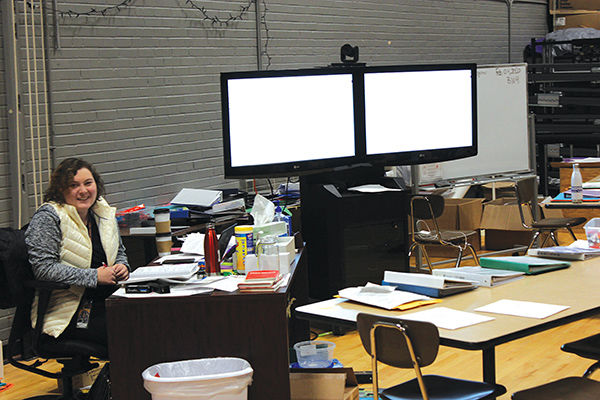 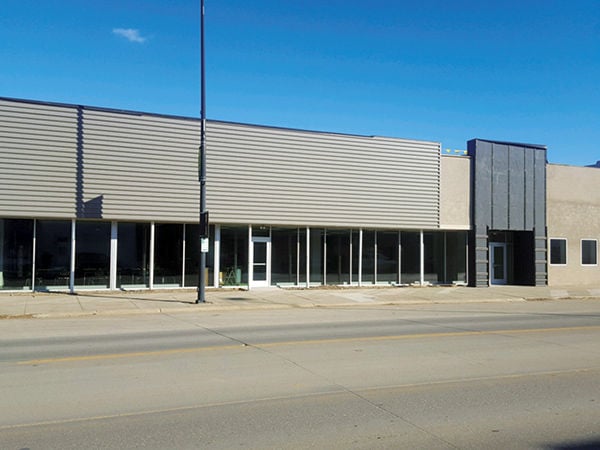 Tekamah-Herman school officials expect to have the new Career Education Center in use within days. The center will be the new home for the school’s ag program.

Tekamah-Herman school officials expect to have the new Career Education Center in use within days. The center will be the new home for the school’s ag program.

For an FFA chapter, the busiest and most exciting time of the year is in full swing.

There are numerous contests for which to prepare, National FFA Week is coming up as is the state convention. For the Tekamah-Herman chapter, its awards night and the annual labor auction finish up the year.

But they’ve got something bigger in mind. Soon, the chapter will finally get to move into its new home. A million-dollar renovation project that converted a former automobile dealership into a career education center is scheduled to be finished in a matter of days.

The school’s array of trade and technical programs, which includes the ag program, plans to adopt the building as a centralized space for classrooms and hands-on learning.

Superintendent Dan Gross said the school needed the new building since career-oriented learning impacts students and their ability to give back to the community.

“We are lucky to be a school our size to have classes that will impact the local economy and state economy we represent,” he said.”

FFA advisor Haley Zabel, who is making her second classroom transition in as many years at Tekamah-Herman, said the new space gives the group, and her regular ag classes, a place of their own.

Throughout the renovation process which started late last spring, ag classes and FFA meetings have been held on the stage in the high school auditorium.

“There are many challenges we encounter with having class there,” Zabel said. “It has made it extremely difficult to get FFA to have a common place. Due to other activities that must be held on the stage, we have had several days where we can’t even be on the stage.”

Zabel said being able to move into the new facility will allow the group to have a set spot and actually get organized, unpack, and put what she called, “the extremely cool curriculum that we have,” into better use.

“Due to the fact we have been on the stage, we haven’t been able to completely unpack or get to certain boxes because we knew we’d have to move again or they are kind of messy,” she said. “Once we get moved and settled, our chapter can grow because we don’t have to worry about other people needing to use the space we are given.”

The new space gives them a place for their medals, trophies, samples, donations, animal science models and other features. It not only provide students the opportunity to showcase their hard work, but to also create an atmosphere where hands-on learning can exist.

One small part of the interactive classroom includes the growing towers which can host seedlings that can eventually yield produce such as lettuce and strawberries.

At the end of the month, Tekamah-Herman FFA will participate in National FFA Week held Feb. 23-29. On Sunday, chapter members will bake FFA cookies. Each day, they everyone at school to dress up following certain themes and a name-that-tune contest will be held.

In the classroom, they will play several different games throughout the entire week and plan to include the elementary students as well.

Chapter members are seeking the local community’s support and participation. Area residents are asked post pictures of what ag means to them or to dress up in blue and gold to support FFA.

Since January, the Tekamah-Herman FFA chapter has competed in a few events and have several more coming up.

The auction, a long-established fundraiser for the chapter, is set for March 3.

At CDEs, held on March 4, members compete in hands-on events such as floricultural where they get to make a bouquet and take a test about it. Other events include livestock management where contestants go through different species, name breeds, tools, different feeds, and take a test.

During the first few days of April, members will take on State FFA convention held in Lincoln. At state, seniors who have earned the distinction will receive their state degrees and members will participate and compete in different events in which they previously qualified.

After state convention, the chapter will hold its end of the year banquet and awards night.