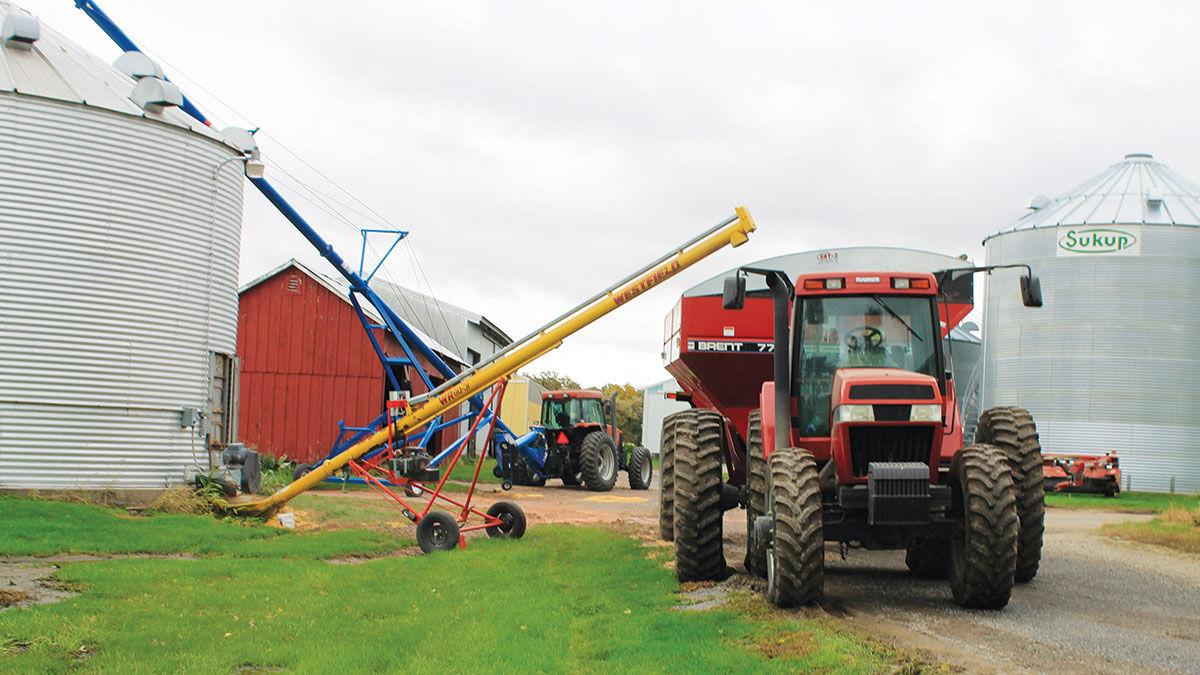 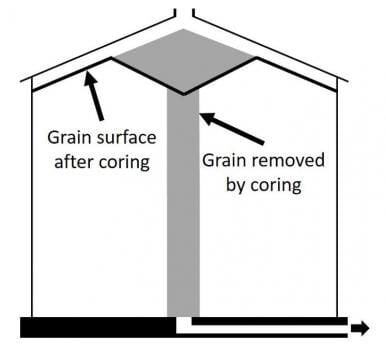 The 2020 corn harvest in Iowa is likely to include increased amounts of damaged grain from the drought, derecho or excessively dry corn.

As grain bins are filled, fines and broken or damaged kernels tend to accumulate near the center of the grain pile, while whole and higher-quality kernels tend to slide to the outer edges of the pile. This leads to a concentration of low-quality and damaged grain in the center core of the bin. This central core receives less airflow and is at much higher risk for spoiling. Reduce this risk by coring the bin as soon as it is filled.

The center peak will be the first grain drawn down through this core to the unloading auger. Unload until half of the grain peak is removed and the grain surface makes a “W” shape.

This serves two purposes. Removing grain with the highest concentration of fines and damaged kernels and making the overall depth more uniform increases aeration uniformity and reduces risk of spoiling during storage.

For a bin with sidewall height roughly equal to diameter, coring bushels equals about 1.5% of bin capacity.