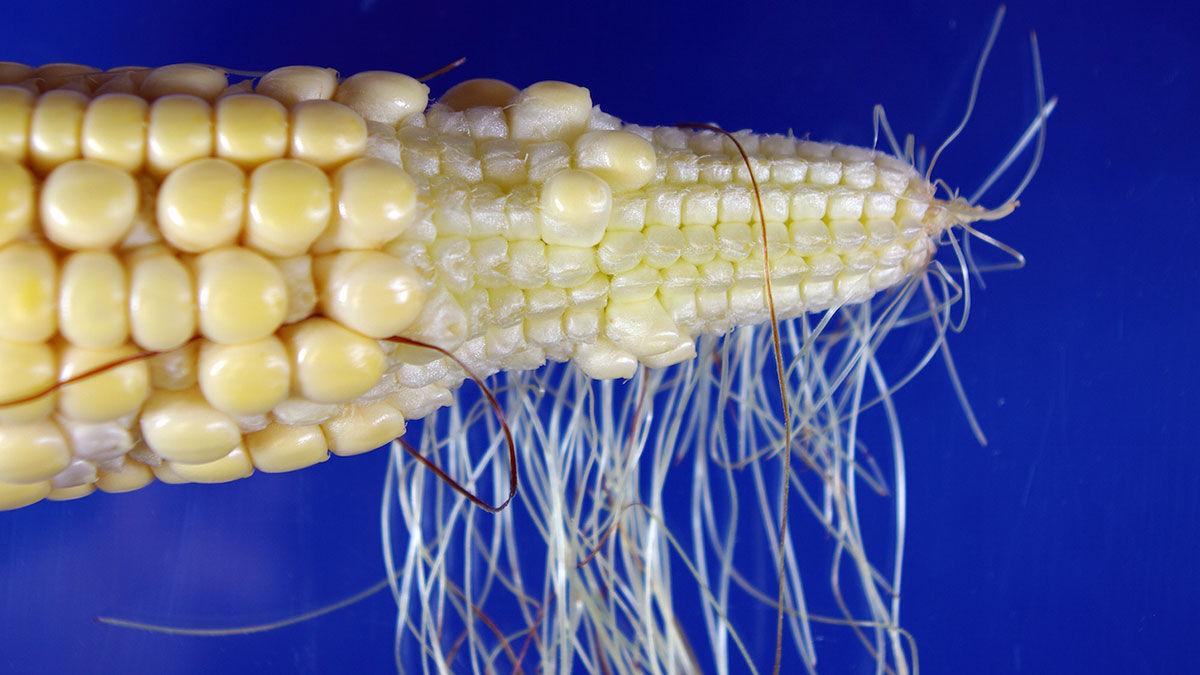 A drought-stressed ear. Notice the unfertilized ovules on tip. 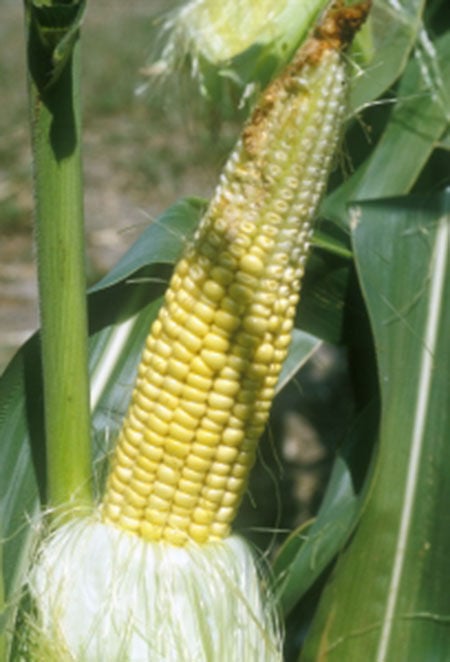 Some tip kernels never fertilized, others in the top half of the ear stopped growing.

COLUMBIA, Mo. — It sounds corny, but if we use our ears, corn ears will tell us why yields are down, says University of Missouri Extension state agronomist Bill Wiebold.

Corn ears tell and show us what went wrong during pollination and fertilization, the most critical time of yield establishment.

The ear takes us on amazing journey of its hard work to make kernels for high yields and profits, Wiebold says in a news release.

Before pollination, the ear collects 1,000 female flowers. The structure that will become a kernel, if all goes well, is an ovule. One silk attaches to each ovule.

Just prior to stage R1, all 1,000 silks jump into action. They elongate under the husks and emerge. When timing is correct, pollen sheds from the tassel onto the silks. Then, pollen grains and pollen tubes begin a courtship dance of sorts. The pollen grains germinate and pollen tubes grow inside the silks all the way to the ovule. Male and female sex cells called gametes then merge to make kernels.

“It’s an amazing process, but in a good year, it successfully happens 15 to 20 million times in each acre of corn,” Wiebold says.

But sometimes things go awry, resulting in poor tip fill or unfilled ear tips. Silks from the ovules near the ear tip elongate later and slower than other silks. These latecomers emerge last and other silks may cover them. Because of this, sometimes these silks do not capture pollen grains.

The first is because of slow silk elongation. Silk elongation slows if there is limited water available. Tassels develop at a normal pace but silks may emerge too late to receive pollen shed. Tip silks are the last to emerge and may be the most likely to miss pollen. Silks that stay attached at the tip indicate fertilization of tip ovules did not happen. As a result, kernels do not grow.

The second thing to prevent ovule fertilization happens during the 24 hours between pollen grain germination and ovule fertilization. Silks must remain fully swollen for pollen tubes to grow. When silks dry during hot or dry weather, pollen tubes stop growing and ovules do not fertilize. This can happen anywhere on the ear. The location depends on where the stress occurred.

Kernels do not grow from unfertilized ovules. Cob tissue is easy to see and looks chaffy as the ear grows. As the ear matures, the cob dries and unfertilized areas shrink. These areas may be less visible at ear maturity.

Sometimes fertilization occurs, but developing kernels abort or stop growing. Kernels within the ear compete with one another for sugars, minerals and water. Because of the path these nutrients take as they enter the ear from the stalk and spread through the ear, kernels at the tip are at a competitive disadvantage to receive them.

Agronomists refer to the symptoms of these problems as “tip dieback” or “tipback.” Some dieback is normal when seeding rates are managed for maximum yield. Tipback may be visible and shows that there are enough ears for the highest yield.

Plants also compete for light and space at high stand densities and some dieback may occur.

“Of course, the number of ears more than makes up for a small reduction in ear size,” Wiebold says.