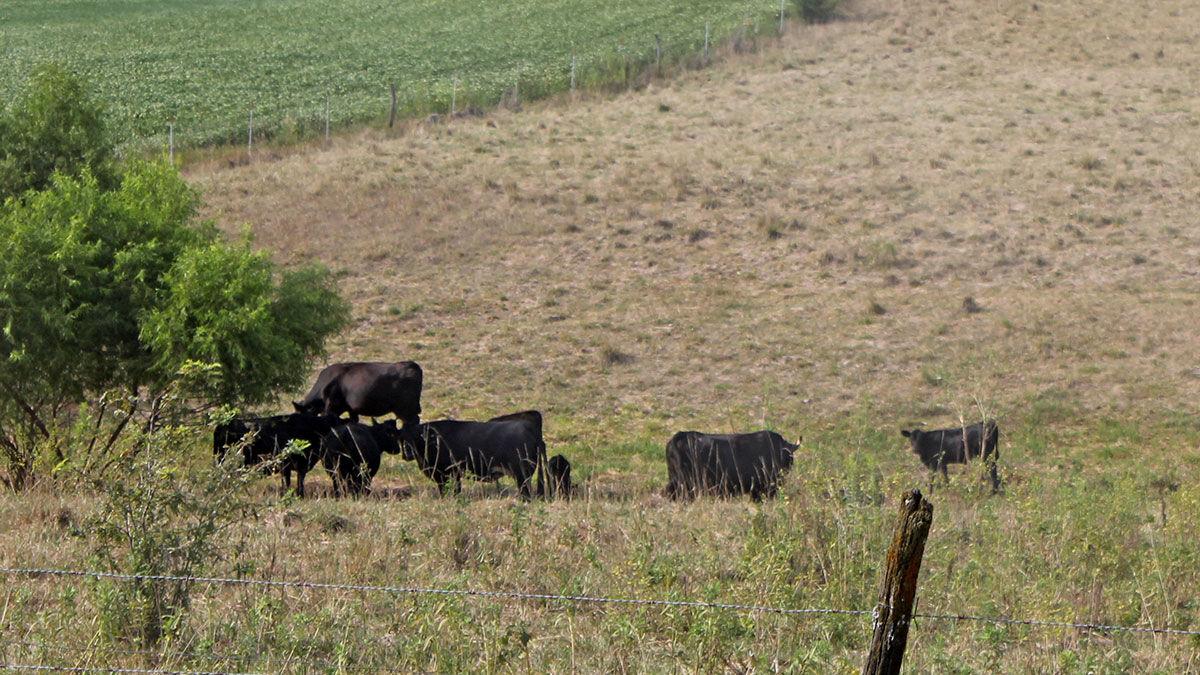 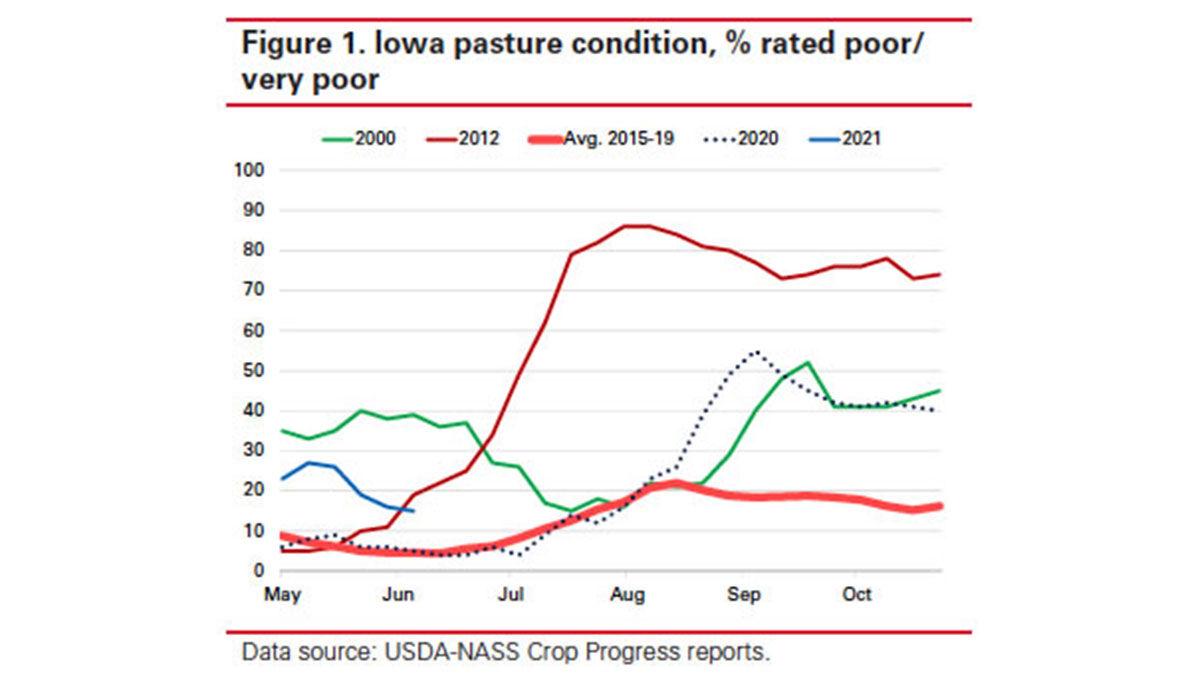 A sizable swath of Iowa is bone dry and getting drier. Corn prices have surged. Hay prices lag corn prices, at least so far. But that may not last, depending on the weather.

Feed management is usually the initial livestock focus in a developing drought. Evaluating standing forage and hay supplies is critical now in order to plan how best to use and stretch those resources, if necessary.

The trade-off between buying feed or liquidating animals, is always economically tricky. As the saying goes, “Hindsight is 20/20. Foresight isn’t.”

Hoping for better conditions is fine, as long as you also plan for the worst. Failure to plan will bring easier decisions later because, unfortunately, fewer alternatives will be available and all of them may be more painful.

Hay yield is the largest factor that can change in the short-run and move hay prices. Hay yield is positively correlated with range and pasture conditions.

Plotting hay prices alongside corn prices suggests a strong, predictable relationship exists. From July 2012 to July 2013, Iowa corn prices averaged $7.08 per bushel. The price received for alfalfa hay produced in Iowa was $231 per ton. Other hay (excluding alfalfa) fetched $148 per ton. Prices then dwindled through 2017 in a mostly synchronous fashion.

In 2017, the calendar-year average for Iowa corn came to $3.30 per bushel, alfalfa was $103 per ton, and other hay was $83 per ton. Corn prices more than halved in those four years, while other hay and alfalfa prices simultaneously dropped 44% and 56%, respectively. The next two years saw slightly higher prices before all prices fell congruently in 2020.

Prices received for corn and hay, as reported here, are from USDA’s monthly Agricultural Prices report and represent sales from producers to first buyers. They are survey based estimates and include all grades and qualities.

Not necessarily. These markets are indeed strongly correlated. But correlation does not automatically equal causation. Casual observers perceive that acres can easily shift among crops to quickly return to equilibrium price levels. However, a significant shift from hay and pasture production to corn seems unlikely. Much of the hay is perennial. Higher feed prices will make forage crops even more valuable. Specialized hay machinery can be a large up-front cost that needs to be recouped over many years. For pasture, its fencing, watering systems, and multi-year pasture management that provides some fixity.

In most markets many factors drive prices. Supply, demand and prices of hay are no different. Hay is a highly regional crop. It can have dramatic production and price differences among states. Plus, hay is a difficult commodity to transport, which can exacerbate supply situations.

The hay crop year runs from May through April so the May 1 stocks are the beginning stocks for the current year. Beginning stocks suggest some increased supplemental feeding could be accommodated.

The Livestock Marketing Information Center has a supply and demand balance sheet for all hay. LMIC projects this year’s national hay supply will be the highest per RCAU since the 2017-18 year.

Hay use per RCAU will be a big wildcard. It depends on how much supplemental feeding is needed, which, in turn, depends on pasture conditions. Interestingly, 53% of Iowa pastures are in good or excellent condition. This is only somewhat lower than is typical for early summer. For the first week of June 2012, 45% of Iowa pastures were in good or excellent condition. It was only 30% in early June 2000. Better conditions in parts of Iowa and surrounding states will improve ability to find and move hay to where it is needed.