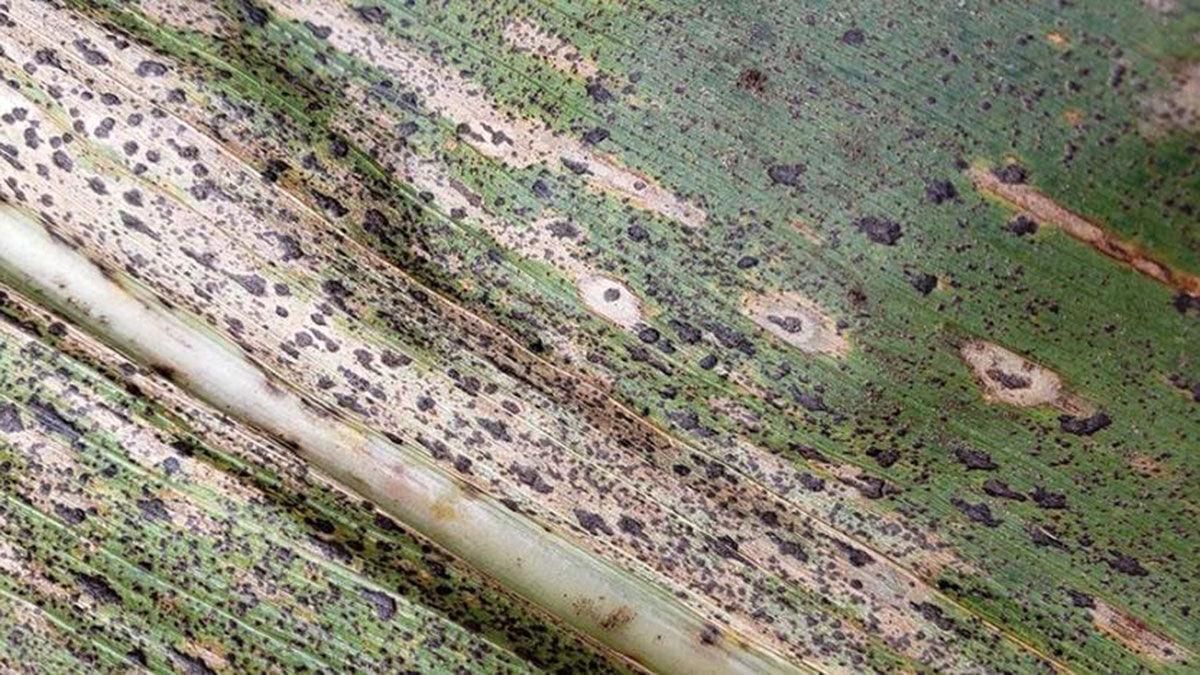 Tar spot disease of corn has been confirmed on samples from corn fields in several eastern Nebraska counties. 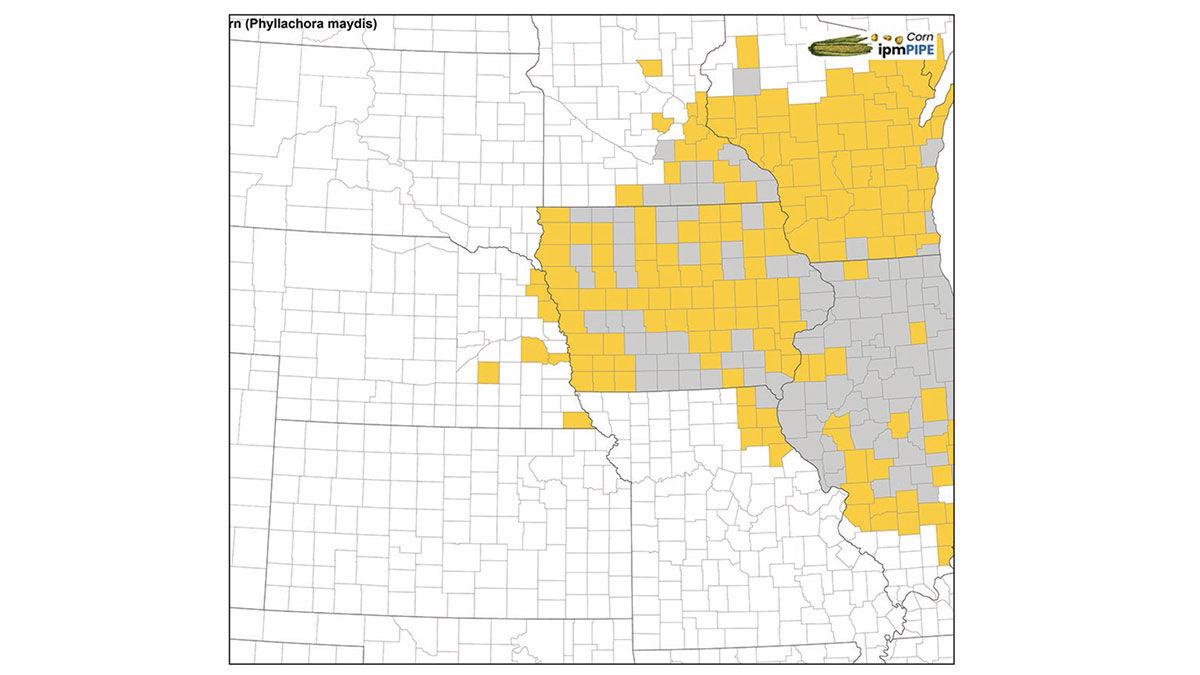 Tar spot initially developed in western Iowa in September 2019, but was seemingly inactive since then when conditions were dry. However, with the development of rain showers in the region, colleagues from Iowa State University were able to confirm active tar spot in all of the westernmost counties of Iowa along the Missouri River during recent weeks.

Tar spot was first reported in the Midwest in 2015. Since then the disease has continued to spread through the Corn Belt.

Often, the disease develops late in the season during cool, damp conditions in the fall and causes little damage. However, early and severe tar spot has reportedly caused yield loss of up to 25-30% in some Midwestern fields.

The disease can also impact quality of other corn products, including silage, stover and husks.

Tar spot produces small, raised black spots across the upper and lower leaf surfaces that cannot be scraped off the leaf surface. A tan to brown halo may surround the ascomatum, giving it a “fisheye” lesion.

A preliminary identification can be made in the field, however, microscopic confirmation is needed to differentiate tar spot from other pathogens, especially later in the growing season.

There are still unanswered questions about the biology and life cycle of the fungus causing tar spot. Cooler temperatures (optimally 60-70 degrees) and seven or more hours of damp conditions seem to be most favorable for disease development and spread. The fungus overwinters in infested crop debris so disease will redevelop in the same areas once the fungus is established there and weather conditions are favorable again for the fungus to reproduce and infect.

Foliar fungicides have been effective at managing tar spot during the growing season but must be applied near disease onset for best results. Routine scouting for diseases is important when making fungicide application timing decisions.

Recent studies in the eastern Corn Belt have demonstrated that corn hybrids varied in their reaction to tar spot. Some seed companies have already begun to provide hybrid disease ratings for tar spot.

Crop rotation to other crops may help to reduce disease severity in future years, although it’s unknown how many years will be needed to reduce the amount of overwintering fungal inoculum that will cause disease later.

Because the fungus overwinters in infested crop debris, tillage may help to decompose affected tissue and reduce disease later but is not practical in all scenarios and won’t eliminate disease pressure. Movement of infested corn plants and tissue will likely move the fungus to new areas, so be mindful of the geographic area where corn is produced when moving stover or other cattle feed products to avoid or limit accidental introduction of this and other pathogens to new areas.

For 2022, planting decisions relative to corn and soybeans are likely more complicated than usual due to rising production costs and uncertainties about commodity and fertilizer prices.

Tar spot disease of corn has been confirmed on samples from corn fields in several eastern Nebraska counties.