As things wrapped up in Wyoming, the A-Team crew enjoyed a day sightseeing in Scottsbluff, Neb. 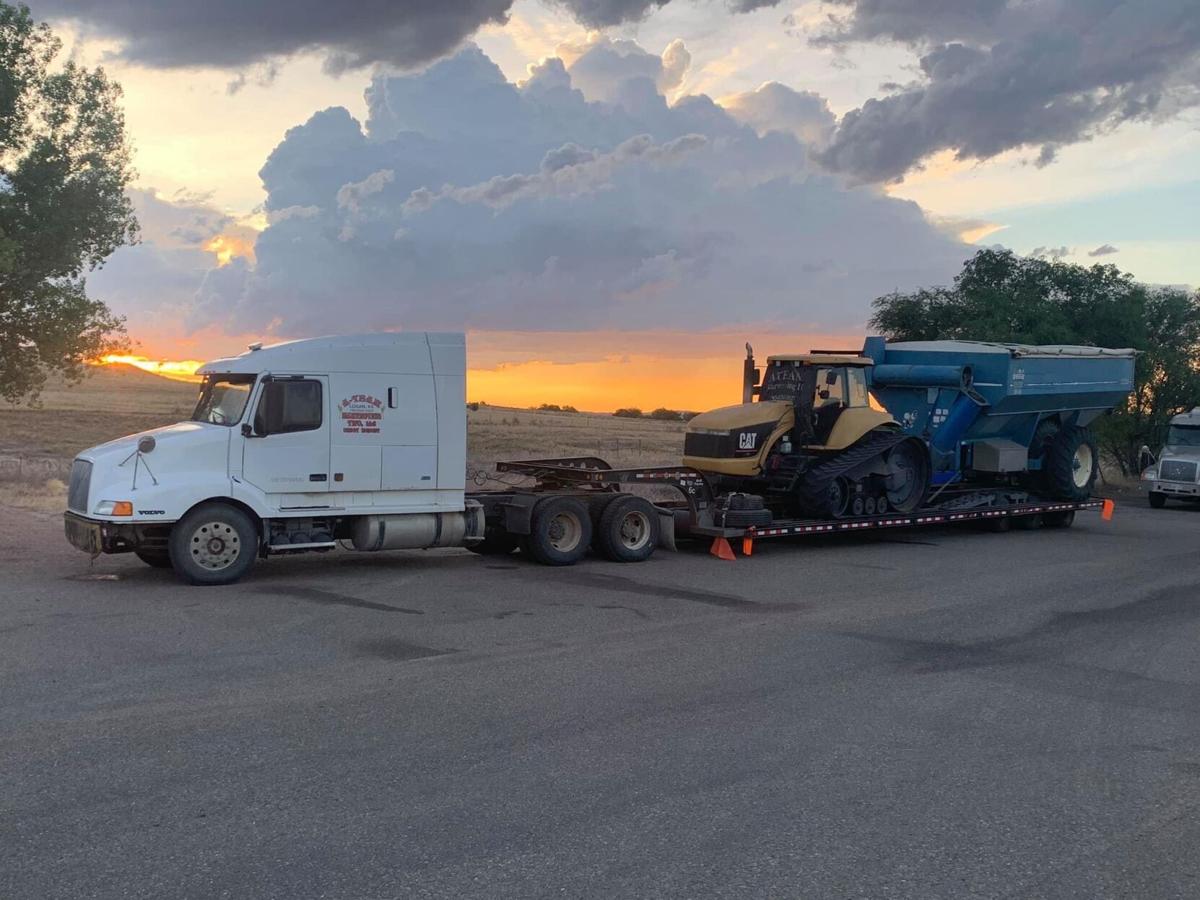 Moving day for A-Team Harvesting is always a busy one. The crew was set to move north to Billings, Mont., the end of July.

As things wrapped up in Wyoming, the A-Team crew enjoyed a day sightseeing in Scottsbluff, Neb.

Moving day for A-Team Harvesting is always a busy one. The crew was set to move north to Billings, Mont., the end of July.

From the northwest corner of Oklahoma to the southeast corner of Wyoming, A-Team Harvesting 2, LLC, has covered a lot of ground through America’s Heartland. Not much seems to slow this crew down as they thrash their way north.

The crew was wrapping up operations in Le Grange, Wyo., on Friday, July 17, when owner/operator, Justin Ashmore called in for a phone update. He says wheat conditions in this corner of the Cowboy State are less than ideal.

“There is a lot of sawfly damage. We are probably cutting 10-25 bushel wheat,” he said.

As A-Team Harvesting moves north, their stops become further and further apart. The proof is in the pudding because the next stop for the crew will be all the way up in Broadview, Mont., some 480 miles north of where they currently are.

Broadview lies just to the north of Billings, Mont., and Justin has family there, so this stop is always a highlight of the harvesting season.

The crew wasn’t scheduled to start cutting in Montana until about July 25, so with a few extra days on their hands, Justin and his hard working crew were going to take a “relax day,” as he calls it, and hop on over to Scottsbluff, Neb. For the remainder of their down time, if you can even really call it that, there will be plenty of equipment repairs that need to be done

Justin laments that repairs are just part of the norm when it comes to a custom harvesting crew. As if the constant grind on equipment isn’t hard enough on things, Justin says the heat can be damaging, as well. It can be a bit of a battle to keep air filters and radiators blown out and clean, but the A-Team crew understands the duties come with the territory.

July also proved to be a big month for Coda, Justin’s youngest daughter. Thus far, her duties on the harvesting crew have included helping shuffle vehicles around in the fields, helping round the campers at night and keeping her dad company on his combine, but all of that is about to change.

Coda isn’t totally independent with the machine yet, she still has someone riding in the side seat helping her out, but big, flat, open wheat fields are a perfect place to learn how to drive big equipment. Although Coda is barley big enough to see over the steering wheel, it won’t be long before she will be operating the grain cart all by herself.

With Coda training to be a grain cart driver that means Cora, too, will have to move up the totem pole. Cora is now in the beginning stages of learning how to operate a combine and she even unloaded her first combine off of a trailer all by herself.

Although working for a custom harvesting crew isn’t a typical job for most youth today, the experience carries many life lessons.

“This is a phenomenal learning experience. These kids learn so much about themselves sitting out there in a tractor for 14-16 hours,” Justin said.

That many hours alone gives an individual plenty to contemplate. Right now, COVID-19 and its impacts weigh heavy on the minds of those on the A-Team Harvesting crew. Not even rural American seems safe from the illnesses’ tentacles and a couple people on the harvesting crew have loved ones that are fighting the illness on the front lines.

“We are thinking a lot about our friends and family back home,” Justin said.

Times are unprecedented, that is for sure, but Justin and his youth-filled crew do their best to stay focused on the immediate stop in front of them. After harvesting wheat in Billings, A-Team will then be on to Tioga, N.D., and then, after spending all this time moving north, it will be time to turn around and head south again.

Nebraska Department of Transportation is hiring Highway Maintenance Workers in