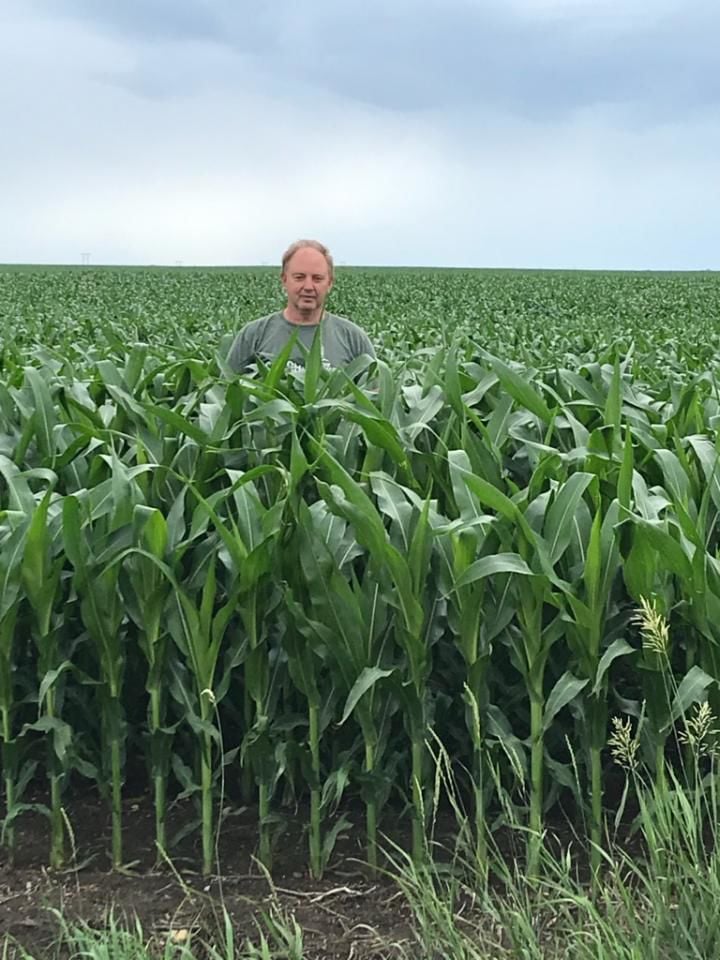 Steve Huber in his corn field on July 2. 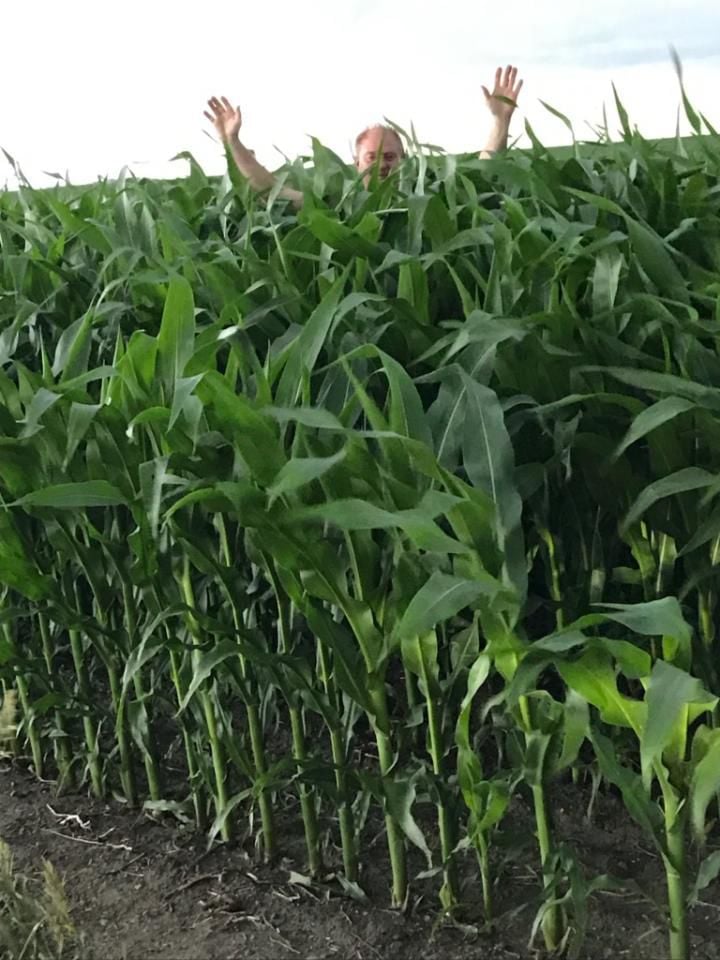 Picture taken in the same area on July 8

Steve Huber in his corn field on July 2.

Picture taken in the same area on July 8

BERLIN, N.D. – The past few years Steve Huber has been experimenting with different corn seeding methods and he seems to have hit the right combination, especially since he was named the 2019 North Dakota Corn Growing Champion in the reduced tillage category. This class includes strip-till, minimum-till, mulch-till and ridge-till in the non-irrigated category. In addition, using the same methods, his son was named champion the previous year.

One of the big challenges in seeding corn with these tillage methods is the slow start the plants first get, when compared to those planted with conventional tillage, Huber noted. His operation involves putting down the bulk of the needed fertilizer in granular form using a hoe drill and then coming behind with the corn planter. The planting operation applies some liquid starter fertilizer and the corn is planted in narrow strips that have had the trash cleared away, thus allowing that soil to warm up faster than soil covered with crop residue. He also feels good starting vigor is an important part in attaining high yields.

Huber had a late start to planting last year, like much of the region. His yield contest field wasn’t planted until May 10.

“If a certain variety has a little bit of a cold foot that shows up at the end of the season, the yield isn’t there for those (varieties) that are slow coming out of the ground,” he said.

His champion yielding corn last year was a DeKalb variety, DK C45-66, a 95-day corn. That variety also has what he calls a “flex-ear,” which means the variety isn’t locked into a certain ear size in terms of length and diameter, but rather will keep expanding if there is adequate moisture and fertility.

Accepting the need to save time and money, Huber looks for ways to eliminate trips across the field during the growing season. The area already mentioned is fertilizing the crop. All of the fertilizer is applied either in the fall or spring, although for the 2019 crop all of the fertilizer was spread in the spring.

“The corn follows soybeans and we load that up pretty heavy with phosphorus, zinc and some of the other minerals,” Huber continued, “so the ground is pretty fertile at that point (when they plant corn). It is just the nitrogen that we need to put a lot of down in the spring. I do soil test in the fall and usually put down a little more than what the recommendations call for, so there is extra out there for the corn to use.”

He also usually ends up with a one-pass herbicide program. They don’t use a pre-plant and the spray operation is usually done when the corn reaches a height of 6-8 inches and is a tank mix of what ever herbicide is most needed for the weeds present and glyphosate.

“This pretty well keeps the field clean for the whole season,” he noted. “The crop canopies out and you see very few weeds in the field. We have used that chemical combination for the last three years and we are just super happy with it. You don’t have to put a pre-emergence down and you don’t have to come back with something to clean up later.”

He feels that one herbicide application is a bit of a yield booster, too.

The corn got off to a slow start due to a lack of heat units and Huber was a little concerned how the corn was going to end up. But in July the corn really took off.

“We took some pictures and around the first of July the corn was only waist high, and about five days later the corn was over my head,” he said. “I don’t like all of the trash out there in the fall that you have to contend with, but usually when you have more leaves on the plant it is going to yield better.”

Huber finished harvesting corn right after Christmas, which was about a month later than when he first planned on putting the combine away. The corn moisture at harvest ranged from 21-26 percent moisture.

“With the cold and wet fall we had, that was about the best you could expect,” he said. “The test weight this year was anywhere from 49-52 pounds. Usually we are 58-60 pounds, but it did pretty well, even with all the shrinks out of it.”

Huber did plant a 90-day variety, and once harvested, that was two points wetter and three points lighter.

“I had 60 acres of that corn in and it weighed 46 pounds and had 23 percent moisture when combined. It was the last stuff combined,” he said.

As for the 2020 crop year, Huber again plans on entering the corn yield competition, since it is an actual representation of his corn fields – not a pampered certain acreage.

“There is nothing special that goes into any of it. What gets done on one field is done on 100 percent of every field – there is no tender-loving-care on those fields that are going for test plots,” he explained.

Most years his crop rotation is one-third corn and two-thirds soybeans, and if he puts some wheat into the rotation, it goes into the soybean acreage.

“I don’t like to put corn on old corn ground,” he noted. “I have found you can lose 35-40 bushels pretty fast, since you can’t get enough fertility back into the old corn ground.”