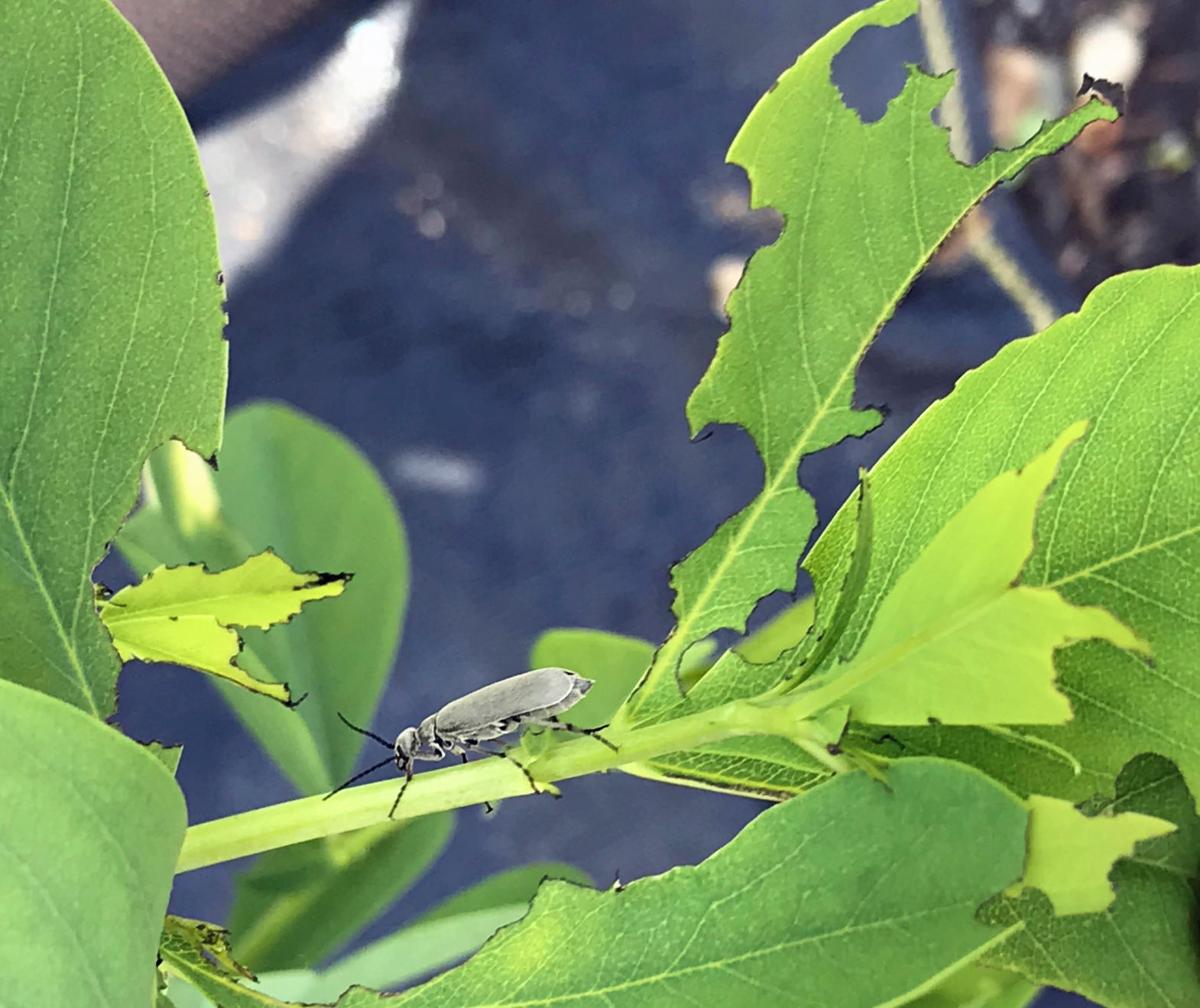 Some areas of the state are seeing an increase in the number of blister beetles this year, according to Janet Knodel, Extension entomologist at North Dakota State University. This higher level of blister beetles should be a concern for those putting up hay and also canola growers in those heavily affected areas, which right now seem to be concentrated in the northeastern corner of North Dakota.

Knodel has received reports of higher than normal populations around Hazen, N.D., and she has found them in soybean fields as far east as Fargo.

Adult blister beetles range from one half to one-inch long and have a characteristic narrow, elongated, soft body with a head wider than the pronotum. The flexible wing covers are rounded over the abdomen and the color ranges from black to gray to brown.

Blister beetles belong to an insect family that contains cantharidin, which is a toxic defense chemical that protects the beetles from predators. However, the cantharidin in the bodies of dead or living beetles can also be toxic when ingested by livestock, Knodel notes, with horses being especially sensitive. This insect has also been known to occupy bees’ nests where they feed on eggs and food stored in the nests.

“They can also be a pest in canola,” she said. “They are attracted to the flower during flowering, feeding on the nectar and pollen. But, in the process, they also clip the terminals and that is where the pods develop – or they will clip the flowers off.”

However, there is a beneficial side to blister beetles as well, Knodel noted. This comes from the beetle’s early-life appetite for grasshopper eggs.

As is often the case, to understand an issue it is best to have an understanding of the life-cycle of the subject in question.  Female blister beetles lay clusters of eggs in the soil during late summer. Small larvae then hatch from those eggs and crawl across the ground’s surface in search for cracks in the ground that might contain grasshopper egg pods. Once a mass of eggs is found, the blister beetle larvae become immobile grubs. The following summer these grubs pupate and eventually emerge as adult blister beetles.

From this life-cycle outline, it is easy to see how the blister beetle population could make a huge upturn after a dry summer with high grasshopper populations, which was the case last year in the northeastern part of the state.

The first flower of choice for the blister beetle is alfalfa blossoms, followed by canola and soybean flowers. There are several steps a producer can take to reduce the risk of toxicity from blister beetles:

Cantharidin is a blister-causing agent that is quickly absorbed upon contact and causes inflammation and blistering of internal and external body tissues, according to an NDSU Extension bulletin on the subject.

Research has determined the lethal dose of cantharidin to be approximately 1 milligram per kilogram (2.2 pounds) of horse body weight. This means that 200 blister beetles could have levels of toxin sufficient to kill an adult horse.

Poisoning symptoms usually appear within hours and include irritation and inflammation of the digestive and urinary tracts, colic and straining due to frequent urination. Animals can die within 72 hours after being exposed.

A horse that has been affected by cantharidin needs immediate medical attention, which includes IV fluids to flush out the kidneys, rehydrate the animal and return balance to the body’s electrolytes. But, even if caught early, cantharidin toxicity has a guarded prognosis in horses.

Finally, hay suspected of being infested with blister beetles should be checked for beetles before feeding. Hay found to be contaminated should not be fed to horses or other livestock, and removal of the beetles from the hay will not make it safe.

Very seldom is it necessary to spray an entire field for blister beetles, Knodel said. The beetles like to congregate in a group and growers should check for spots where the beetles have gathered. The spraying threshold for canola is 10 beetles per plant when they are feeding on flowers and pods.

“We see a few every year in canola, but in terms of economic yield loss, it really is not like flea beetles,” she said. “Each year we have a few blister beetles, but not like the numbers we are seeing this year in some alfalfa fields.”