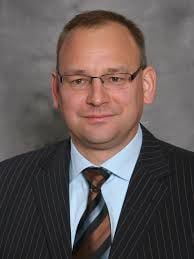 That was the recommendation of Jochum Wiersma, University of Minnesota small grains specialist, speaking at small grains update meetings in January.

The unusually wet and cool 2019 growing season led to an average hard red spring (HRS) wheat yield in Minnesota of 57 bushels per acre, averaging about 10 bushels lower than the record set in 2017. The 2019 yield was just below Minnesota’s trendline yield of 60 bushels per acre.

Wiersma pointed out that the average HRS wheat yield in Minnesota has doubled over the past 25 years. Wheat production also remains a good crop for rotation and spreading out the growing season workload.

Wheat production was challenging in 2019 with sprout damage and quality issues.

“Falling number problems were widespread across the region,” Wiersma said. Wheat that was harvested earlier tended to meet the Hagberg falling numbers (HFN) specification of 300 seconds or greater.

Wheat fields that received rainfall before harvest generally had lower falling numbers. Germination and vigor tend to decline over the winter in wheat samples with low HFN numbers.

Early indications had suggested a cold snap brought on alpha-amylase production. A low HFN test value can indicate there is a large amount of the alpha-amylase enzyme present and active in the seed at a time it should be dormant and inactive.

Further testing suggested that alpha-amylase didn’t cause the low HFN, but rather repeated wetting and drying of the wheat kernels resulted in blind sprouting.

“A blind sprout (i.e. the absence of visible sprout damage) means that dormancy was broken – through the repeated wetting – to break dormancy,” he said, “but not enough time had elapsed to see a visible sprout.”

Farmers will want to complete germination testing of their 2020 wheat seed, and also make sure the seed is very clean. In addition, a seed treatment will help improve seedling vigor and seeding establishment this spring.

“If we discount the record rainfall and all the sprout damage and all of the quality issues that came about because of that, we would only be talking about Fusarium head blight,” Wiersma said, “because it was a bad year for FHB – as bad as 2008.”

MN Torgy will be distributed as Foundation Seed through the Minnesota Crop Improvement Association to its members for 2020 production.