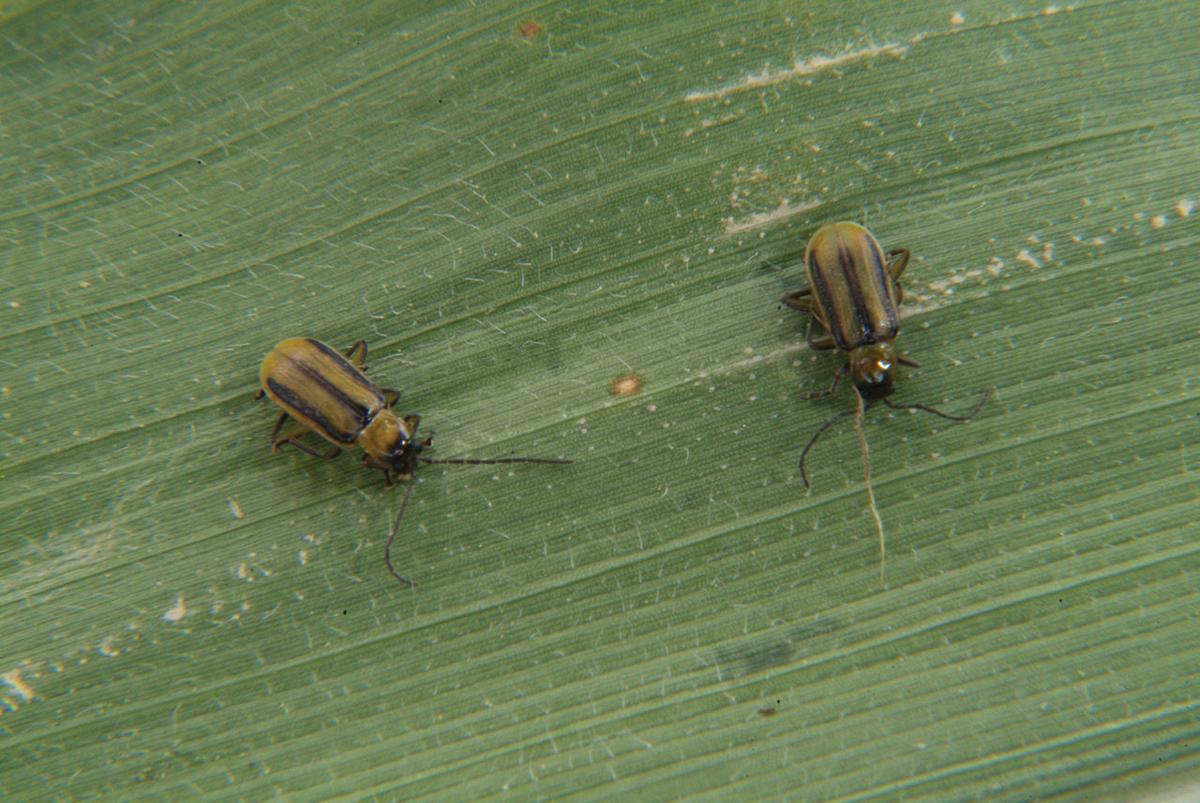 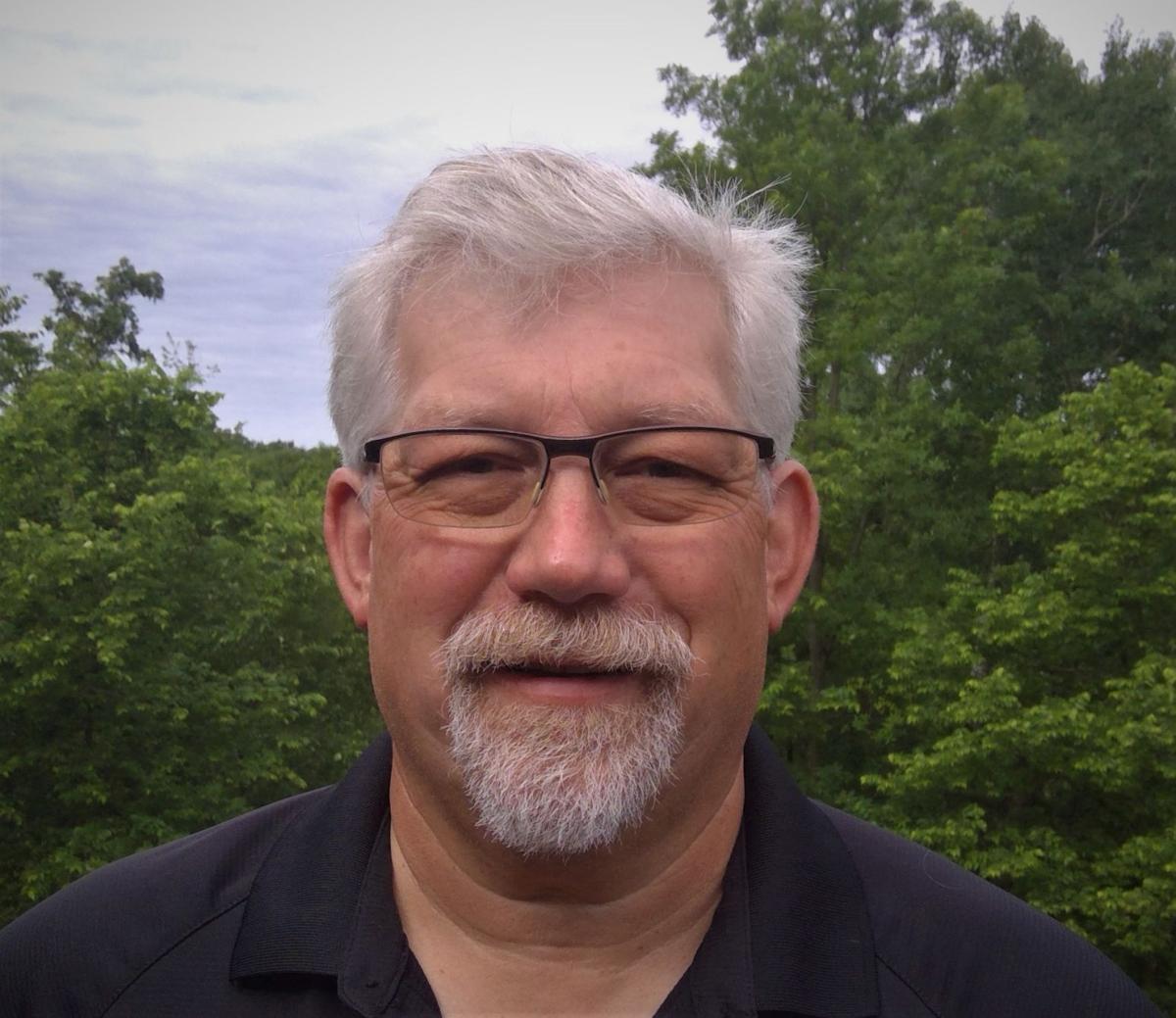 Corn rootworms (CRW) are out in the cornfields and adapting to control management techniques. In December 2018, scientists reported the pesky root and silk/pollen eaters showed resistance to four types of Bt proteins contained in traited corn.

Ag businesses are now asking growers to help determine the extent of CRW in their fields in 2020.

If CRW cause a 3-bushel per acre loss across the U.S.’s 91-plus million corn acres, that’s a loss of $1 billion annually. The loss of one node (circle of roots) eaten to within 1/2-inch of the stalk/corn plant could result in a 17 percent yield loss – across an entire acre that’s about a 34-bushel loss.

That’s why it’s so important to understand CRW morphology and presence. What happens this July could dramatically impact CRW larvae populations that hatch to hurt the 2021 crop.

At 500-700 growing degree units, the CRW eggs are most likely hatched for 2020, said Tim Dahl, Syngenta agronomist, Peterson, Minn. The females oviposit eggs in cornfields where they overwinter, hatch in the spring and feed on corn roots.

The CRW larvae molt, which is referred to as “instar stages” that occur every 7-10 days. In early July, CRW in the first instar are about 1/8-inch long. During the second instar, the larvae reach 1/4-inch, and in the third and final stage, the larvae are about 1/2 inch long. At this point, it’s possible to dig up corn plants and dunk them in 5-gallon pails filled with water. The CRW float to the top, and it’s also possible to see how much root feeding has occurred.

“The majority of the damage happens, in my opinion, in that second and third instar when they are really chewing on the roots,” Dahl said, “but we can see silk clippings where the adults feed after emergence. This can cause pollination issues under severe feeding.”

Another idea for tracking CRW is with those bright yellow sticky traps that catch the adult yellow and black/green beetles during pollination. It’s not much fun to spend your days traipsing through cornfields in July, so Dahl recommends coming up with a plan first to select areas most prone to CRW.

Continuous corn acres are more likely to harbor CRW, so that’s a good place to start with sticky traps, he said. In general, when the adults emerge, they lay their eggs usually within a field or even within the row where they came out of the ground.

“If scouting reveals 1-1.5 beetles per plant, CRW larval feeding activity may be high the following year,” according to Meade McDonald, Syngenta commercial product lead for insecticides.

There is a caveat though – just because you don’t see adult CRW beetles doesn’t mean they weren’t there. If silks and pollen are dried up and there isn’t another good food source within the field, beetles will move to a better food source.

“If we are growing continuous corn and we don’t use traited hybrids and/or effective insecticides out there, it could be a disaster if we’re just relying on sticky trap counts,” he said.

He added that Minnesota also has northern CRW that exhibit extended diapause and a western variant that may lay eggs in soybeans and other crops. That makes it important to check a variety of cornfields for signs of beetles.

• Use a non-host crop rotation

• Scout fields during pollination, silking and ear development for beetles

• Use a non-host crop rotation

• Scout fields during pollination, silking and ear development for beetles. Set up sticky traps, conduct root digs, watch for news of CRW reports for your area. Note reports of extended diapause or CRW beetles feeding on other plants in addition to corn.

• Use additional control of CRW larvae with soil-applied insecticide such as Force 6.5G or Force Evo

“The point is, it costs a lot of money to put a person and the fuel in a combine,” he continued. “If 20 percent of the plants in a field are lodged, you’re probably going to have to double the amount of time, and wear and tear, and costs to harvest those acres.”