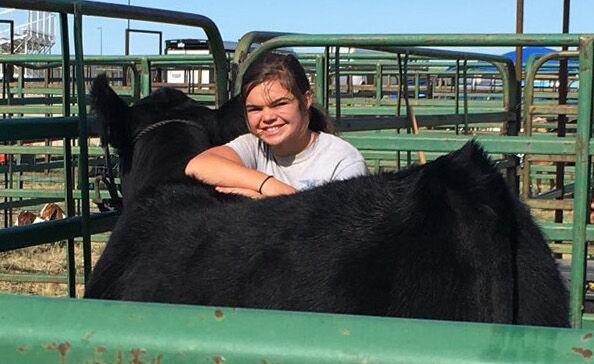 Taylor Downing won the overall showmanship championship with this steer at the 2020 Stark-Billings Achievement Days at the Stark County Fairgrounds. She is taking a heifer this year to the state fair. 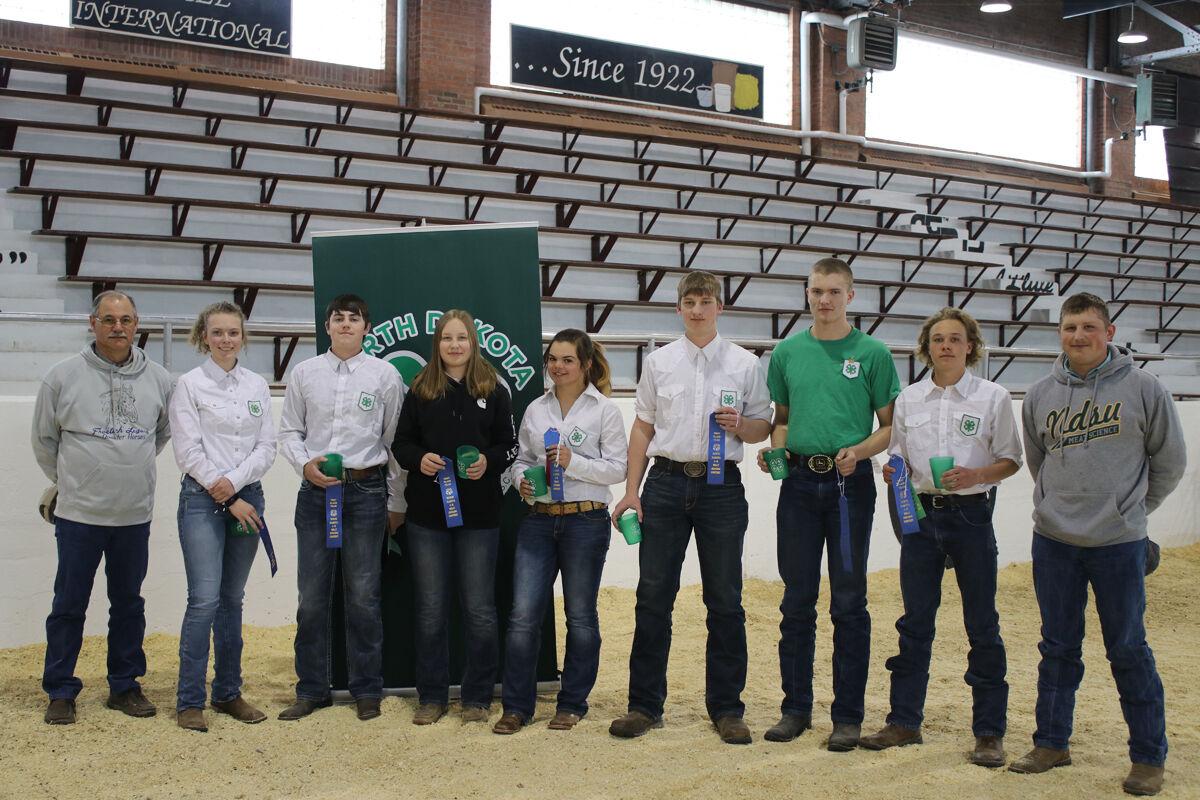 Stark-Billings County 4-H member Taylor Downing had an exciting third week of May, as she was part of the team that recently placed first in the state 4-H meat judging contest in Fargo.

“It was an exciting awards ceremony because so many of the ceremonies or events over the past year were virtual or were cancelled because of COVID-19. We had a live awards ceremony at the end of the meat judging contest recently, and it felt more real,” Downing said.

She said have a “live” awards ceremony provided a sense of camaraderie and a feeling that events were finally “getting back to normal” after a long pandemic year.

During the meats judging contest, Downing and her team members had no idea how their individual or team scores were adding up until the ceremony. It made the event even more “surprising and fun,” and it seemed more natural that way – the way award ceremonies used to be before 2020.

Downing was one of those high school seniors that graduated in 2020, and missed out on a lot of the celebrations a senior would normally have experienced.

“We still had a graduation ceremony, but not like those seniors who are graduating this year. I am so glad they are getting those opportunities,” she said.

Downing is attending college at Dickinson State University, working to earn a degree in ag education. She hopes one day to have a career as either an advisor for high school students or as a 4-H Extension agent and educator of both kids and adults.

But she still qualifies for 4-H events in 2021, including the local county fair.

“I am taking some indoor projects, a horse, and a heifer to the fair this year, and hopefully, I will be taking a bred heifer. We’ll know when we preg-check next week,” she said.

Her parents, Tina and Jason Downing, have an Angus cow/calf operation and so does her grandfather, Melvin Schoch.

“Normally, I would buy a steer from someone to raise, and also bring a heifer from our own herd to the state fair. But I didn’t know I would be showing until January of this year and we don’t save replacements. So I got a heifer from my Grandpa’s herd,” she said.

Downing is currently busy halter-breaking and training her heifer for the fair.

“I am excited to see how she turns out,” she said.

It has taken some patience to keep the heifer’s halter on, so Downing has affectionately been calling her “Houdini.”

“I’ll go in the arena and the steer will have his halter on, and she’ll be there with her halter off and it will be laying next to the feed bucket. It is like she is laughing at me, saying, ‘try to get that back on me now.’ But we actually have gotten her to keep it on for the past two weeks,” she said.

The steer is a companion animal for her heifer, and won’t be shown at the fair.

Downing also does hair work with her heifer, much like she did last year with her steer.

Last year, Downing received a reserve champion for her steer, and champion overall for beef showmanship with the steer.

“I try to do hair work, growing it out so I can groom it to look fuller and better on fair day,” she added.

The 4-H state meat judging contest was held in Fargo at the Meat Lab, with a total of three teams competing.

One part of the contest consists of team members identify classes of meat.

The most difficult part of the contest for Downing was the Retail Identification part.

“They put out a cut of meat and we have to be able to identify which species it came from and whether it was beef, pork, or lamb. Then we had to identify where exactly on the animal the particular cut of meat comes from, say like a T-bone,” she said. “In addition, we have to be able to give the recommended cookery method for it, whether a crockpot, a grill, or other method.”

How do Downing and the other members of the team prepare and practice for meat judging?

“We have very extensive practice at the new Extension office in Dickinson, and we gain information from different websites,” she said.

One of the more effective ways the team members practice is by going to the grocery store.

“We look at different cuts of meats by going to the meat aisle of the grocery store. Our coaches and advisors pull out cuts of meat and we have to identify them that way,” she said. “Let me tell you the funny looks we get from customers in the store when we are doing that.”

“Our coaches always help us a lot,” she added.

Taylor Downing won the overall showmanship championship with this steer at the 2020 Stark-Billings Achievement Days at the Stark County Fairgrounds. She is taking a heifer this year to the state fair.