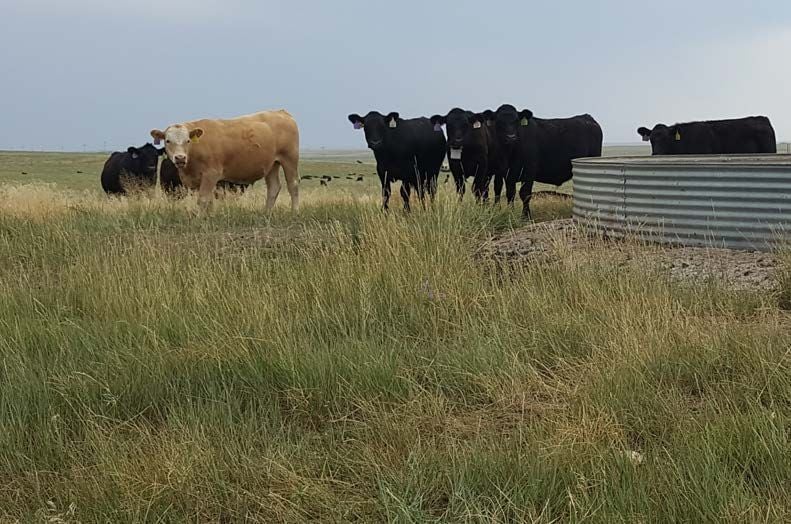 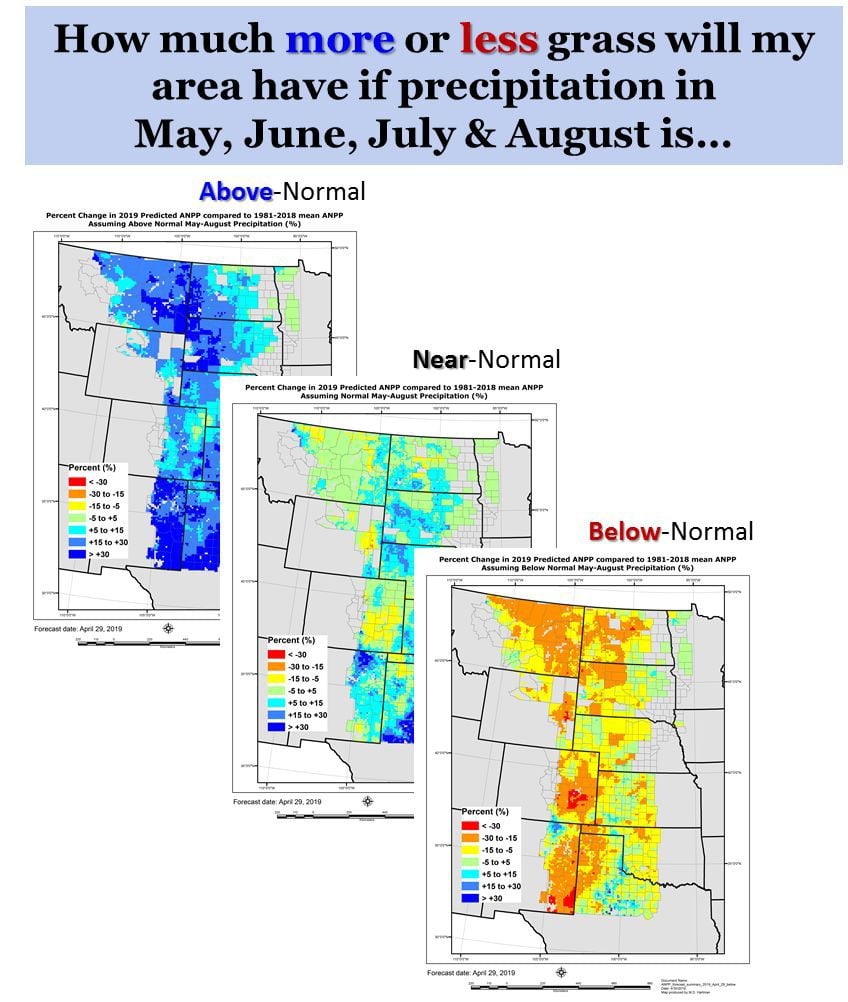 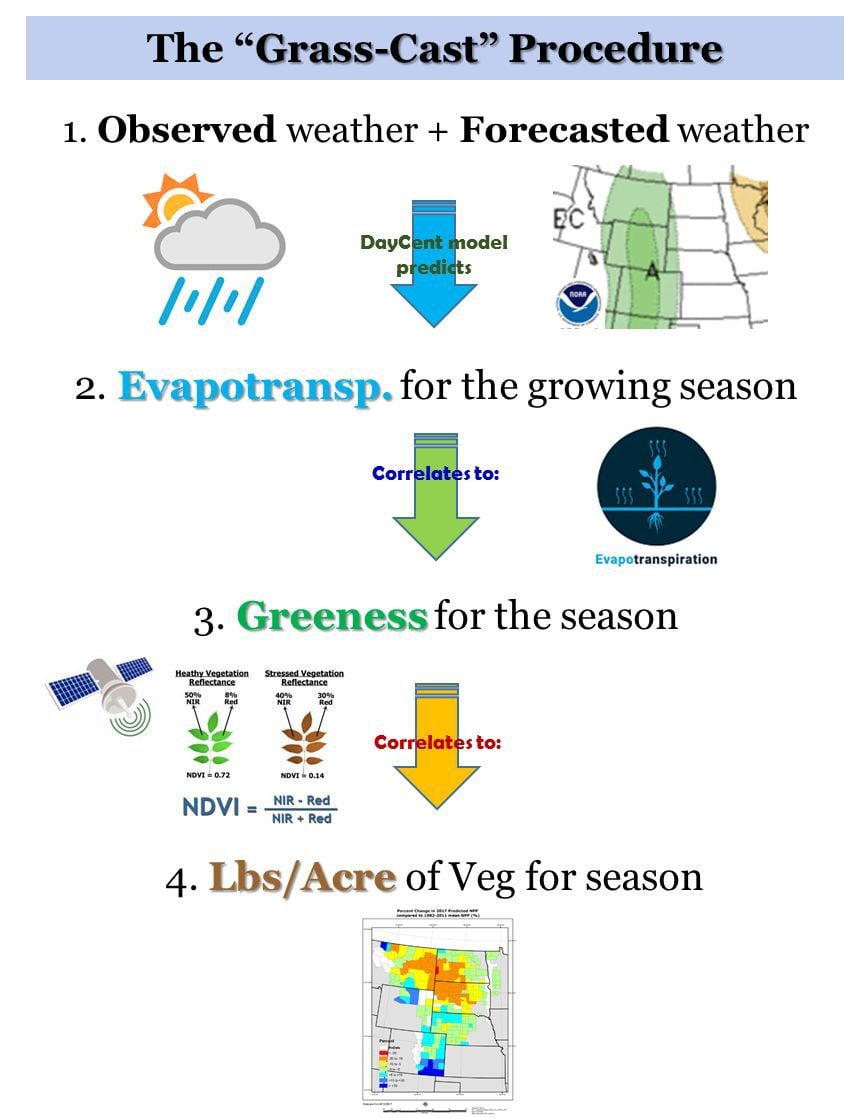 A flow chart diagram of how the Grass-Cast is put together by the various agencies involved.

A flow chart diagram of how the Grass-Cast is put together by the various agencies involved.

Up until recently, most precision ag tools have been for those producing crops, but a coordinated effort with several groups has resulted in a precision ag forecasting tool that will help cattle producers predict the forage production on their range or grasslands.

Grass-Cast, a grassland productivity forecast, uses relationships between historical weather and grassland production. It combines current weather data and seasonal climate outlooks from the NOAA Climate Prediction Center with a well-trusted grassland model to predict total biomass in pounds per acre for individual counties, compared to their 38-year average, according to Bill Parton, the lead researcher at Colorado State University.

Parton has found that precipitation data can be used to estimate actual evapotranspiration (iAET), which correlates well with the vegetative growth index (iNDVI). The iNDVI, in turn, is a predictor of above-ground primary productivity (ANPP) – a measure of plant biomass.

By using this tool, Parton’s research team combines observed daily precipitation with seasonal precipitation outlooks from NOAA’s National Weather Service-Climate Prediction Center to predict iAET. The final steps involves transforming the predicted iAET into iNDVI and then into ANPP for the growing season.

The resulting grassland productivity forecast map, or Grass-Cast, shows forage production forecasts for 382 individual counties in the Great Plains region, including counties in North Dakota where grassland productivity is the primary land cover. The map actually reports the average of 10 different ANPP forecasts based on various combinations of recent weather data and seasonal precipitation outlooks.

It is an optional tool that managers can use to form an educated guess about the upcoming growing season. It can also help inform the design of proactive drought management plans, trigger dates, stocking dates and grazing rotations, according to those who have put the tool into practice. In short, it helps producers in the Great Plains reduce the uncertainty of this important economic source – forage production.

Not the complete answer

Producers should not rely on Grass-Cast as a sole source for making management decisions, nor should they look at Grass-Cast just once during the growing season. The accuracy of Grass-Cast improves with time as the growing season unfolds. Ideally it should be consulted every two weeks when it is updated with newly observed weather data.

Additionally, Grass-Cast should not be used as a sole source of information for things such as setting stocking rates, determining turnout dates, or other aspects of lease agreements, allotments or permits.

For more detailed information or get the forecast maps during the growing season contact the following website: http://grasscast.agsci.colostate.edu.