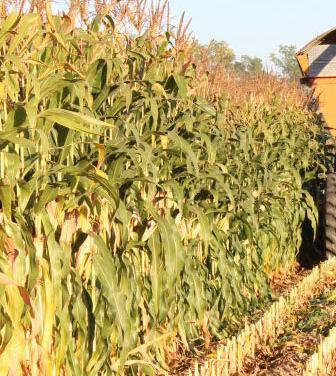 At the 91st annual North Dakota Stockmen’s Association (NDSA) Convention, Jeff Renner, was recognized as the organization’s Rancher of the Year for 2020.

Renner said he cuts his corn at 62-65 percent moisture, "which is just about perfect for us,” he said. 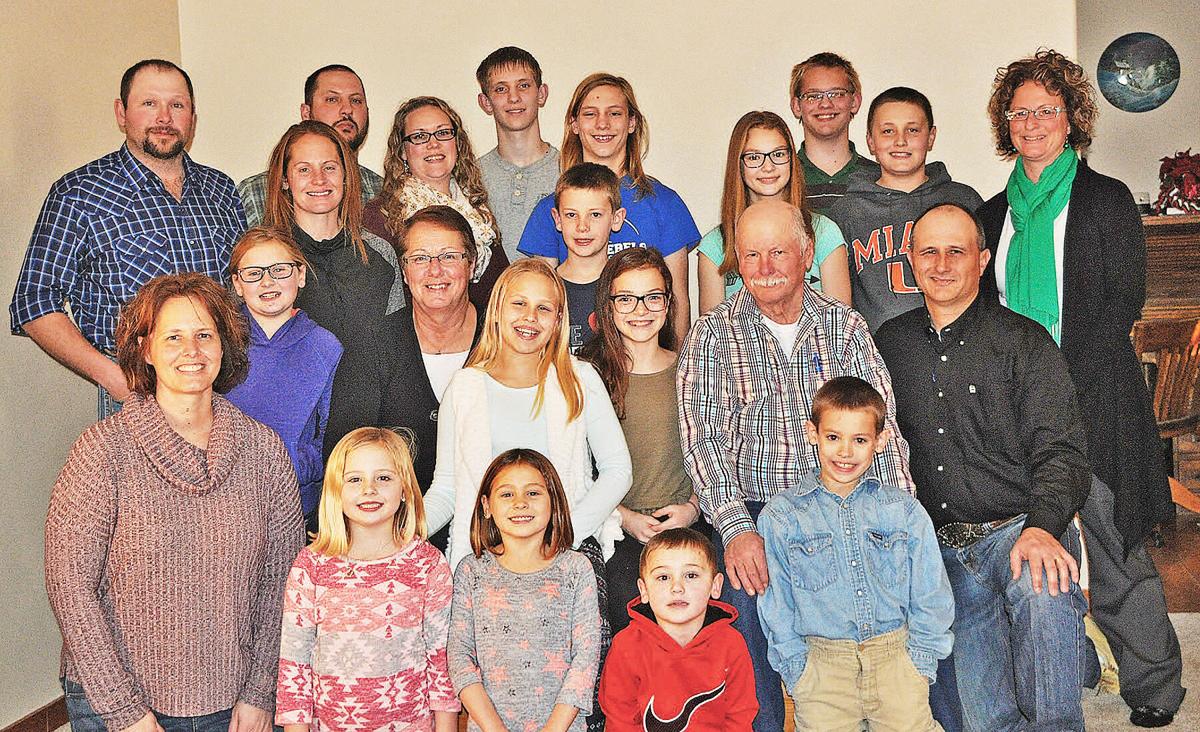 At the 91st annual North Dakota Stockmen’s Association (NDSA) Convention, Jeff Renner, was recognized as the organization’s Rancher of the Year for 2020. He and his wife Angie and their family operate the Renner Ranch in Morton County.

“We were honored to receive the award from the NDSA. Angie and I have worked hard to build our operation over the years, and we have been proud members of the NDSA for more than 40 years,” Renner said.

The Renners run a Black Angus commercial herd, develop heifers for replacements and have backgrounded yearlings in years where it makes sense for their operation.

“Our kids are the fifth-generations. We help each other ranch and farm when we can,” Renner said.

The history of Renner Ranch begins with Jeff’s great-grandmother, Margaretha, who homesteaded the farm in 1908.

“We are ranching on the original farm homestead,” he said. “In fact, we’re living in the home my grandpa built in 1928. Of course, we have remodeled it.”

His grandparents, Valentine, Sr., and Katharina, originally took over the farm. Later it was passed down to Jeff’s parents, Nicodemus and Louise, and they decided to not only raise crops, but to run cattle, as well.

A tragic tractor accident led to his father’s death when Jeff was only 14 years old. At that young age, he took over the ranch. He had three younger sisters and two younger brothers.

“My mother enjoyed the farm and she didn’t want to leave it. That is all I ever wanted to do was farm, so we stayed. It was a lot of work, but we made it,” Renner said.

The Renners had Herefords at the beginning, but later, Jeff started putting Angus bulls on Hereford females to get Black Baldies. Now, the operation consists of mostly Angus.

“My uncle helped us with combining the first few years,” he said.

Jeff and Angie met after high school. Angie grew up on a farm until she was 6 years old, when her family moved to Bismarck.

In addition to ranching, after high school, Jeff went to work at Kist Livestock Auction in Mandan. He became a licensed and bonded livestock order buyer, a title which he has held for more than 30 years.

Angie has also worked on the auction block at Kist Livestock Auction for more than 41 years.

At the same time, they have always run their commercial operation.

In mid-September, Renner stayed busy working with his custom silage and manure spreader/operator to finish fall work before snow arrived.

His custom silager chopped and stored corn for silage one weekend. Earlier, he had carved out a silage pit and “packed it all in” so it was ready for the corn silage.

“We cut our corn at 62-65 percent moisture, which is just about perfect for us,” he said.

The manure spreader/operator cleaned out the corrals and spread across his fields for next year.

Renner looked back on the year, beginning with calving. While he tries to avoid the harsh winter storms with his calving date, he knows spring blizzards can often be treacherous.

“Our heifers and cows begin calving around April 1, and there has been times when we have walked them out of the pasture and into the calving barn due to the weather,” he said.

The cows have a special 20-acre pasture preserved for calving. When Renner brings them home, they go into the pasture, where they stay until they calve.

“I’ve got tame-seeded grass around home here for the pairs until the grass in the pastures is ready around June 1,” he said.

In the spring, the Renners brand and vaccinate their calves.

They try to participate in other brandings, as neighbors help neighbors in this region of the country.

“Branding is usually finished here before we haul the cow/calf pairs out to pasture,” he said.

For summer grazing, the cow/calf pairs will be rotated through a couple of pastures set aside for that purpose.

“We have a couple of pastures and will rotate the pairs back and forth,” he said.

They have wells and tanks in both pastures so that there’s water for the pairs.

“They definitely get fresh water,” he said.

In the summer, the Renners have grass alfalfa hay that they put up, along with raising oats and their corn silage.

The Renners also have a lease with North Dakota Game and Fish for their yearling program that they have been operating for the past four years.

The yearlings are rotated through a series of paddocks to graze on nourishing grasses.

Before the Renners broke the grass up, it was unused pastureland.

“Game and Fish were aware of other Game and Fish lands that were grazed to help improve the grasses,” Renner said. “They wanted us to try grazing some of their land near us.”

The first year Renner signed on to lease and grazed the pastures. The unused paddocks were composed of a “mat-like grass, mostly dead grass.”

“The cattle hooves broke it up and got the grasses growing back. It is nice grass now,” he said.

The Renner’s yearlings go into the paddocks as soon as turkey season is finished in the spring (usually mid-May).

“It is a short grazing window, about 90 days, because they go in when turkey season is finished and we have to have the yearlings out before bow (deer) season,” he said.

The yearling cattle move around in the paddocks, leaving urine and manure to fertilize and keep the grasses in good condition.

“We rotate the yearlings through a series of paddocks,” he said. “They stay in one paddock for 10-15 days, depending on the size of the pasture. Then the yearlings are rotated onto another pasture for the same length of time and so on.”

“They have been pleased with the outcome, and we have found a new opportunity with raising yearlings,” he added.

The yearlings are marketed after the grazing season is done. The Renners have raised yearlings on and off through the years.

“Over the years, if I had extra grass or was renting more land, I would run yearlings,” he said.

In mid-October, he usually brings the pairs home.

“When we bring them home, they get their fall vaccination shots. We usually don’t wean them until the second week in November,” he said.

Their marketing depends on the year. If the market is good for calves off the cow, he will market steers that way.

“Sometimes we will background them to January or February if that makes sense for us,” he said. “We generally keep our replacement heifers, unless it pays to put them in the yearling program. Every year is different – I learn something all the time – and I pay attention to what the market wants.”

At the 91st annual North Dakota Stockmen’s Association (NDSA) Convention, Jeff Renner, was recognized as the organization’s Rancher of the Year for 2020.

Renner said he cuts his corn at 62-65 percent moisture, "which is just about perfect for us,” he said.