Read Today's E-Edition
Share This
With seeding done, Miller looking for a good time to spray
Share this
1 of 3

Floyd Miller with the tin bath that collects rainwater on his historical centennial farm northwest of Williston, N.D., in a past photo. 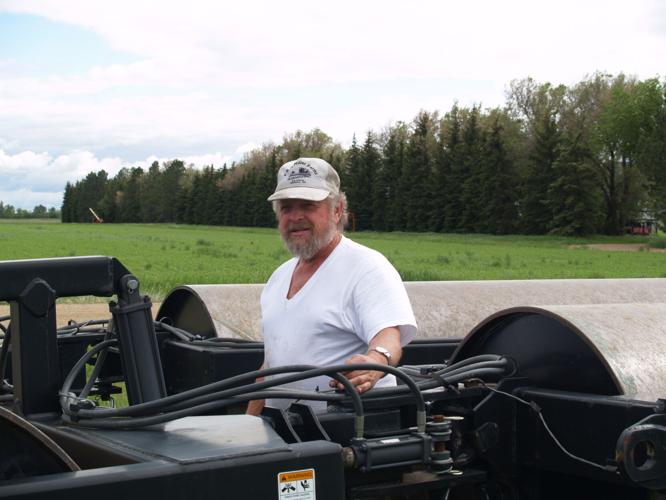 Floyd Miller at his farm in northwestern North Dakota in a past photo. 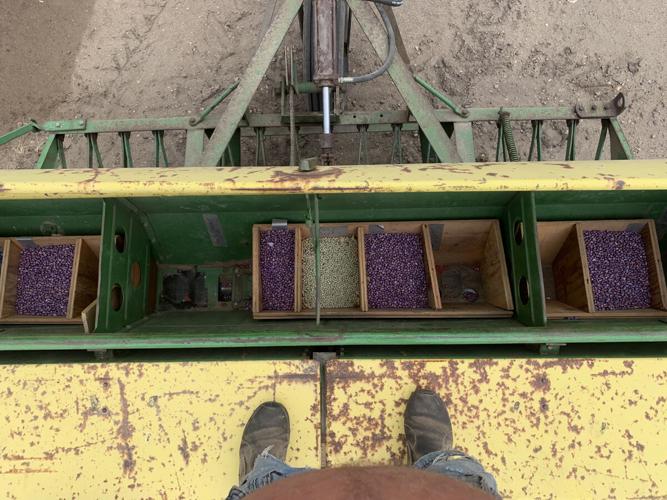 Floyd Miller took this photo of his food plot seeder that he built.

“We’re done except for a couple rows of food plots I am putting in for wildlife,” said Floyd Miller, who farms on the North Dakota/Montana border west of Williston, with his brother, Rodney, and son, Casey.

Now that the Roundup Ready canola and ND Riveland durum are in the ground, Floyd needs to spray his crops. He plans to start spraying the durum first and then go to the canola and back to the durum, following the same route that they seeded the plants.

“All the early-seeded crops look nice and green and are ready for spraying, so I am sure I will be busy on Father’s Day,” he said.

Weeds were popping up in those fields, but windy conditions in mid-June made it difficult to find a good day to spray.

“We need to spray, but boy, it can rain and the wind can blow,” he said.

On Wednesday, June 15, in the Williston area, the wind was blowing 18-20 miles per hour all day and through the night, with gusts to 40 miles per hour. The winds were shaking trees and any plants that were tall.

Over the past 2-3 weeks, Floyd says they probably received 1.5 inches of rain – at least that is what was in his rain gauge said when he emptied it during the week.

Now he is anxious to get out and get in the sprayer and catch any weeds before they get too big.

“I’ve got 1,000 acres of durum and five quarters of canola left to spray,” he said. “It’s forecasted to be above 90 degrees this weekend (June 18-19) and we can’t spray when it is too hot. When it is above 80-85 degrees, you shouldn’t spray because the plant shuts down and won’t take up the chemical. But under excellent growing conditions, you probably could.”

In addition, Floyd’s Roundup Ready corn in his food plot seedings has emerged and is looking good. He wants to get out and spray it as soon as possible.

“When I spray the corn, I shut off the nozzle in the middle so I don’t damage the peas and the pumpkins,” he said.

Floyd remembers an old saying that goes, “If there is moisture on Easter Sunday, you’ll get six or seven more weeks of moisture, and we’ve been getting moisture every week.”

He is hoping that the rain continues to be timely because “if the roots don’t go down deep enough, they could shrivel up if it stops raining.”

Floyd has had his hay customers calling to see if there will be hay for their horses. The Millers always cut and bale square bales of grass and alfalfa hay for horses.

“They want to know if I am going to have any hay this summer,” he said. “I think we will have hay, but the grass did get hurt early. Nothing grew until we got that first snow the Tuesday before Easter Sunday. The grass will probably be short, but the alfalfa looks good. There will probably be a loss in tonnage, however.”

OAKES, N.D. – It is definitely mid-summer at the Courtney farm where the corn is pollinating and the soybeans are beginning to set pods.

Floyd Miller with the tin bath that collects rainwater on his historical centennial farm northwest of Williston, N.D., in a past photo.

Floyd Miller at his farm in northwestern North Dakota in a past photo.

Floyd Miller took this photo of his food plot seeder that he built.