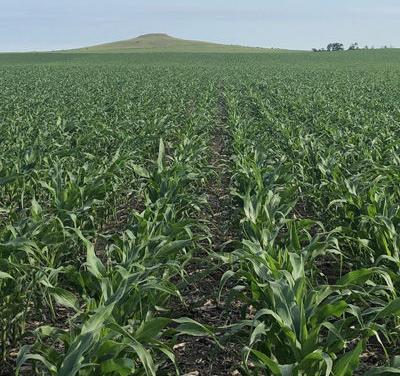 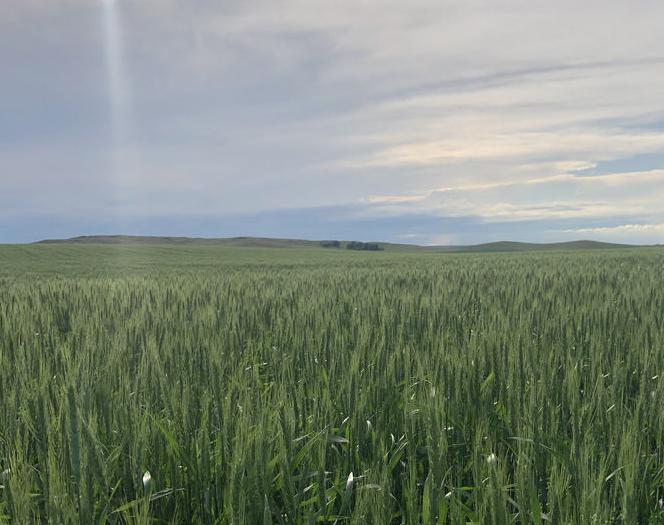 The nice wheat crop at the Hourigan farm is heading.

The nice wheat crop at the Hourigan farm is heading.

Over the last two weeks, the Hourigans have seen highs in the Lemmon, S.D., area in the mid- to high 80s, with a couple of 90-degree days, and lows from 50-60 degrees at night.

Thunderstorms and rain moved through the region from the end of June through July 5, with significant rainfall easing stress conditions on crops and grass.

“We were just starting to show some stress on the crops due to heat and lack of moisture, but we received a nice, soaking rain of 3-3.5 inches of moisture on June 30 and 2 inches on July 3,” said Lance Hourigan, who farms with his dad, Bob.

The Hourigans also received more rain on July 4-5, a total of about 6 inches.

Out in the fields, the Hourigans have spring wheat, corn, sunflowers and soybeans growing well after several rain events.

“Our wheat is heading. Our soybeans, sunflowers and corn are really growing fast,” he said.

All the crops are looking “really good,” despite a few spots of standing water in the fields – including the soybeans. The Hourigans have a shorter crop season than some other soybean-growing areas, so they usually plant between a .03 to a .07 maturity bean.

The Hourigans haul their soybeans to local elevators in Lemmon and McLaughlin, S.D.

Lance still has some in-crop spraying to do, but the rain and thunderstorms have kept him out of the fields for the last few days.

“I need to finish up spraying, but the wet weather has hampered that. That is a good problem to have though,” he said.

“We had some quality issues with the last of the wheat, but the yield was good,” he said. “All of the corn, sunflowers, and soybeans were above average yields, even though harvest ended in 2020 for sunflowers and corn.”

Over the last month, pastures were wilting from intense heat, but the grass is already improving with the recent moisture.

“The pastures should really come around now,” he said.

Their cow/calf pairs are out grazing and haying will start soon.