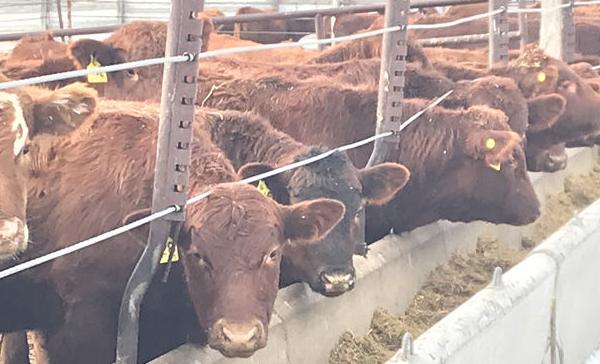 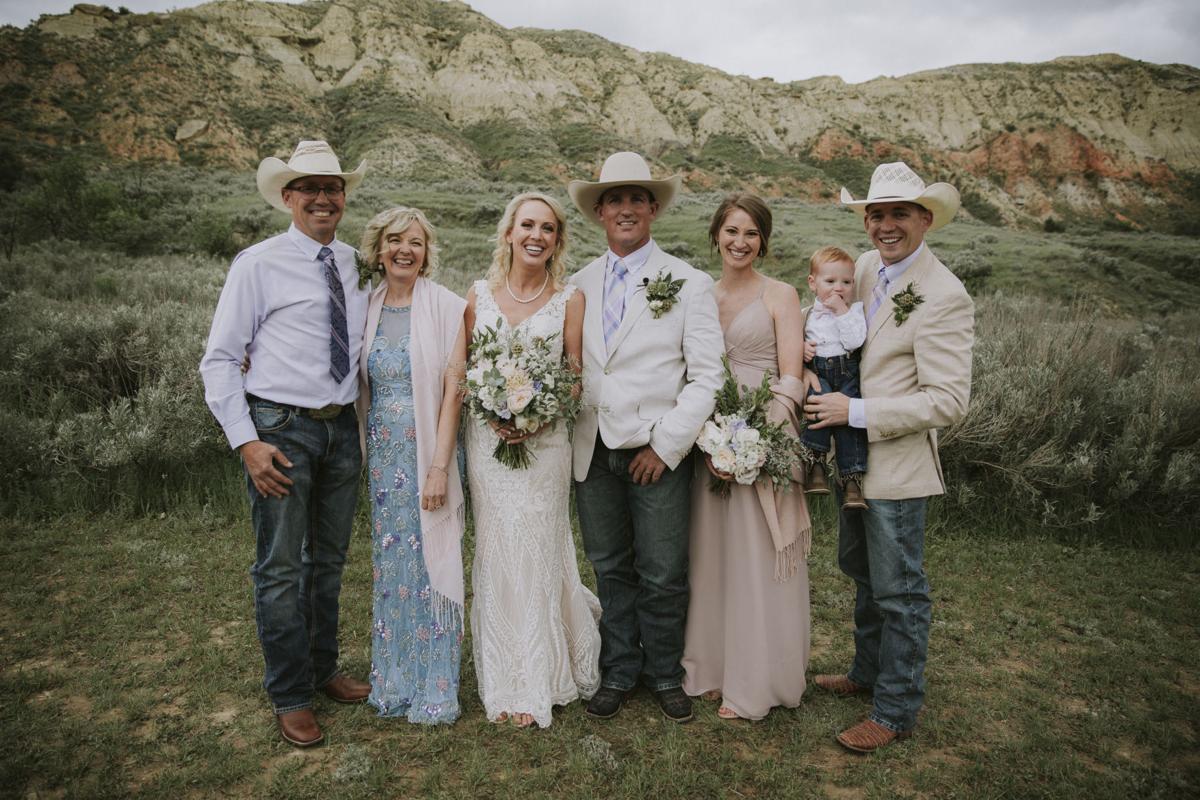 GOLDEN VALLEY, N.D. – With snowfall, accompanied by very cold temperatures across the southwest region of the state, many commercial and seedstock cattle producers were forced to start feeding hay in mid-December.

That was true at Schriefer Red Angus Ranch, a commercial and seedstock operation owned and managed by Marc and Jodi Schriefer, and their son, Riley, and his family.

“We started feeding hay to the cows, so there is now less daylight in our day to do other activities,” Marc said.

They found and solved some minor issues with their new water line connected to rubber tire winter tanks, during the bitterly cold days.

“With a recent morning dipping down to 22 degrees below zero, we had to solve some minor issues with our new waterline for the cows,” he said. The Schriefers have been glad they were able to hook up to Southwest Water’s raw water line. “It has been fantastic having another reliable water source.”

While the late fall has been mostly cold, temperatures began warming during the third week of December, with the forecast for the week predicting daytime temps to reach to mid-30s.

The Schreifers saw their hard work raising quality steers over the past year come to fruition as they marketed their steers.

“It is always nice to see the fruits of your labor pay off. We recently sold our heavy steer calves to the same feedyard in Nebraska that bought and fed them last year,” Marc said. “Now that they have had experience with our genetics, I’m sure they’ll fine tune the process to take full advantage of the calves’ potential.”

They shipped their heavy steers on Dec. 18.

The Schriefers also received carcass data back from last year’s calves, providing them with important data about their herd.

“Hopefully, we can use the information from the feedyard to evaluate our herd, and if necessary, make some changes,” he said. “We look forward to continuing that relationship with them.”

With their seedstock Red Angus bull and production sale just two months away, preparations have been underway.

“We have made plans to clip and video our sale bulls between Christmas and New Year’s. That will give Riley time to edit and publish the videos on our website,” Marc explained.

Out in some of their fields, the Schriefers still have some acres of corn to cut.

“We decided to leave the last 90 acres of corn to stand and dry down some more,” he said. “This, by far, is the longest harvest season ever for us. Maybe the market might break out to the higher side to motivate us to get it done.”

There were about 60 members in attendance at the annual meeting/ banquet.

“Elections were held and we elected three new board members,” she said. “Our sale the following day was well attended and the high-selling heifer calf sold for $15,000.”

The NDRAA’s next board meeting will be held Jan. 15 in Bismarck.

“A lot of the ideas that were brought up at the annual meeting will be discussed in more detail at that meeting,” Jodi said.

On the home front, Marc and Jodi plan to travel to Montana to visit with their daughter, Cassi Hammerness, and son-in-law Bill, for a couple of days around the Christmas holiday.

They missed seeing them during Thanksgiving due to the weather break and the opportunity to combine corn.

“We hope to be able to go and see them during Christmas,” Marc added.

The Schriefers and their family wish everyone a Happy New Year!