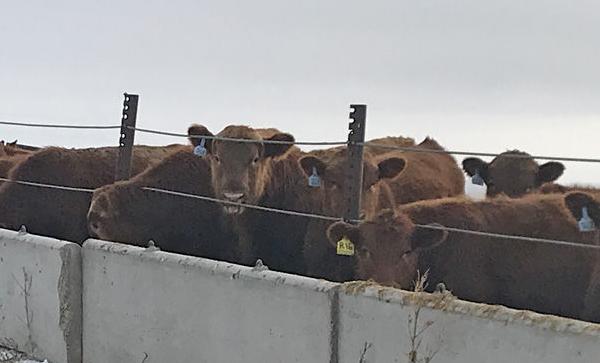 It has been a busy mid-December weekend for Marc and Jodi Schriefer, who operate a seedstock and commercial Red Angus business, with their son, Riley, and his family. 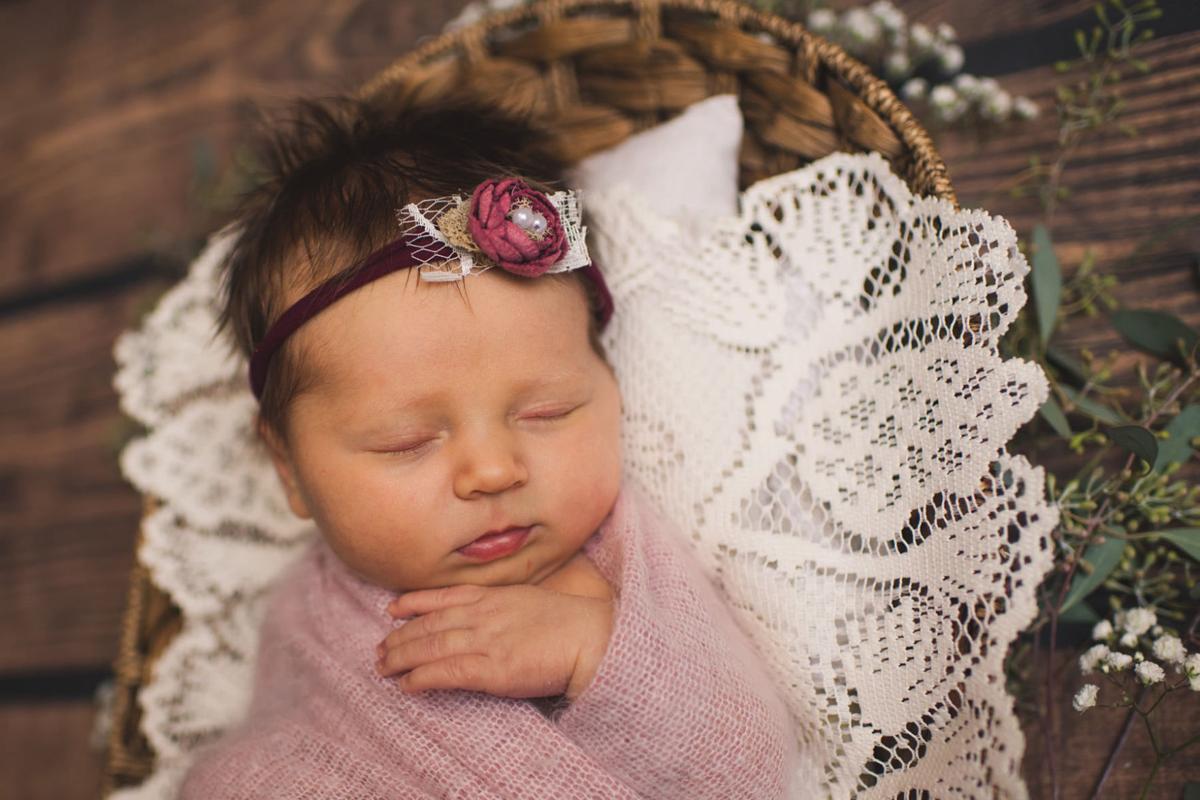 Marc and Jodi Schriefer’s granddaughter, Adeline, is the daughter of their son, Riley and daughter-in-law Cheyenne.

It has been a busy mid-December weekend for Marc and Jodi Schriefer, who operate a seedstock and commercial Red Angus business, with their son, Riley, and his family.

Marc and Jodi Schriefer’s granddaughter, Adeline, is the daughter of their son, Riley and daughter-in-law Cheyenne.

GOLDEN VALLEY, N.D. – It was a busy mid-December weekend for Marc and Jodi Schriefer, who operate a seedstock and commercial Red Angus business, with their son, Riley, and his family.

“As NDRAA president, I’m responsible for checking in cattle and lot tagging them for the sale,” Jodi said.

In addition, Jodi presided over the annual meeting, answering consignor questions, and helping the sale manager with paperwork.

“Along with the responsibilities of the sale, I set up approximately four to six meetings with my directors every year and also set the agenda for those meetings, take care of the radio advertising for the organization, and keep the Facebook page updated,” she added. Jodi also handles any complaints or problems that arise. “It has been a very rewarding experience being NDRAA president.”

Back at the ranch, the Schriefers spent the Thanksgiving holiday combining corn. While the weather wasn’t ideal for combining, it was nearing the end of the year, so Marc and Jodi made it happen. But that also meant they were unable to travel to Montana and visit their daughter, Cassi Hammerness, and son-in-law Bill.

“We pushed hard that Tuesday through Friday (Nov. 26-29) to get as much combining done as we could,” Jodi said.

Snow was lightly falling and temperatures were dropping.

“The freezing drizzle made the roads and corn icy, and we received about four inches of snow,” Marc said.

With the temperatures low, they decided to supplement some hay to the cows and bred heifers.

“We hauled out a few bales to the cows during the blustery weather, but the cows and bred heifers have been pretty much grazing their way through the days,” he said.

Their Red Angus cattle are well adapted for Northern Plains’ weather, and the heifers and cows are adept at grazing the pastures and fields, regardless of weather.

“I wouldn’t want to do all our chores and harvest corn this late every year, as it takes a toll on our energy levels,” he said. “But we have had to just grind through those days because we have to get it all done. It doesn’t pay to complain about it, but it does get somewhat stressful, especially this year.”

While Mother Nature decides what the weather will be, it can definitely be stressful when producers can’t finish combining in a timely manner.

A new waterline was installed in the summer, and so far, the Schriefers are pleased with it.

“Our new waterline with rubber tire winter tanks that was installed summer is working out quite well for us,” Marc said. “We were able to tap into Southwest Water’s raw water line and the cows seem to like it. We hope it relieves a lot of the consumption pressure on our wells over the course of the winter.”

When the sun rises each morning, Marc and Riley start out their days by checking water and feeding.

“We feed very little silage to our bred females, but we feed a silage-based ration to our calves and sale bulls,” he said.

Into the mixer wagon, they mix a ration of corn silage, chopped oat/wheat hay, oat screenings, and corn and dried distillers grain. Much of that ration is grown on their farm fields.

Marc and Riley handle most of the feedlot chores and they will need help when it becomes cold enough that the cows need feeding every day.

“Jodi will take her hand at feeding cows, too, when we get to that,” he added.

Meanwhile, on the home front, Cheyenne, Riley’s wife, has also been busy with her travel business as it’s that time of the year when people want to travel a lot more.

Marketing is also being discussed this time of year, along with end-of-year paperwork.

“We have been watching both the grain and cattle markets closely as we will be needing to move our feeder steers and some corn and wheat,” Marc said. “Our shop projects are starting to get some attention on the days when the combine doesn’t run.”

In addition, the Schriefers have also squeezed in their annual tax planning appointment.

“It appears we’re going to be able to pay the bills this year,” Marc said, adding they are always thankful when they can do that.