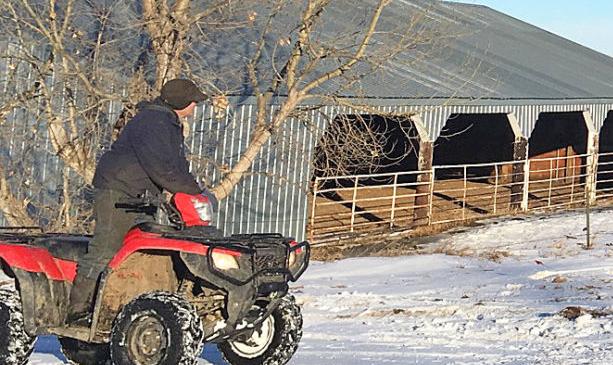 With nicer weather, it is easy to get around the ranch. 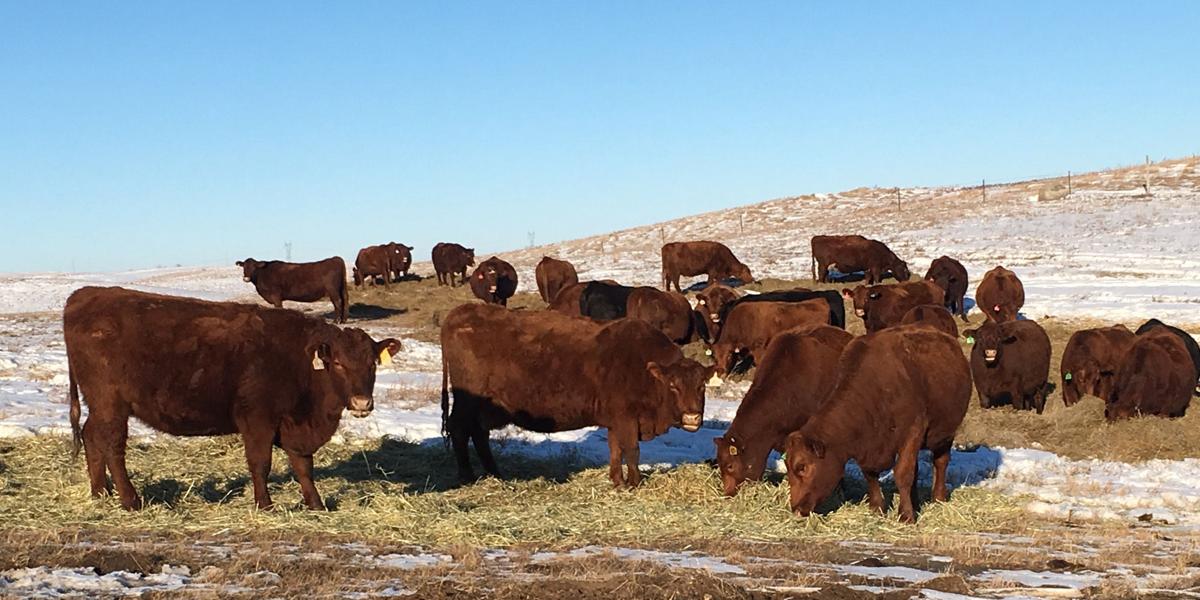 Red Angus cows at Schriefer Red Angus have some beautiful colors of red in their coats. Here they are enjoying the day.

With nicer weather, it is easy to get around the ranch.

Red Angus cows at Schriefer Red Angus have some beautiful colors of red in their coats. Here they are enjoying the day.

GOLDEN VALLEY, N.D. – At Schriefer Red Angus, spring is on its way with the sun peeking out of the gray skies for part of the day and temperatures warming temperatures into the 30s-40s.

“We’ve been enjoying this nice weather and are happy for the friends and neighbors who are calving,” said Marc Schriefer. Marc and Jodi Schriefer operate Schriefer Red Angus with their son, Riley. “We won’t start calving until the end of March.”

The Schriefers hope the nice weather continues for their calving season. They have been preparing for calving, picking up things in town that they need for both calving and spring planting.

Recently, the Schriefers are participating in a program from the National Red Angus Association.

“The National Red Angus Association has implemented a program called “Red Cow Rally” which allows their members to DNA their cows at a discounted price, for a certain timeframe,” Marc said. “We decided to jump on board and do all of our registered cows. The reason they implemented this was to get more cows genomic enhanced through DNA. This will help their EPDs be more accurate.”

While it is more common for sires to be DNA tested, the association wanted to have more dams done, so they offered the program

“We are anxiously waiting for the results,” he added.

Meanwhile, with the corn in the bins, Marc said they are planning to turn on the fans in the bins to keep the corn in good condition until it is sold.

They have been hauling corn into the ethanol plant.

“We have hauled some corn into Red Trail in Richardton to meet our cash flow needs but sure wish the price was better,” he said.

Many producers purchase inputs in the fall and winter ahead of spring planting and haying in order to save some costs, and the Schriefers were able to get some of their inputs locked in.

“We were able to lay in a lot of our urea needs in October at what’s looking like a really nice price now, and we locked in our fuel at a price considerably less than last season,” Marc said. “It’s nice to have local co-ops that let us know about some possibilities for good deals and to be able to be in a position to take advantage of them.”

They have also booked their seed and plan to clean seed for a spring rotation of spring wheat, corn for grain and silage, canola and some oats.

With some of the inputs locked in now, Marc hopes they “can still show profits, even in our current price environment, but its our nature to be optimistic.”

Their Willow Creek forage winter wheat should be coming up soon.

“We put in some forage winter wheat last fall and hopefully that will green up this spring and make some hay for us,” he said.

Riley and Steve are overhauling the air drill in the shop right now.

“It seems like a lot of money to buy all the needed parts, but this year, we will buy parts and not any new, big ticket items,” Marc said. “It’s not always how much you make, but sometimes how much you don’t spend to make money, but we have to be wise on both accounts!  We like to start the year prepared because our window to get everything done isn’t that big.”

Marc and Jodi’s daughter, Cassi, is back visiting them for a couple weeks and she plans on taking her horses back with her to Cardwell, Mont.

“It was nice having her here to help run the commercial and registered cows through the chute for their Scour Bos shots,” he said.