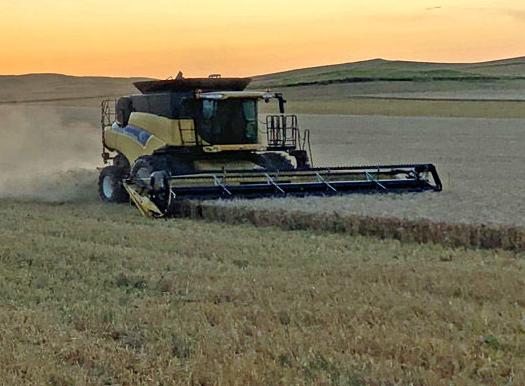 Clarence Laub and his dad, Clarence, combine a nice spring wheat crop out at the farm. 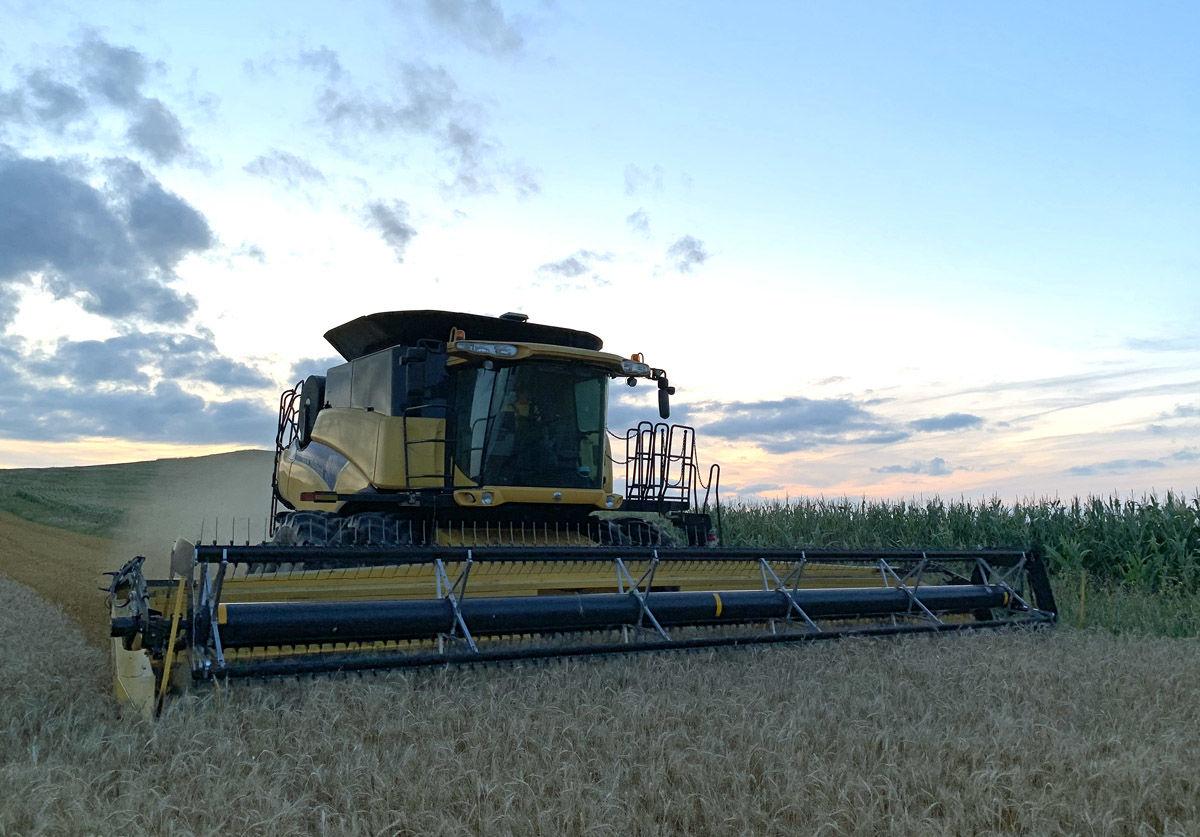 Clarence Laub III and his dad, Clarence, Sr., combine a nice spring wheat crop out at the farm.

Clarence Laub and his dad, Clarence, combine a nice spring wheat crop out at the farm.

Clarence Laub III and his dad, Clarence, Sr., combine a nice spring wheat crop out at the farm.

ELGIN, N.D. – While the sun was still shining -catching the glint from the spring wheat heads - the Laubs finished cutting the wheat over a few days.

During the last week of August, Clarence III and his dad, Clarence, Sr., finished cutting wheat.

“We hauled the last of the wheat to the bins, and will store it. Later, we’ll look at marketing it,” Clarence III said.

As soon as the last of the wheat went from auger to bin, Clarence and his dad took a short break, and went to Deadwood for the Memorial Day weekend.

Out in the Laub fields, much of harvest is still ahead with the sunflowers, industrial hemp and corn continuing to develop.

“We are going to see if we can cut some CBD hemp later this week,” Clarence said.

The CBD plants, carefully planted by hand, will be harvested by hand, as well. Some of the plants are 3-4 feet tall out in the fields.

“We had a lot of people come out to help us plant the crop by hand a couple of months ago,” he said. “We’re going to try harvesting it also by hand with just a few of us, but we may need more help as more of the crop gets ready to cut.”

His mom, Sandra, plans to take time off from her job at the bank in Elgin to help harvest the crop. It is an exciting time at the Laub farm.

Clarence still gets several calls from people around the country with offers to donate their time to help the Laubs harvest their CBD, including local community members in Elgin that the Laubs have known all their lives.

“The community has always supported us,” he said.

The Laubs planted 10,000 CBD plants and some of them are close to being ready. The flowers of the plant are used for processing CBD.

However, Clarence sent in an entire plant for a CBD level ahead of harvest, finding the level was above 10 percent.

“We need the CBD levels to be at least 10 percent for our processors,” Clarence said.

They will start cutting the crop, using a knife or sickle mower by the end of the first week in September.

After cutting it, they will air dry it in the field, and then do some grinding of the plant to get it to the point it can be shipped to their processors.

Earlier, they had thought the industrial hemp for grain would be ready before the CBD, but it still needs more time in the fields.

The weather has stayed mostly cool, with warmer afternoons, but temps overall have been in the 70s to mid-80s.

“It has been drizzling all day today,” he said on Sept. 3. “We received another .10 inches of rain on Saturday.”

Clarence believes they have had good moisture this growing season, more than 12 inches of rain.

Out in the fields, the hemp, corn and sunflowers are developing well, on their march to a fall harvest.

“We’ll be harvesting the industrial hemp for grain by the end of the month,” he added