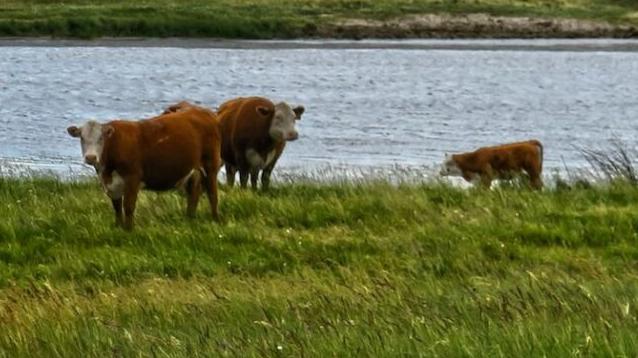 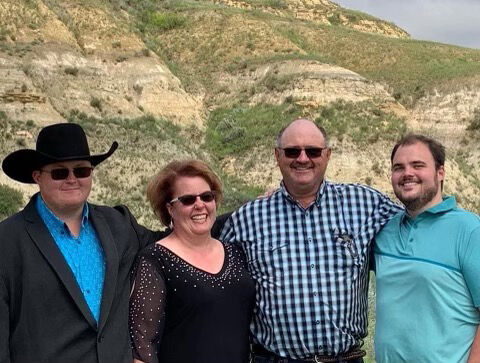 The Strohs enjoy being together as a family, as well as working together. From left to right: Matt, Dawn, Mike and Lucas Stroh. Photo courtesy of the Stroh family.

The Strohs enjoy being together as a family, as well as working together. From left to right: Matt, Dawn, Mike and Lucas Stroh. Photo courtesy of the Stroh family.

KILLDEER, N.D. – Near the beautiful Killdeer Mountains, the Stroh family has been operating Stroh Hereford Ranch, a successful Hereford seedstock and commercial operation, for more than 68 years.

Mike and Dawn Stroh run the operation on the area’s rolling hills with their two sons, Lucas, 27, and Matt, 23.

Dawn teaches junior high in Mandaree, N.D., but helps out on the ranch when she isn’t teaching.

Lucas is a paramedic, but comes back to the ranch to help when Mike and Matt need extra helping hands, such as weaning, branding and sales.

“We are a family-run operation,” Matt said.

Matt will be providing reports about their operation and production sale over the winter.

Their 31st annual production sale will be held at the ranch on the first Thursday in February 2021 (Feb. 4). The Strohs sell coming 2-year-old bulls.

The reasons for selling a coming 2-year-old rather than a yearling are that they will have more quality control in terms of phenotype and overall performance, and these longer-aged bulls will cover more cows.

In addition, if these bulls are developed correctly, they will last a longer time, 6-7 seasons, and can go to work right away on a commercial operation.

“Dad and I work together on the day-to-day operation. I am here at the ranch full-time,” Matt said during an unseasonably warm day with sunshine and temperatures in the 60s during the first week in November.

However, by Nov. 8, the weather was expected to turn slightly cooler with light rain.

When they wean the calves, which number around 300 this year, they give vaccinations to give the calves a good start in life. In addition, each calf will be weighed and poured.

In 1950, a business-savvy Tony Stroh bought the land close to where two highways converge at the entrance to Killdeer.

Tony and his wife, Leona, started a Hereford operation, where Stroh Herefords earned a reputation as one of the most respected Hereford seedstock operators in the state. They placed a large, attractive sign, noting it was Stroh Herefords with a Hereford pictured on it at the entrance to the ranch, which could be seen from the highway driving past.

Today, Tony’s land holds a sales barn, the home place and other smaller buildings. Behind the barn are pens and acres of grazing lands for their summer grazing program.

Tony always enjoyed showing commercial cattlemen, along with visitors, around the ranch where the Hereford bulls were raised. He loved pointing out his mother cows with their calves, telling visitors about the great mothering abilities that Herefords are known for.

Tony was proud that the bulls and the females had gentle personalities, were sound on their feet and visually appealing. It is the same way today on the ranch.

Tony and Leona are now retired.

The Strohs are already working toward their bull sale, which is not that far away.

It begins with breeding, focusing on producing sons with traits, such as visually appealing, moderate birth weights, high performance, desirable maternal traits and carcass traits, which carry through to the rail.

“We work together with breeding in terms of making sorting lists and breeding decisions,” Matt said. He enjoys helping Mike decide in May which registered Hereford bulls would have the right traits for a certain registered Hereford cow before they are turned out on grass.

They breed carefully, turning out excellent calves that will eventually be in the Stroh Hereford production sale.