Weather forecasts not always accurate, especially in dry years
Share this
1 of 2 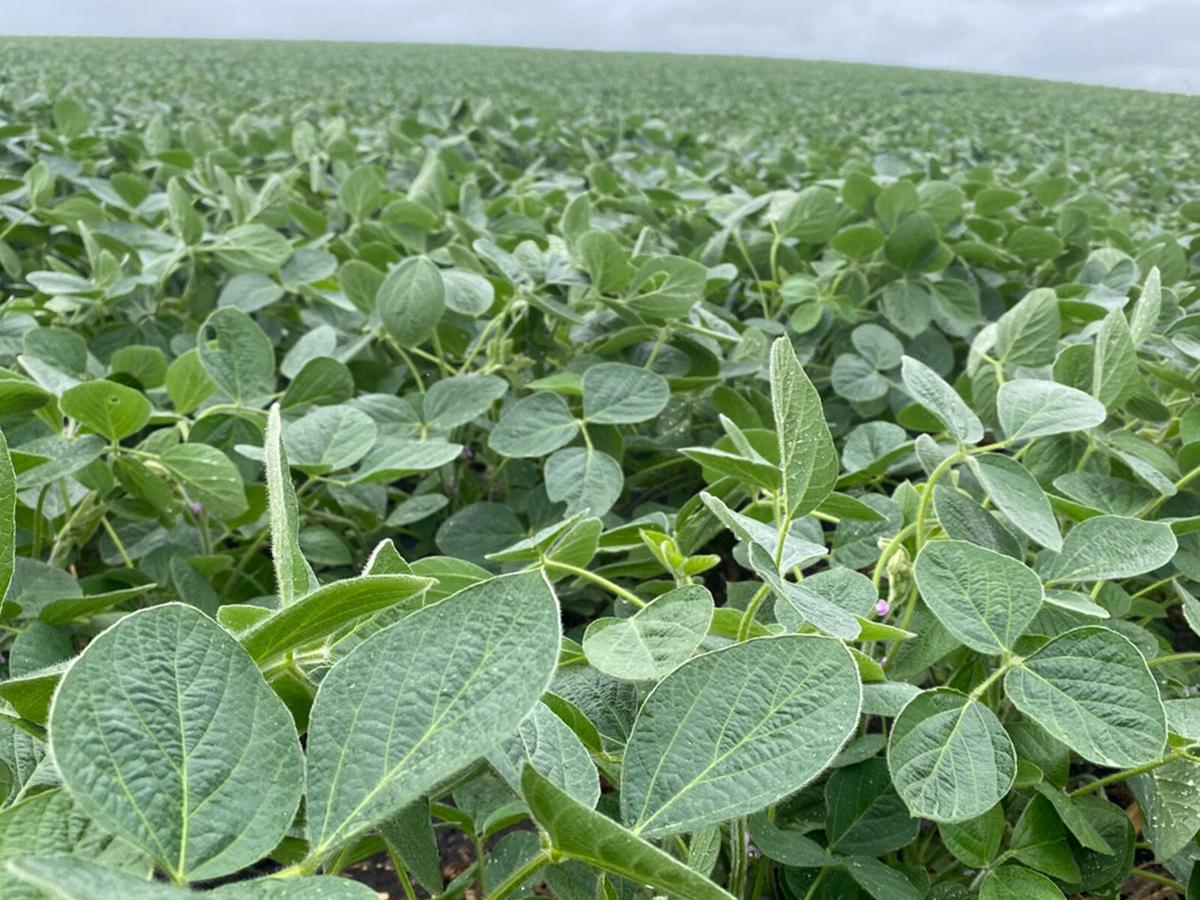 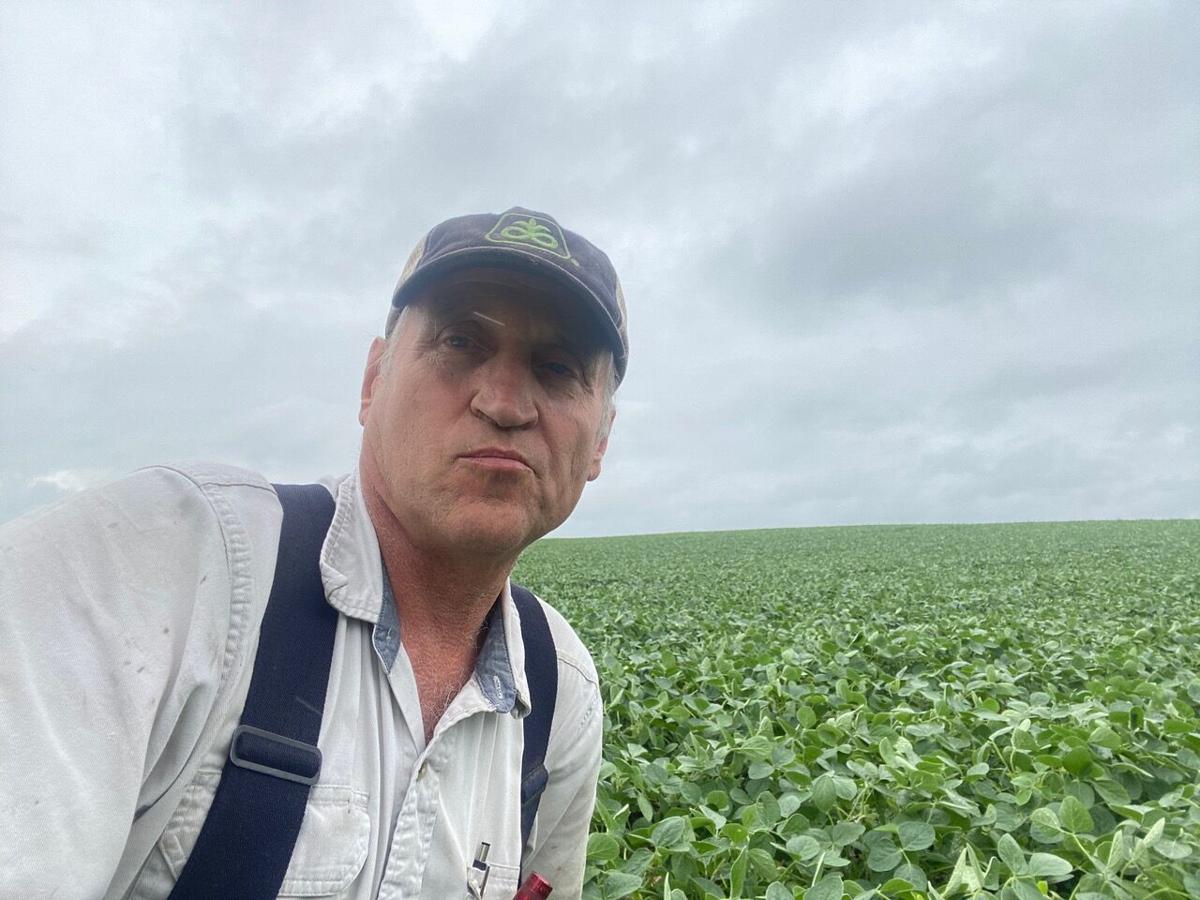 FERGUS FALLS, Minn. – Reading the weather outside is sometimes more accurate than reading the forecast.

After many years of farming, Paul Freeman had a pretty good idea the forecast wasn’t right on the day he needed to spray.

“The internet said 90 percent chance of rain, so I said, ‘That great of a chance of rain – it won’t rain,’ and I went out and sprayed,” he said.

Radar was a little more accurate. The “green for rain” was splitting around Paul’s area and going north and south.

So, he completed his spraying successfully.

There may need to be some more weed control, though – because of the drought.

The drought-stressed lambsquarters and ragweed looked “sick” before they were sprayed. These tough weeds didn’t take up the herbicide, so there was some escape.

“I’m debating if it’s worth taking a cultivator out there or not,” he said. “I have to balance that with the increased moisture loss if I stir it up.”

In this case, he’ll wait and see if it does rain. A little less than half an inch of rain fell on the morning of July 6, with more rain in the forecast.

Paul talked with his Centrol agronomist, Brent Werven, on the morning of July 5.

There was good news despite the drought.

The agronomist pulled soil samples the last week of June and found moisture six inches down. Some farmers have found corn roots as deep as the plants were tall. On average, the roots were about two feet deep ahead of pollination.

It is amazing, Paul added, to think that the number of corn rows around the ear has already been determined. The length of the ear will depend on pollination, as well as the energy and water available to the plant after tasseling.

Years ago, the lack of pollination to the silks was called, “missing the nick.” Dry conditions with no humidity could result in the pollen flying right past the silk. Then farmers get corn ears that are missing kernels.

Paul expects a lot of corn will tassel by mid-July, with pollination during the third week of July.

“My agronomist speculates that we haven’t seen that much yield reduction yet, because the roots are going down,” he said. “For soybeans, the yield reduction will come with aborted pods later on.”

He added that his outlook on marketing focuses on the “inelastic” nature of grain commodity trading. By that, he means if weather or China buying grains affects the supply by 5 percent; the farmer will see a 10 percent change in price.

“The caution I see there, is farmers are going to react to price,” he said. “If we get another strong runup on soybeans, it will draw even more acres to beans in 2022.”

He encourages farmers to think about prices over a five-year-timeframe vs. considering only a year at a time. For instance, if an Asian soybean buyer purchased some soybeans at $20 per bushel, then farmers around the world will try to grow a lot more $20 per bushel soybeans. A glut develops in the market and the price consequently goes down over time.

“I’ve been the victim of this enough times that the current runup in prices reminds me to use tools this year so if we hit $20 beans, it’s not putting farmers out of business three, four, or five years from now – because we’ve overproduced and we’re in the tank for low prices.”

That includes locking in inputs at the same time as grain bids are locked in.

The Fourth of July weekend offered some time away from business, and some needed rest and relaxation for Paul and Roberta Freeman.

Roberta’s father, Bob Ball, and a family friend, Bob M., traveled south from Mahnomen County for festivities with the Freemans. Both served during the Korean conflict while stationed in Germany. They met in the local Veterans Agricultural Class after returning to Mahnomen County. In their 80s, the two men sat in an air-conditioned car during the Starbuck parade when temps were in the 90s.

Then the group went to Alexandria and visited Paul’s father, John Freeman. John served during WWII, but three hours before his unit shipped out, he was pulled from the combat division because of the Sullivan Brothers’ code.

Their service and those of their brothers were reminders that “freedom isn’t free,” and we all owe our gratitude for those who serve in the Armed Forces.

The weekend also included a boat parade on Hoot Lake, where Paul and Roberta live. Between 20-30 pontoons and boats participated in motoring along and waving hello. Watching firework displays from the pontoon rounded out the Fourth of July celebration.

There was good news on July 6, too. Widespread rain was falling across the region and soaking into the drought-stressed farmland to help the crops. A summer celebration continued.

Shiny paint for old tractors makes for a fun July

TIOGA, N.D. – Summer is in full swing across North Dakota, and crops are maturing and turning a little faster than normal in a number of areas…

PAGE, N.D. – As the middle to later days of July rolled around, so did the extreme heat, as temperatures hovered in the high 90s and even flir…

TIOGA, N.D. – At the Ryan and Jenice Davidson farm near Tioga, the last week of June brought cooler temperatures and three days of soft rain s…

Burchills enjoy time at the lake over Fourth of July

PAGE, N.D. – Varying amounts of precipitation fell throughout the state on July 5-6 as cooler temperatures settled in for a couple days. Some …

Crops a ‘mixed bag’ at Davidson farm – but rain arrives

TIOGA, N.D. – Timely rainfall – and whether or not farm fields have gotten enough moisture to make or break a growing season – continues to be…