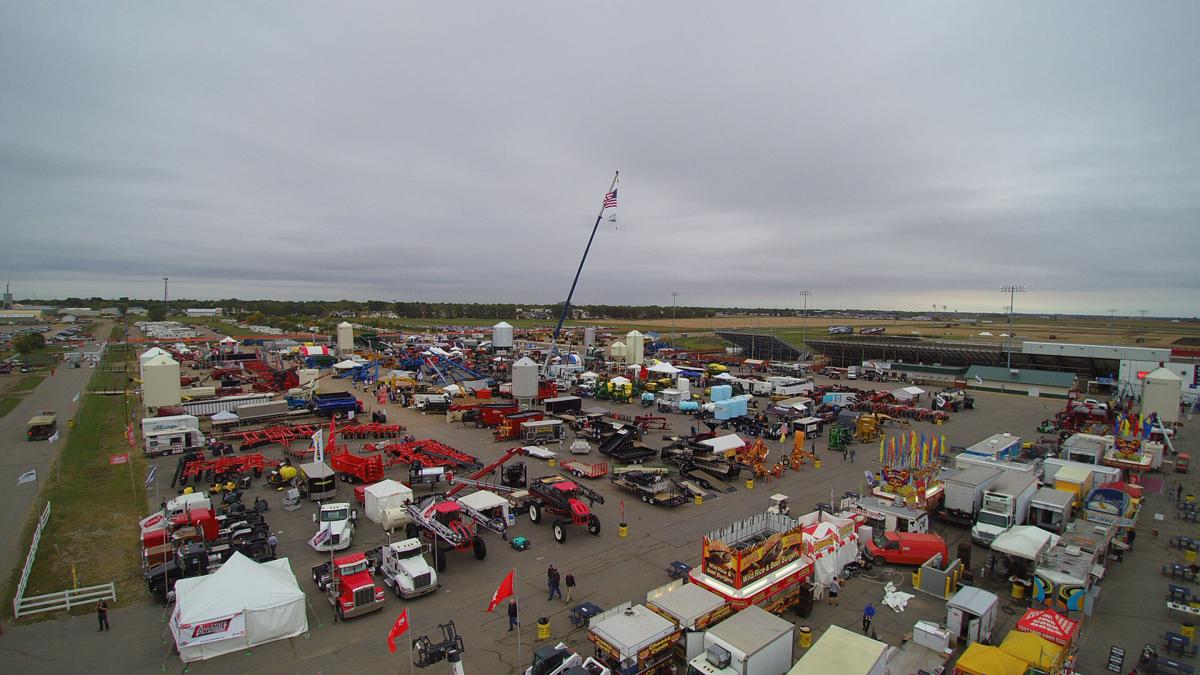 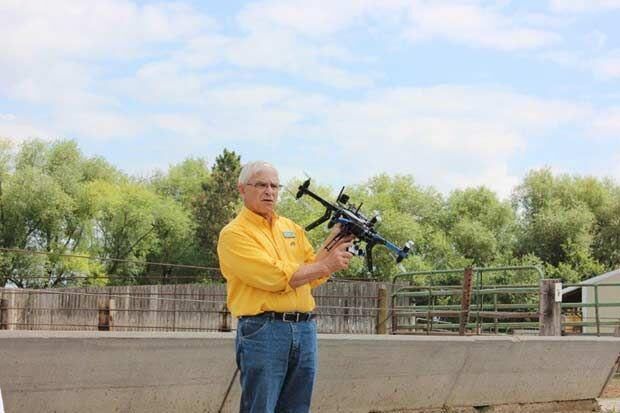 John Nowatzki, NDSU, has coordinated Field Demos at Big Iron for the past 10 years. 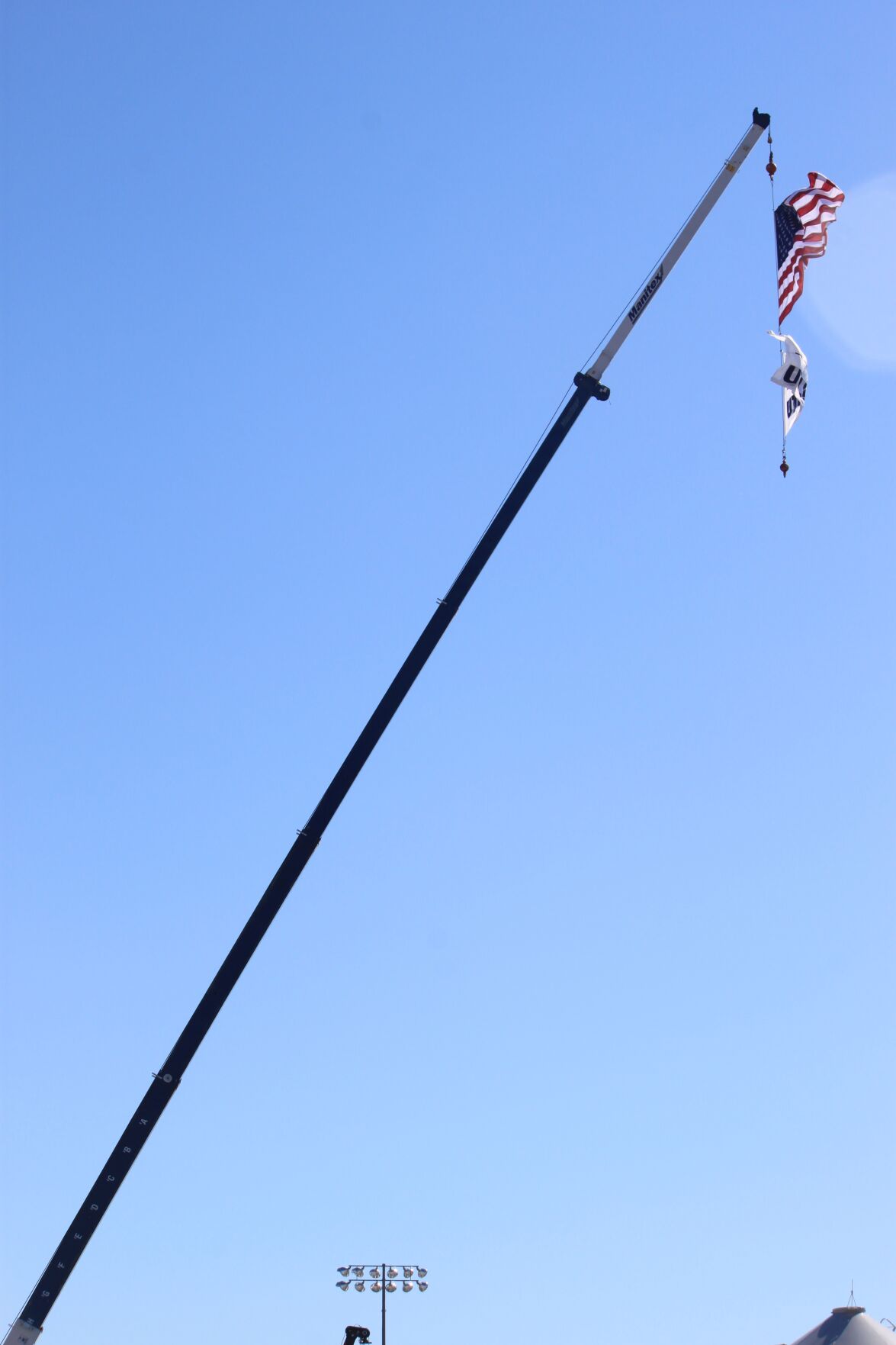 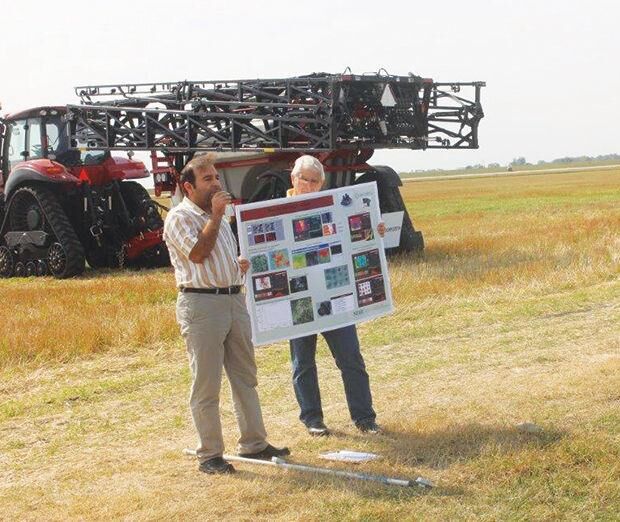 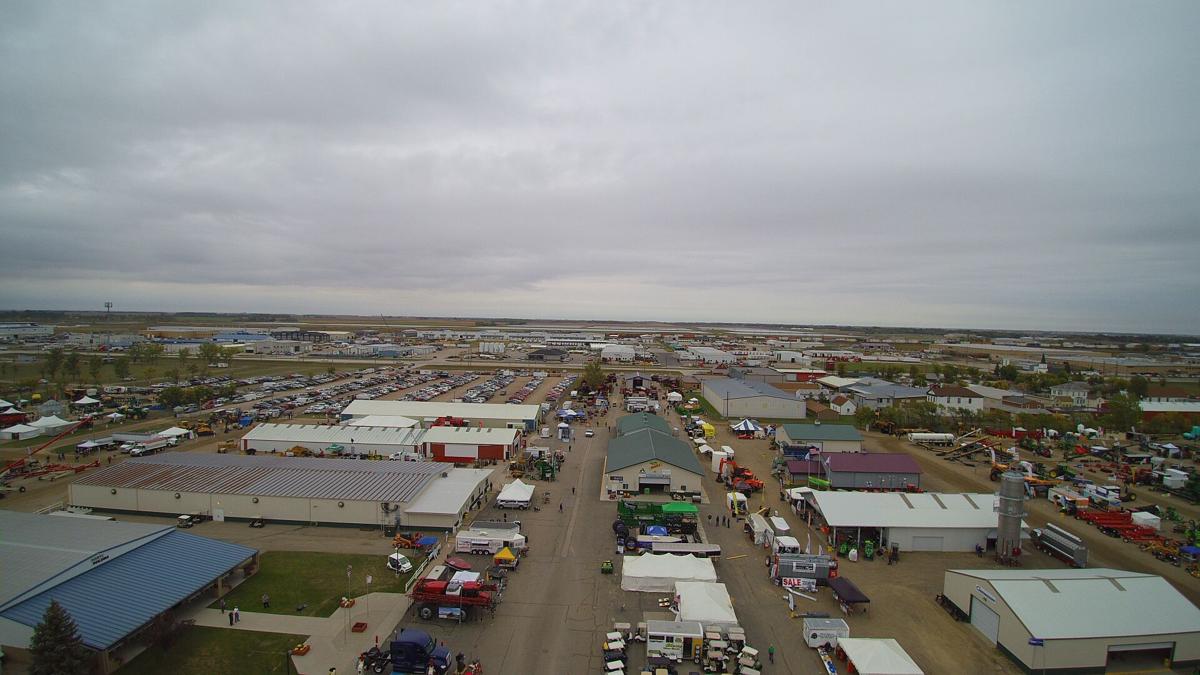 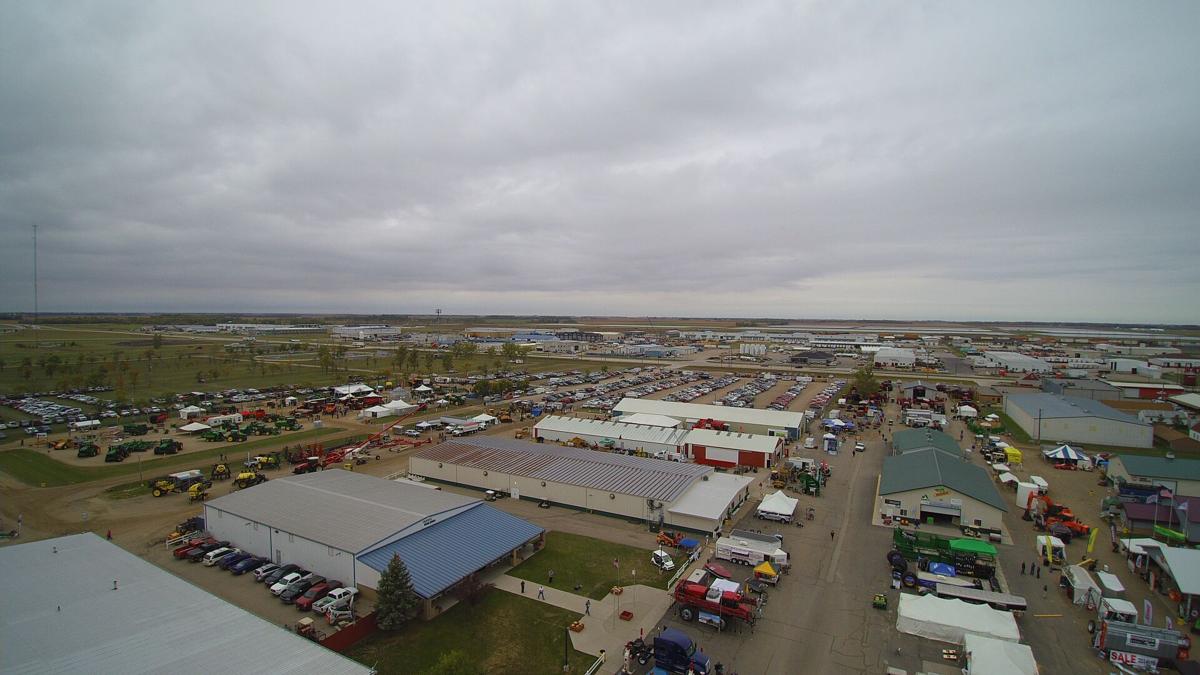 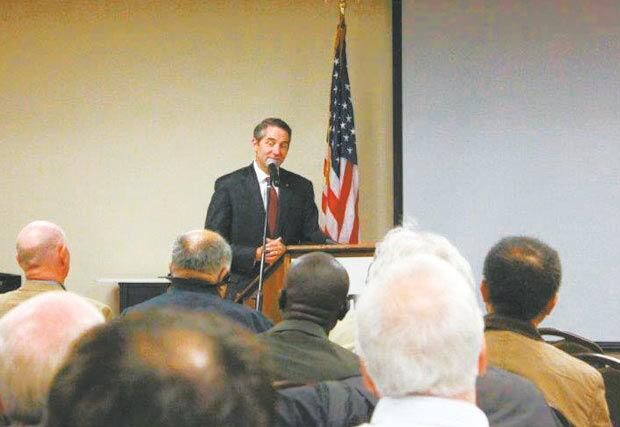 John Nowatzki, NDSU, has coordinated Field Demos at Big Iron for the past 10 years.

With the turn of the millennium, Big Iron experienced rapid growth in the three-day farm show.

Advancing digital/cellular technology, the ease of travel, high commodity prices, average and above yields, and low interest rates brought vendors and farmers to the show.

“It just kept growing and growing until we had a waiting list of exhibitors,” said Terry Goerger, who served as a Big Iron board member for 17 years. He retired this spring. “It’s a good show. It’s for vendors and their customers, which is the farmer.

“The farmer could attend at no cost,” he continued. “We were trying to put the two together – the farmer and the businesspeople that were there to sell. That’s what the show is about.”

The product developments have been astounding over the last 20 years. From genetically engineered seed to new herbicides, fungicides and insecticides; from updated tillage tools to new methods to improve soil health; from autosteer tractors to smart combines to drones – it’s all been introduced at Big Iron.

“That’s the whole point of this show,” said Cody Cashman, Big Iron Farm Show manager. “You’re getting farmers out here to see what’s new for the future of agriculture.”

Cashman added that safety measures have been put in place at Big Iron 2020 to fight the spread of COVID-19. He is expecting over 400 exhibitors this year to bring many new products once again.

“Education is a huge aspect of this show, and really why this show is so important to have,” he said.

Big Iron spokesman Mike St. Onge noted that over the years, farmers and farm families increased the hours they spent at Big Iron.

“In the early days of the show, people would see if they could get in for a couple hours – race through the exhibits and then get back to taking their soybeans off,” he said. “As it evolved, it became a case of people would spend all three days, stay in a motel, and essentially make their farm plans for the next year based off their experience, based off of what they learned from the chemical people, from the seed people, from the technology people, from the major manufacturers, what’s going to be new, what are you going to see that’s different, what they need to do differently in their farming practices.”

A very important and time-consuming aspect of the show was setting up the field demonstrations on 80 acres of farmland south of the racetrack. Mike Faught, Absaraka, N.D., worked on this project for decades. He started by helping his dad, Roy Faught, president of the Red River Valley Fair Board in 1981. Roy passed away in 2019 at the age of 105.

A special memory for Faught was the year a major equipment manufacturer brought South American dealers and farmers to Big Iron. Coach buses brought the group right out to the field demo area, and when the people got out of the bus, they were anxious to see the equipment. Without a shared language, Big Iron volunteers worried when guests hurried out to where large tractors and heavy equipment were moving. Fortunately, there were enough interpreters with the group, and the guests were all okay.

“It was a lot of fun, and in the end, a lot of people got to see a lot of equipment,” he said. “It was just another experience with the field demos at Big Iron.”

International guests have always been important to the Big Iron agricultural region.

Some years, over 100 international guests visited Big Iron through this program.

“These groups are very much tied to ag,” Goerger said. “It worked out where they could have a place to meet and also have a place to visit vendors in private, and also see what the vendor has for sale – all in one place.”

Introducing new technology on the 80-acre field south of the grandstand has been an important aspect of Big Iron.

For instance, in 2001, farmers could sit in a Case MX220 and experience hands-free steering. A Trimble Autopilot System guided the tractor across the demonstration field.

“We brought in some experts,” he said, adding that Big Iron demonstrated ways that companies were using GPS to measure fields accurately. “We brought in different companies, and they could demonstrate and take people on tractors that were equipped.”

For serious customer inquiries, exhibitors could provide one-on-one demos on the eastern portion of the 80-acre field, or on the field directly east of the fairgrounds. Guests arriving from the east on I-94 always knew when they reached Big Iron, as large tractors with sprayers or tillage equipment hurried up and down the fields.

In 2014, Unmanned Aircraft Vehicles (UAV) flew over the field demonstration area. Three fixed-wing models and one quad-copter were flown to show the crowd how agriculture could benefit from UAV’s in the future. The demonstrations were set up to show attendees actual data taken from the aircraft, loaded on a computer, and turned into useful maps and data for farming.

That year, Greg Endres of the Carrington Research Extension Center explained how the UAV’s could be used to check plant populations and control weeds. He predicted drones would soon be used to identify rust in dry beans, observe blackbirds in sunflower fields, check for hail or insect damage, oversee irrigation work and study research plots.

Vertical tillage, to “fluff up” the residue and cut the soil slightly, was another interesting display.

“We did a demonstration comparing the different machines – four or five brands on how well they could incorporate fertilizer and how they left the soils,” Faught said. “There is no right or wrong. It’s a matter of finding a machine that fits your needs.”

Back in 2012, the entire field demonstration area was tiled by Ellingson Companies. Installing tile was expected to remove most of the wet soil conditions present on the field.

Big Iron has always been about moving ahead in agriculture – covering more ground, working more efficiently and conserving soil in better ways than could ever be accomplished before.

The vision of Big Iron’s founders remains as true today as it was 40 years ago – making agricultural exhibitors easily accessible to farmers offers great opportunities for everyone.

“I believe that agriculture will move ahead in a positive way,” Mike St. Onge said. “What do the next years bring? What I would say is the continuation of the history that Big Iron has established – facing the future with optimism, with progressive thinking, with a look at seeing what agriculture can be, and then helping to make it so.”