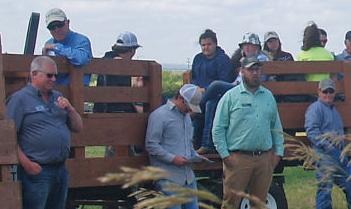 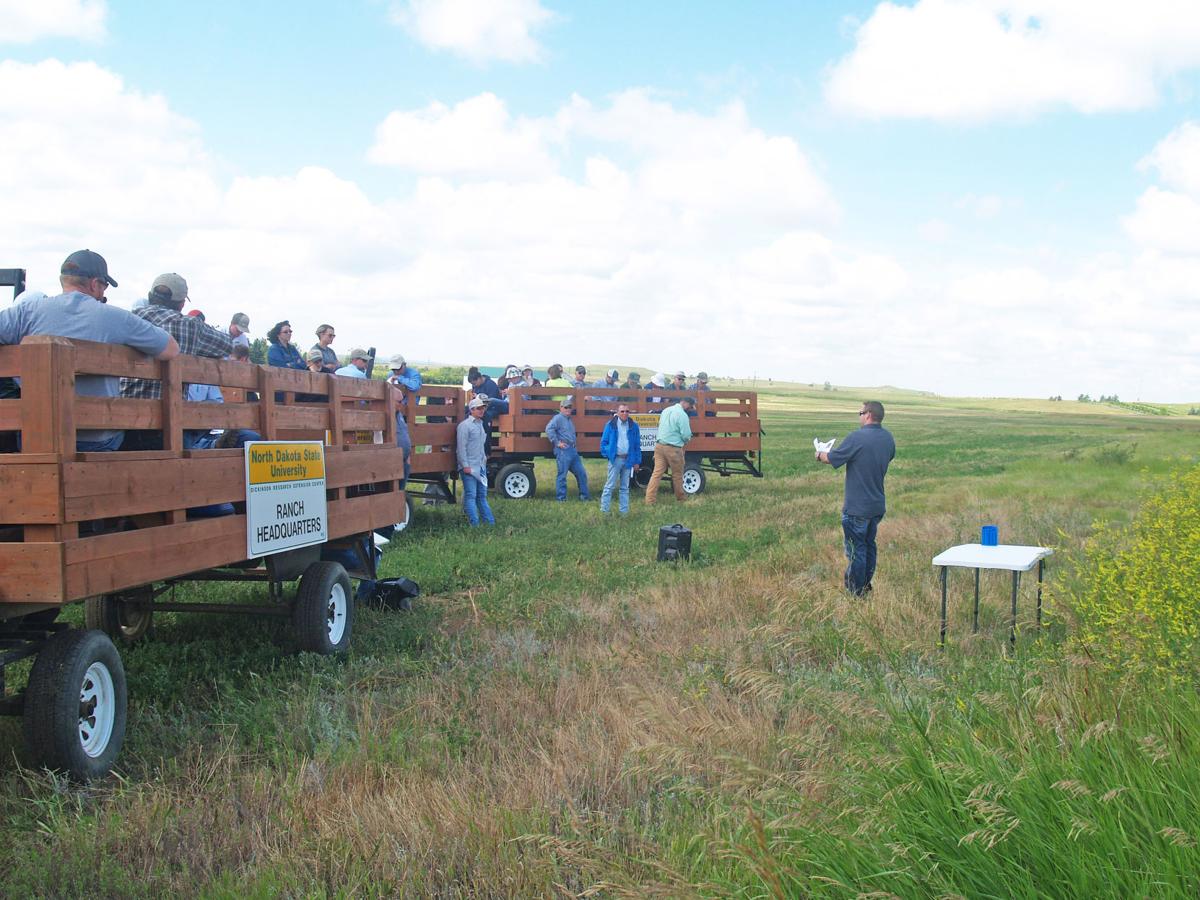 By now, ag producers are aware that pollinators and beneficial insects play a vital role in crop and range production.

In fact, beneficial insects, such as lady bugs and lacewings, can make a big dent in aphid populations in soybean fields.

One of the things that individuals can do to increase pollinators is to build shelters.

Prochaska pointed to small boxes on the ground with several holes in them.

“Ryan Buetow, DREC agronomist, has been using a 3-D printer to create a mock up of pollinator shelters,” he said. “Shelters are becoming a big deal and are being looked at for above ground and below ground shelters for pollinators. They are boosting pollinator populations.”

Pollinator boxes with one hole will only have one pollinator species. But a variety of species can live together if there are several holes in these ground boxes/shelters.

“They are like neighbors, passing each other on the way to work. They don’t bother each other, and several can live together in a box, as long as there are several holes,” Prochaska said.

Underground bee boxes are being tested to see what shelter these type of bees would live in. They are trying shoe boxes placed underground with an attached rubber hose to see if bees would use them as shelters.

“When we think about bees, we think about the big hives and honey bees,” Prochaska said. “But more than two-thirds of solitary bees have their colonies underground. They are ground dwellers.”

Solitary bees are responsible for about two-thirds of the pollenization taking place out in the field and are non-aggressive. They do not live in colonies and tend to have a short life cycle, living no more than a one growing season.

“They tend to outfit their own nest,” he added.

There are about 275 species of solitary bees in North Dakota (some recently identified at Hettinger Research Extension Center), but there are more than 4,000 species in the U.S.

There are both short-tongued and long-tongued solitary bees.

Of course, the most recognizable bee is the bumble bee with its robust, hairy, wide fuzzy body.

But one species of bumble bee was entered into the Endangered Species list a couple of years ago.

“That was an eye opener for us and we worried more species could become endangered,” he said.

Bumble bees are the most effective pollinators because of their muscular wings.

For example, a tomato plant has a small flower that is very tightly held together with the pollen inside.

Not just any species of bee can get inside that flower to pollinate.

“The bumble bee is able to use strong wing muscles to begin vibrations causing a buzzing sound as a result of the strong vibration that occurs,” Prochaska said. “That’s part of the reason why they’re considered the most effective.”

Companies, such as DuPont, Dow and Monsanto, are looking at how they can increase pollinators so pollinators don’t become further endangered.

“One of the ways bumble bees are being protected is an invention of what they call the tomato tickler. It is a little machine that is like a tuning fork,” he said.

They can kind of hit it and get that vibration effect. It has actually been developed to the point where it gets a vibrating sound, which is inserted around the plant.

“It's actually a strong enough vibration that it will pollinate that plant. But it is not as effective as our true bumble bees,” Prochaska said. “Protecting those populations is going to become a big deal in the next few years.”

Some 20 species of bumble bee call North Dakota home, and the bumble bee can actually travel about a mile distance from its colony.

Beneficial insects are important to preserve.

Beneficials, such as lady bug and hover fly larvae, are known to eat aphids from soybean fields.

Prochaska is working with the North Dakota Soybean Council on soybean insecticide resistance. With resistance to insecticide, management practices that support beneficial insects can help save yield.

“Some insecticides are beginning to fail,” he said.

In 2017, the state found significant aphid numbers in northeastern North Dakota, but in 2018, not as many.

“Some 250 aphids per plant is the traditional economical threshold, Prochaska said. “What makes it significant is these aphid populations are not overwintering here - they are being blown in from other places.”

So a lot of aphids blow in to North Dakota soybean fields each year.

Lady bugs, the most recognizable beneficial insect due to its red to orange forewings with black spots, are generalist predators, eating aphids, thrips and other soft-bodied insects.

“The seven spotted lady bug eats up to 300 aphids a day,” Prochaska said. “When you are scouting for insects, also scout for beneficial insects. Because if you see insects you want to be rid of and you see beneficials like lady bugs, wait 24 hours and come back. The beneficials may have made a big dent in the harmful-to-crop insect population.”

Both the pale green and the brown lacewing, found in North Dakota, also have larvae that can eat 200 or more adult aphids a week.

“Looking at the economical threshold for soybeans, we see the lacewing can make a big impact with aphids,” he said.

To protect the quality of our pollinator and beneficial insect populations:

- Have a water source, such as a slough or stream, close by.

- To increase pollinators, have plants that are pollinating from April to October.

- Don’t forget that shelters are important for bees. Help build shelters and leave some holes in the ground and in trees, if possible. Leave dead trees and old plants around.

“Growers have been talking to me about wanting to protect their pollinators,” he said. “We start with the fence line. Are we doing a lot of impact there or are we leaving some bare ground so pollinators can begin to find some of those rabbit holes, adapt to them and utilize them?”

Grass Hay, Round Bales. Alfalfa and/or Cane. Ground and delivered.

Looking for:Farm ground to rent near the Wausa or surrounding