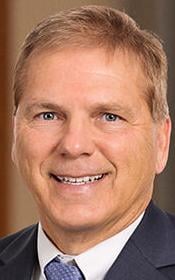 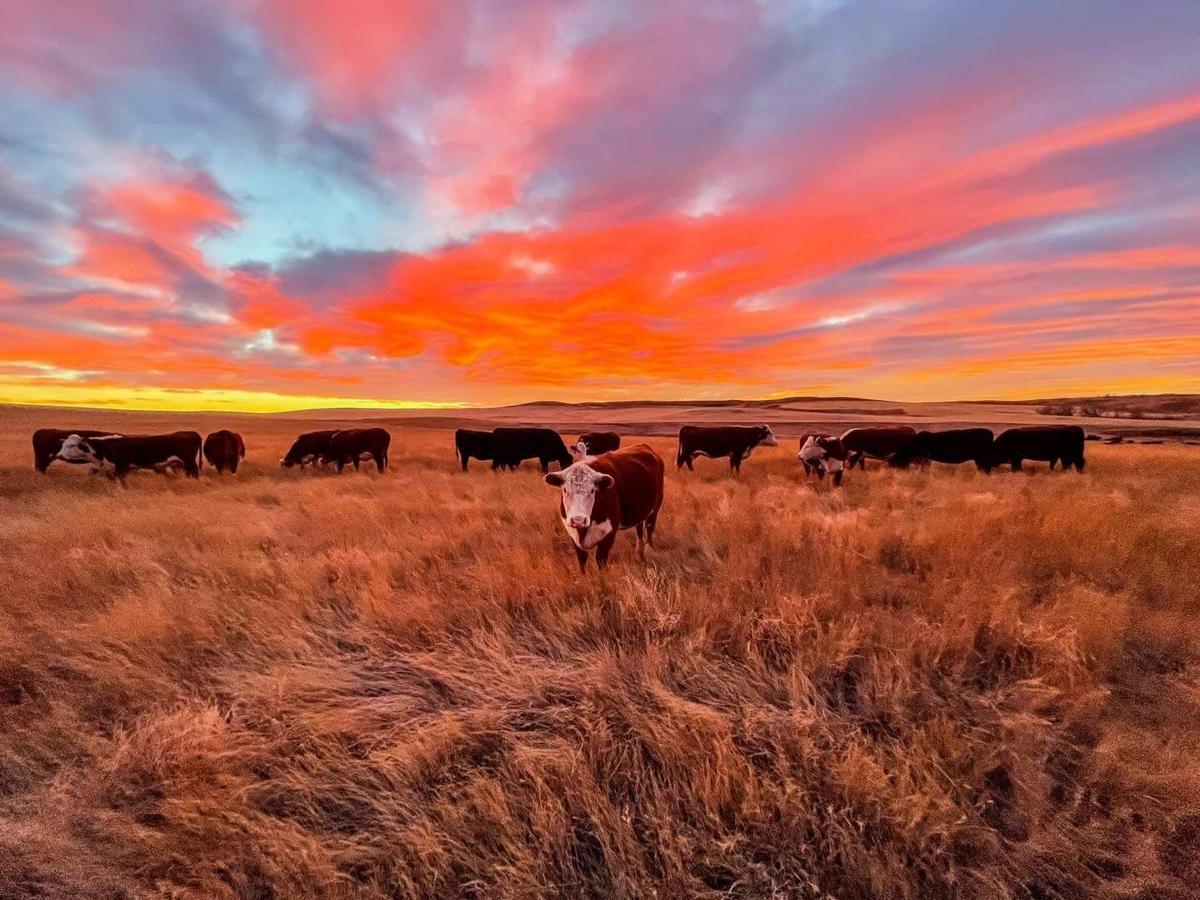 Farms that are diversified are more likely to succeed. Pictured are cattle under this beautiful sky at a diversified operation on the North Dakota/Montana border. Photo courtesy of Whitney Klasna.

There is a widening economic divide in agriculture, according to Lynn Paulson, Bell Bank agribusiness director in Fargo, N.D.

Paulson, who has a small farm and deep roots in agriculture, says he is fine with people who don’t always agree with his opinion on the subject.

In addition to his responsibilities at Bell Bank, Paulson has a couple of small ag ventures of his own. He built a grain bin storage facility off his farm that he rents out to several area producers. It was built off the farm for better producer access and convenience – and in case he wants to sell it someday.

“It is next to a paved road and if you want to sell it, probably the worst place to build it is on the farm,” he said.

Paulson also has a couple pens of steers each year for people who want processed beef.

“I also had enough slaughter space this year (2020) to accommodate many of those who wanted to buy farm fresh beef,” he said.

On the subject of farm finance and operation, Paulson said the current ag landscape is showing a concentration of debt in many larger operations, as well as lots of operations with minimal or no debt.

“Some try to get larger, hoping to become more efficient and become a low-cost producer, but that does not always happen,” Paulson said.

But farm real estate debt has been rising. Historically, low interest rates have somewhat eased some pressure on farm finances.

“We’ve been real fortunate that interest rates have trended lower,” he said.

Most everyone remembers how high interest rates were in the 1980s.

Now those costs have been replaced by input costs such as seed, chemical, fertilizer, and land rents. Interest costs are now a smaller part of production costs.

“A lot of farms are profitable, but they still don’t cash flow because they have debt payments,” he said. “The only time breaking even really works is if you don’t have any term debt to service.”

There are many operations that “can’t quite enough traction” to get that debt service coverage ratio to 1:1.

“The operations are profitable, but you still need profits to service debt, so their working capital continues to go backwards,” Paulson said.

“But in many cases, they did not fix the underlying issues,” he said.

Because of operating losses and cash flow shortfalls, some producers are on their second, third or even fourth rounds of refinancing real estate.

“As an ag lender and farmer, we have to ask ourselves, are we really doing anyone any favors by continuing to do this? Are we building a bridge to better economic times or are we taking them farther out on the pier and into deeper water to drown in debt?” Paulson asked.

Refinancing just buys someone the time to identify and fix problems, but it doesn’t necessarily address underlying issues.

“There are basically only two ways to reduce core debt, make money or sell assets, but both can have income tax consequences,” Paulson said.

When comparing today’s economic environment to that of the 1980s, there are both differences and similarities.

The biggest difference is there are currently stable land values and lower interest rates.

“The similarities include the fact that leverage is starting to increase and there is a reliance on government payments,” he said. “We need to monitor that.”

In the 1980s, the many producers with poor production skills went out of business.

“In this cycle and decade, the poor managers are probably at the highest risk,” Paulson said.

There continues to be “enormous consolidation” in all sectors of agriculture.

Farm and ranch operations consolidate almost on a daily basis. When smaller operations cease to exist, they are normally absorbed by a larger operation.

Banks and financial institutions have been forced to consolidate to comply with various regulations and to have economies of scale.

Chemical and seed companies are consolidating, too.

“It seems many sectors are trying to reach needed levels of critical mass and economies of scale, and time will tell if that is a benefit or a hindrance to producers,” he said.

Over the last six months, it became obvious to most of agriculture that meat processing was being run by just three or four companies.

These few companies are controlling 65-85 percent of all the beef and pork that is slaughtered in this country, which led to issues with the meat supply chain being disrupted.

“My dad used to say, ‘a chain is only as strong as its weakest link,’ and quite frankly, I think we found out where the weak links in the meat supply chain were,” he said.

Because of consolidations, it can be more difficult to pass operations down to the younger generations.

“Problems may have started in the super-cycle years of 2006-2013 when a lot of money was made and younger generations returned to farm,” Paulson said.

As margins have tightened up, some farms have had to go back to one generation.

“It takes two generations to build a farm and it just takes one to tear it down,” he said. “Talk to any ag lender and there are two things that are going to come up: working capital and family living costs.” Working capital or liquidity allows farmers to have flexibility to take advantage of opportunities.

About 60 percent of farm production costs are fixed, such as land and equipment costs and living expenses.

For many bankers, collateral and equity alone are no longer enough to get financing deals done. Most want to see some history or levels of adequate cash flow or profits.

After a few years of no substantive change in operations, high risk producers will often say commodity prices have to improve and in some cases, they have.

“Bankers get paid to manage downside risks and we do have concerns about this,” he said.

Those who were most at risk in the last few years included young producers who did not have a lot of family help, as well as established producers that have expanded at the end of the super cycle with high levels of new debt.

“There is also a high percentage of land being rented currently and the cash rents can be real competitive in many areas,” Paulson said.

As operations were profitable and got larger, so did lifestyles, and it has been tough to rein that back in.

The University of Illinois recently conducted a study and found that family living costs were very high.

Those most at risk include producers with below average marketing and management skill sets and those who consider “hoping the market goes up” as a marketing plan.

In addition, high-cost producers with significant non-earning assets like lake homes that have debt are at risk.

Operations that are doing well are not afraid to pay income taxes, and would rather manage rather than avoid income tax.

Operations that do well have often have “wisdom combined with knowledge.”

“Sometimes this is mixing generations. It is taking data and putting that into a decision making process where some experience comes into play,” Paulson said.

Many successful operations have modest family living costs. Many have off the farm income to pay for such things as health insurance.

Family living costs can be a slippery slope for ag lenders.

Often, the standard of living is much higher than producers think.

Operations that do well are equally proficient in production, financial management and marketing.

“It is not just how big your crop is, but it’s how you market your crop,” he said.

Operations that have a back-up plan are more likely to be successful operations in the long-term.

“They are comfortable with their scenario planning and they don’t sweat the small stuff,” he said.

While it seems to be a large gap, good management can narrow that gap.

CROSBY, N.D. – A routine day of harvesting can suddenly turn tragic and show how important our friends and neighbors are. That was the experie…

BISMARCK, N.D. – The 2021 KFYR Radio Agri International returns Feb. 9-10 at the Bismarck Event Center for their 44th year as one of the premi…

Farms that are diversified are more likely to succeed. Pictured are cattle under this beautiful sky at a diversified operation on the North Dakota/Montana border. Photo courtesy of Whitney Klasna.