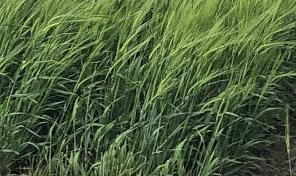 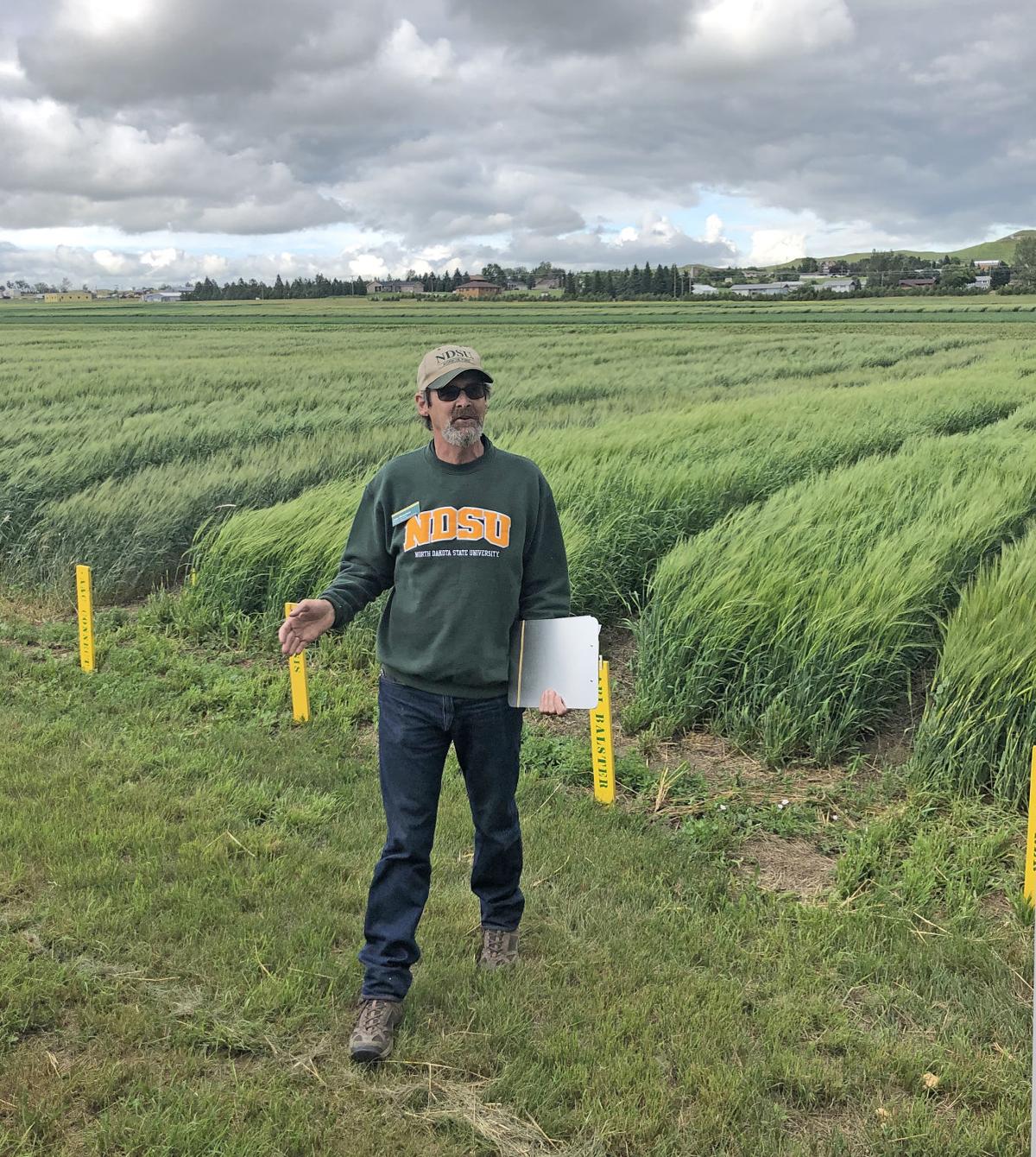 It’s that time of the season when producers across the state make their final decision on which varieties they will plant in spring 2020.

“We had a decent year in 2019 – good crops, but like everybody, we fought with quality and getting crops to harvest. Overall, I was happy with the yields,” Rickertsen said.

Rickertsen is also on the NDSU committee that recommends new releases of crops.

“In our January meeting this year, we had a lot of varieties up for consideration for release,” Rickertsen said.

“What is unique about it is it is going to the cover crop market. It was released because it is very early maturing and has vigorous growth,” he said.

In the east, winter rye is planted as a cover crop. It matures early; then the cover crop is terminated with a roller crimper, providing mulch or a green manure to no-till plant soybeans into.

ND has also released a conventional soybean, ND Rolette, with a 0.9 maturity rating. The new soybean is resistant to the newest race of phytophthora root rot and is tolerant to iron deficiency chlorosis (IDC).

ND Dickey is a non-GMO soybean that is not resistant to glyphosate herbicide.

In the southeast region of the state, ND Dickey yielded 3.4 bushels per acre more than ND Stutsman and matured the same day.

“If you are looking for that type of soybean, ND Dickey does look nice,” he said.

NDSU released a new chickpea named ND Crown, a Kabuli-type that will be available to growers next year.

“Before it was released, NDSU wanted more Ascochyta data on it. So now they have two more years of information and ND Crown looks as good as Frontier,” Rickertsen said. “It is a little bit bigger seeded than Frontier so it can go to the canning market, and it can also be used for hummus, as well.”

“It is the first yellow field pea we have coming out of the NDSU pulse breeding program,” he said.

ND Dawn is a large, smooth yellow pea, with parents DS Admiral and PS0010836, and is early maturing, about 95 days.

“It is a smooth yellow pea known for its large seed size. With that pea, they do have some bushels yet to go out this spring,” he said.

ND Dawn had Foundation seed growing at Williston and Minot this past year.

Based on 2015-17 data comprised of 18 nurseries, ND Dawn has high yield potential in North Dakota. ND Dawn has an average seed yield of about 2,537 pounds per acre across those nurseries.

ND Dawn is tolerant to lodging and has a good plant stand, slightly shorter than Agassiz, but taller than CDC Striker. It has similar response to Fusarium root rot as other newer varieties.

The protein content of the yellow pea averages 24.1 percent.

A new naked oat with unique flavors for the human food cuisine market was released. It has not been named because it is available for licensing.

“It is cooked like rice and will be a licensed oat. A grad student discovered its taste was different than other oats, so it will be marketed to the cuisine market,” he said.

Another new oat released this year is ND Heart.

“It will be a specialty milling product for the human food market, and there are a few bushels available for this spring,” Rickertsen said.

ND Heart is similar to HiFi oat in grain yield and test weight. The variety produces grain with greater protein concentration than HiFi – as well as greater groat B-glucan concentration.

“The wheat is medium maturity and medium tall, and has an excellent disease package,” Rickertsen said.

ND Frohberg is a “very high quality” wheat like Glenn or VitPro, but it doesn’t have the strong vitreous kernel like ND VitPro.

“ND Frohberg is a new release out of the NDSU spring wheat breeding project,” he said.

Wheat acres have dropped from the high of 13 million in the late 1990s to about 6-8 million acres in recent years. Of that, 1 million is durum.

“With the release of glyphosate tolerant beans, soybeans have been taking many of those acres,” Rickertsen said.

Spring wheat yields have increased about 20 bushels over that time period, partly due to the breeding programs and partly due to management practices.

There are many new HRSW varieties released each year, both from private and public programs.

In 2019, SY Ingmar and SY Valda took a third of North Dakota’s HRSW acres, but many different varieties composed the rest of the pie chart, taking 2-5 acres each.

In 2018, there were six new varieties, including Montana State University’s Lanning.

“Lanning has high quality and that stay-green trait after heading,” Rickertsen said. “It has looked good out here for yields, and it has some aluminum tolerance for those low pH soils.”

In 2019, there were many new varieties across the board.

“Syngenta is going back to Agri-Pro (AP) to differentiate itself. Its new spring wheat release is AP Murdock,’ he said.

SY Longmire is a new sawfly release, a solid stem, which seems to be better performing than Mott.

MN Washburn is a unique variety out of Minnesota, with resistance to barley yellow dwarf. It is medium maturity, average grain yields, and a decent disease package.

“We don’t see barley yellow dwarf that much, but it can be a problem,” he added.

How did crops perform at HREC last year?

The highest-yielder over three years was CS Camden oats averaging some 120.4 bushels per acre.

Field peas, both yellow and green, had a lower than usual yield due to lodging at harvest. Protein was good, however, averaging 26.5 percent.

Lentils had a nice yield, averaging 1,912 pounds per acre.

While chickpeas at the HREC station sprouted in the pod, the crop had a good yield of 1,823 pounds per acre.

“By the time I could harvest the RR varieties (due to weather), some of the canola shattered,” he said.

Safflower also sprouted, but it had decent yields, 1,561 pounds per acre.

Corn had nice yields, averaging 127 bushels per acre and a test weight averaging 50.8 pounds per bushel.

“The corn would have yielded 150 bushels per acre and would have weighed 56 pounds, but we fought with quality issues. So we had a lot of challenges last year.”

At HREC and research centers across the state, new varieties have been tested for many years across many environments.

There are several new varieties for producers in North Dakota to choose from this year or next year, including many with good disease packages and others that can be grown in different environments across the state.