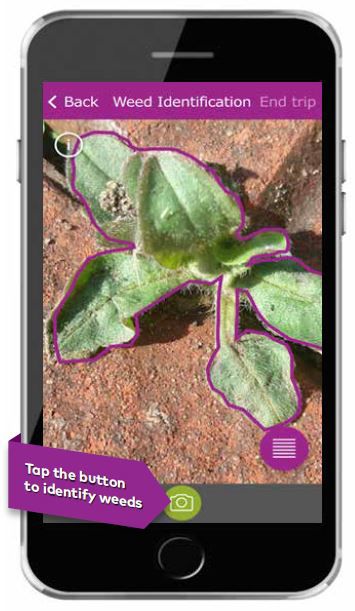 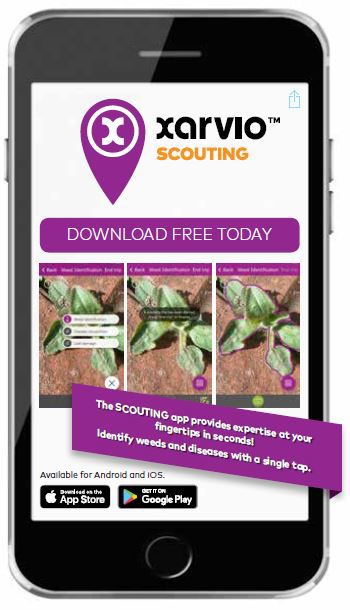 A new app using instant photo recognition, artificial intelligence and data sharing technology recently became available for the U.S. market during the Farm Progress Show. This app – called xario – will allow anyone with a smartphone to identify weed and disease threats on a variety of crops such as soybeans and corn, according to David Gray, commercial and development manager for xarvio.

This app was developed by xarvio – the Digital Farming Company, which is a trademark of BASF.

The xarvio scouting app was first released in Europe in November 2018 and is now operational in 90 countries, with more than 58,000 users. The app has a database of 150,000 weed and disease images and is in the process of adding an additional 100,000 U.S. specific images this year, Gray noted.

Crop scouting is time consuming and requires detailed knowledge. Unlike other apps in the agriculture marketplace that require users to scroll through a catalog of images, the xarvio scouting app uses instant photo recognition to quickly and accurately identify weed and disease threats from an ever-growing database of images from local and global growers. The app is powered by advanced artificial intelligence algorithms that continually improve precision and functionality through machine learning and data sharing, he explained.

“The app is trained to recognize weeds at really early stages, which the hardest for anyone to recognize, even for experienced farmers or their agronomists,” he said. “This app will recognize down to the cotyledon stage up to three, four or five leaves. You just take a picture of it and it will tell you what you just saw. It works the same for leaf diseases, too. Even at the early stages when some of them look similar, it has been trained to recognize the little unique differences between them, so you can know sooner and earlier what you are seeing in the field.”

The image database will continue to expand as farmers and leading research partners add to the image collection, as well as over 10 leading research universities, one of which is North Dakota State University.

“This ag tech of the future will improve the speed and accuracy of threat identification, saving growers time, effort and money,” he said. “The scouting app help growers and agronomists to be more efficient in maintaining crop health and reallocate the time traditionally spent on scouting to other farm priorities.”

“Our overarching goal with xarvio is to think about the future and new technology to help grow healthier crops,” Gray said. “We recognize the future of crop protection, in general, shouldn’t be about selling more jugs of product. Instead we need to make more targeted applications, whether it is a herbicide or a fungicide.

“From our standpoint we see that growers will want to use less product and use it more efficiently. The xarvio goal is to help growers feel more confident about using some of the products that will help them when the ROI (return on investment) isn’t apparent every year for this. Our approach is sustainability and recognizing it isn’t profitable for growers to just keep pouring crop protection products on a field, if they can figure out ways to use them smarter and more efficiently.”

All of this ties into even broader issues such as weed resistance, he noted.

As for the app’s future, Gray said there is work being done now to bring an insect component into the app eventually. Such a feature already exists in the European app, but more work is needed before it can be made available in the U.S. market.

More information on this app can be found at www.xarvio.com