Each year, American farmers raise billions of chickens, more than enough for a “chicken for every pot,” as Herbert Hoover’s campaign once promised.

But all those birds mean a lot of something else: manure. Poultry litter is the mix of manure and bedding materials coming from the poultry industry. Farms produce millions of tons each year.

Like other animal wastes, poultry litter is a natural choice as farm fertilizer. Although it’s widely used, there’s still a lot we don’t know about how — and if — poultry litter helps crops.

In new research, scientists in Mississippi tested just that. They looked at how applying poultry litter to fields over several years would affect the soil and crops grown afterward. The work was recently published in Soil Science Society of America Journal.

“Our goals were to develop sustainable management practices and guide farmers to increase row crop production while keeping nutrients in the field and improving soil health,” said Gary Feng, member of the Soil Science Society of America and lead author of the new study.

Farmers often come to Feng and his colleagues asking how to best use poultry litter. So the team has been researching the best answers.

On Mississippi State University test fields, they came up with three fertilizer treatments. In one, they would apply poultry litter. In another, they would use commercial chemical fertilizers. The control treatment received no nutrients.

After five years of these treatments, they planted soybeans for three years and measured how well they grew. The scientists also tested the soil, which has a big effect on crops.

Feng’s group found poultry litter has a significant impact on the soil. The soil that received poultry litter was less compacted. Soil compaction is a common problem that can reduce how well water moves through the ground.

The soils with poultry litter also had the ability to hold a lot more water, and they allowed water to soak into the ground quicker.

The upshot was that soil receiving poultry litter could save farmers about one watering event a season. That means money saved.

“In other words, the soil could let more rainwater get into soil and hold more rainwater for rainfed crops to use when the field is dry or save irrigation costs for irrigated land,” says Feng.

Another important component of soil is how much carbon it holds on to. Carbon-based organic matter usually improves soil.

Although the poultry litter added a lot of carbon over the years, that carbon tended to evaporate as carbon dioxide in the hot and humid region. So at the end of the experiment, the soil carbon didn’t change a lot.

Soybeans planted in the fields grew better in the years after poultry litter was added to the soil. One year later, soybean yields were 8% higher. And three years later, yields got even better. They were 11% higher than in fields that received synthetic fertilizers.

Because a large portion of poultry production takes place in the Southeast U.S., this research on local crops and soils is especially valuable to farmers in the region.

“These results are useful for development of management practices that improve soil health and function,” says Feng.

These findings could be helpful to crop farmers deciding how to fertilize their fields. And poultry farmers can get a clearer picture of the value of the litter they produce.

Gary Feng is a soil scientist with the U.S. Department of Agriculture. This research was supported by the Mississippi Soybean Promotion Board.

Three years into his trials, Boyer saw enough benefits to seed cover crops on all the acres he own.

Agricultural producers have been looking for simple and affordable products to remotely monitor and control their irrigation wells and pumps. … 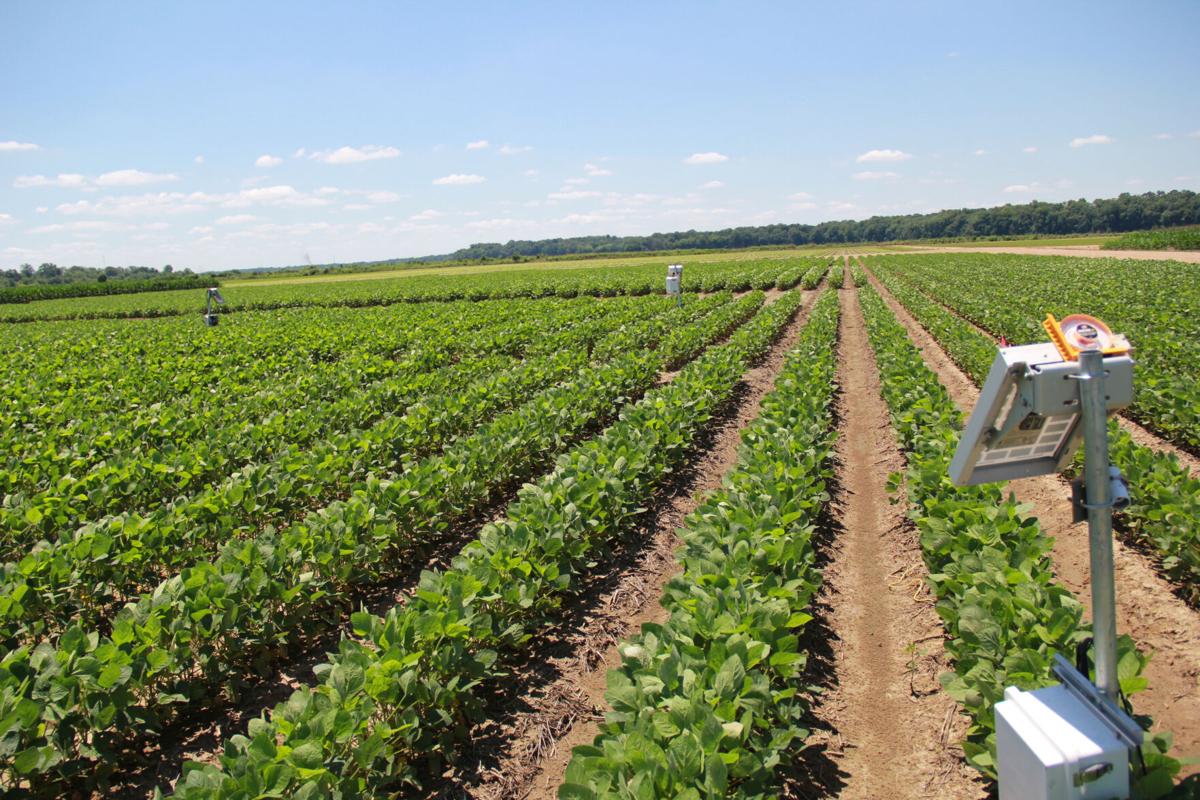 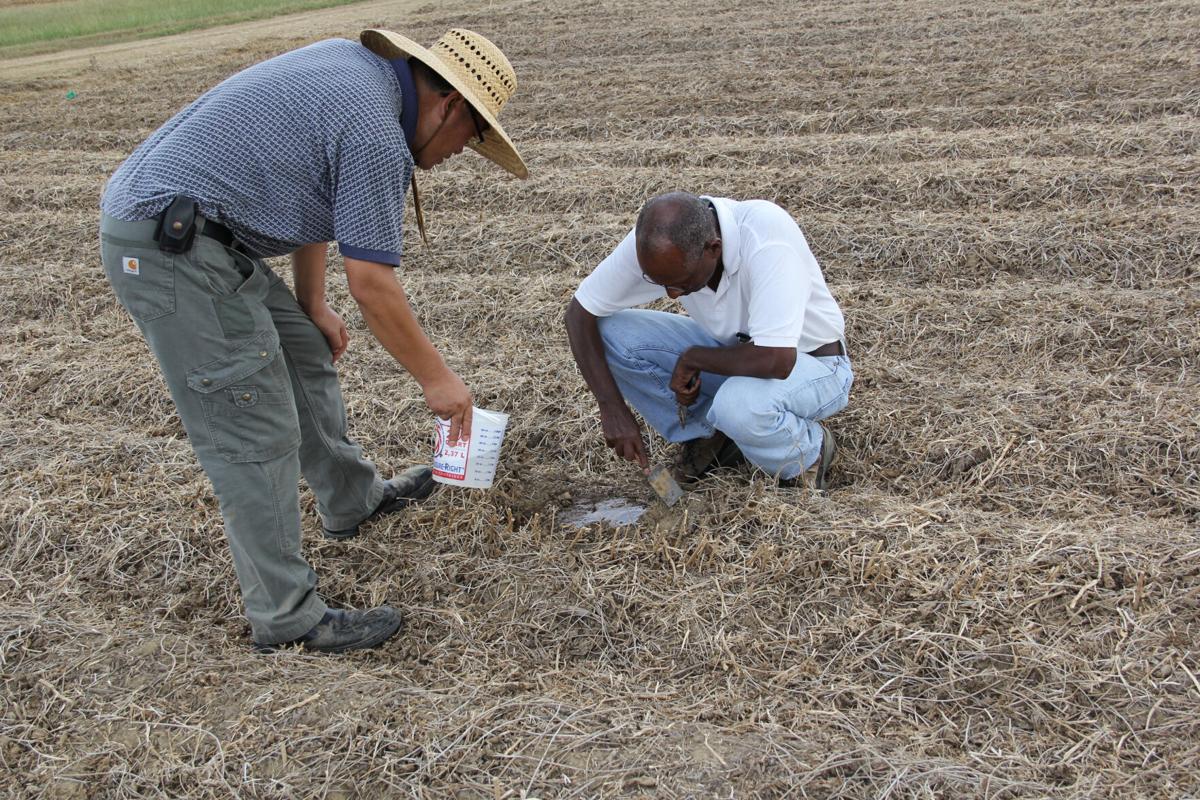 Scientists Gary Feng and Haile Tewolde test how fast water can infiltrate into soils that were fertilized by commercial inorganic fertilizer and manured by poultry litter. 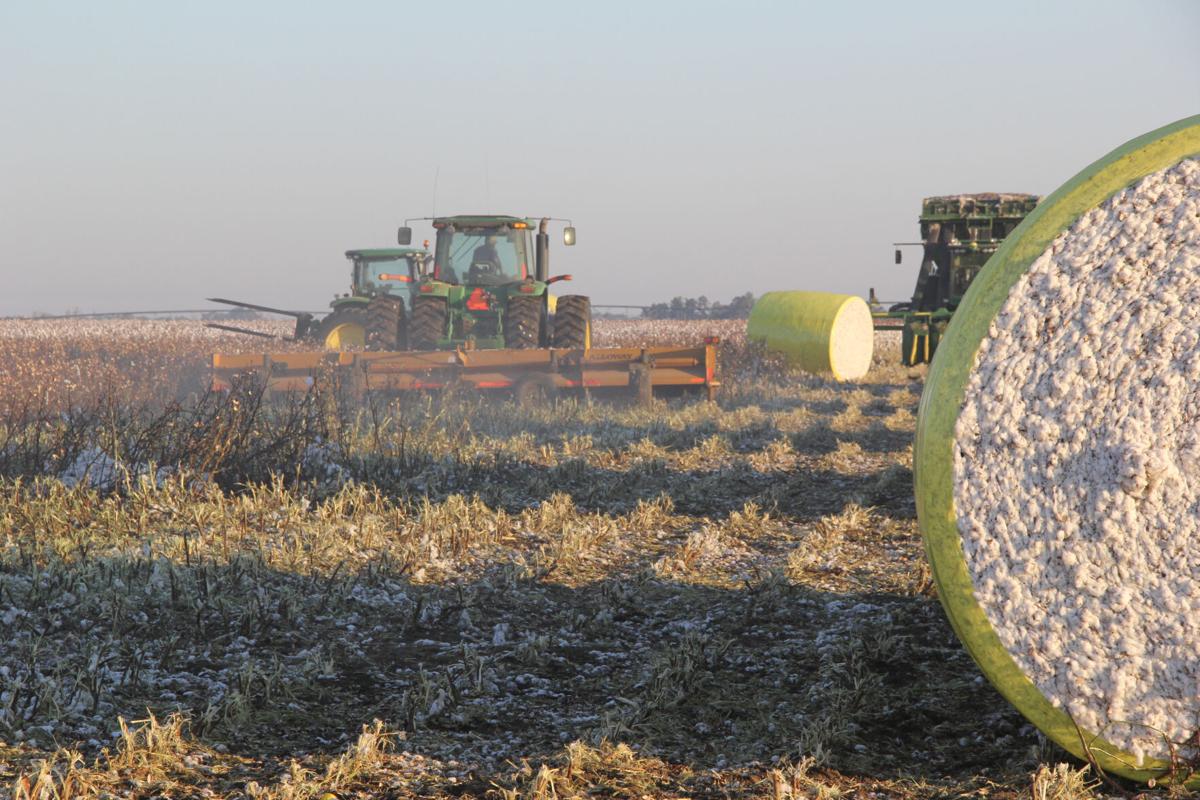 Cotton is harvested on a test field.