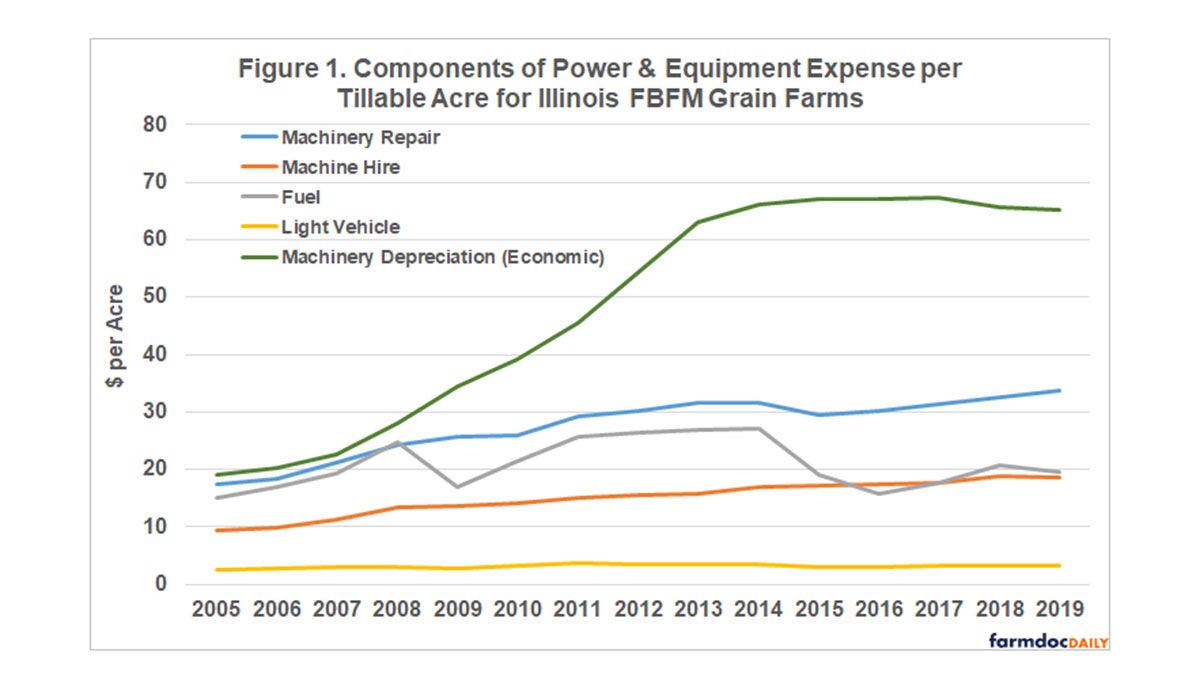 Editor’s note: The following was written by Bradley Zwilling with the Illinois FBFM Association and University of Illinois Department of Agricultural and Consumer Economics for the university’s farmdoc daily website March 19.

With tightening margins and greater amounts of uncertainty, producers are looking for ways to cut costs. Researchers are looking at power and equipment costs components, how they vary by farm size and the impact on profitability.

This total cost compares to 2010 when the total power and equipment cost per acre was $108.63.

In 2008, economic machinery depreciation began to accelerate more than the other components of power and equipment costs. The acceleration was due to increased incomes as well as increased expense election limits for tax purposes. Farmers were purchasing equipment to utilize the expense election to have current tax deductions.

Since 2014, economic depreciation has lowered as less annual capital purchases were being made. Also in 2014, fuel and oil costs decreased and have maintained that lower level for the last five years.

Capital purchases began to increase in 2006 with the run-up in grain prices. This trend continued through 2013, and capital purchases have been decreasing on a per-acre basis until 2016.

If you were to net capital purchases against sales in 2019, the result would have been about $70 to $75 per acre.

It is interesting to note that size groups with the largest power and equipment costs had the lowest percent of that cost from economic depreciation and vice versa.

Controlling costs, including power and equipment costs, is a key in increasing farm profitability.