It’s certainly not uncommon for a machinery technician to save the day during harvest season, but it is rare for one to literally save a farmer’s life.

A John Deere technician had dropped by Evan Leake’s farm near Lexington, Illinois, in August 2019 when the 30-year-old suddenly collapsed while experiencing a heart attack.

Only days before, Evan had passed his medical checkup and had no reason to suspect anything was wrong as he started a routine oil change. Moments later he was in a life or death crisis.

Today Evan and his wife Erika tell their story in hopes of helping others. This September, they spoke to farmers at a Farm Bureau meeting arranged by long-time friend and fellow farmer Jason Kieser.

Kieser, the chairman of the McLean County Farm Bureau, had attended a statewide meeting for young leaders in January and was moved by the story of a young farmer who survived a farm accident. He was even more touched when the young farmer’s wife told how the experience affected the whole family.

Kieser thought of his friends, Evan and Erika, and invited them to tell their story. He knew it would have more impact in the farming community than hearing statistics.

Kieser said hearing the whole story of his friends’ experience has motivated him to take action in regards to CPR training and getting an AED, an automated external defibrillator designed to analyze the heart rhythm and deliver an electric shock to victims.

Evan’s experience was a health issue, rather than a farm accident, but it still has a valuable message people can learn from and take action on, Kieser said.

That morning of Aug. 16, 2019, Erika had left their farm in Lexington, taking her baby and 2-year-old sons to daycare on her way to work at the State Farm Insurance office in Bloomington about 30 miles away.

Their John Deere tech dropped by just to let Evan know he would be back after another call.

“He got light headed and fell against the visiting technician’s truck. At first he thought Evan was joking,” Erika said.

Then Evan collapsed. The technician, humble about his role that day, prefers his name not be used. He started CPR immediately, Erika said.

“CPR is a critical part to his story,” she said.

A farmer Evan worked for at the time called 911 and dispatch got things in motion immediately.

When the call came, a county deputy was nearby and reached the farm before the ambulance arrived, Kieser said.

Evan had a mitral valve prolapse, a heart condition some people live with into their 80s and 90s, Erika said. He doesn’t remember much of what happened at the time of the accident, so Erika tells that part of the story.

She got the phone call at work, which was near OSF St. Joseph Medical Center in Bloomington. So close in fact, she got to the hospital before the ambulance.

“At first I thought it was a farm accident,” she said.

She was warned initially that he could have brain damage and might have to go to extended rehab to relearn skills.

The quick action of those on the scene and immediate specialized treatment at the hospital set him up for a quicker recovery than most people in this situation. Within a day, she learned he would recover fully.

“He’s literally a walking miracle,” she said. “He was quickly back to himself and regained his strength.”

“My takeaway is the value of an AED. It opened my eyes,” Kieser said.

Kieser, who has employees on his farm, said the cost of a new defibrillator is less than $2,100 and a used one is about $900.

“In my opinion it’s a drop in the bucket,” he said of the investment for a farm.

The key would be to keep it nearby where the farm work happens, he said.

Post-harvest he plans to talk with his parents at their farm in Shirley in central Illinois about getting CPR training as well, he said.

Kieser said if those two things, CPR and the AED, weren’t available for Evan that day, his friend likely would not be here.

It is worth the cost, Erika said.

“It’s not a guarantee it will save a life, but it could,” she said.

Dry weather didn’t seem to hurt yields in corn hybrid trials as much as was expected by farmers and researchers earlier in the year.

BLOOMINGTON, Ill. — Transportation, trade and ethanol are among the issues Illinois corn growers will be focusing on in the new year.

Drought may affect seed decisions for 2023

If it ain’t broke, don’t fix it. That is one piece of advice agronomists have for farmers deciding what seeds to purchase following a season t…

Some farmers are highly experienced no-tillers, others are expert organic farmers, but not a lot are both. 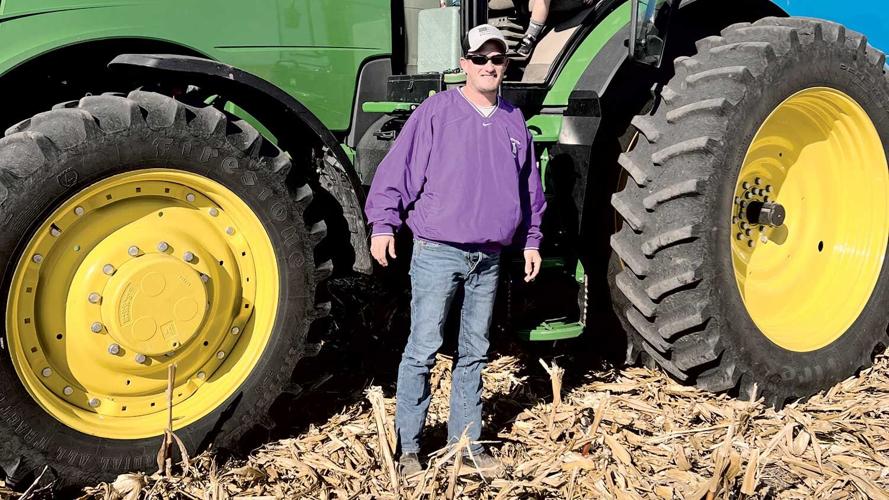 Evan Leake’s experience was a health issue, rather than a farm accident, but it still has a valuable message people can learn from. 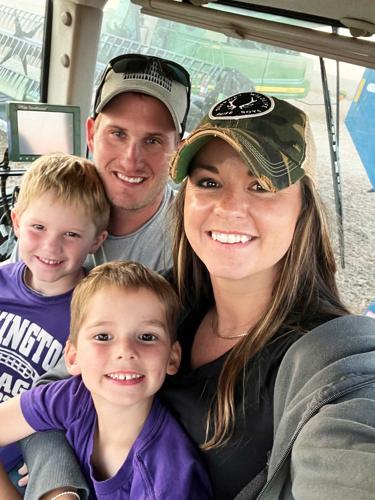 Evan Leake enjoys harvest season with his family— sons Callahan, 5, and Carson, 4, and wife Erika — likely more than most farmers. Back in 2019, he nearly died from a heart attack. He now shares his story with other farmers about the importance of knowing CPR and having an AED available.