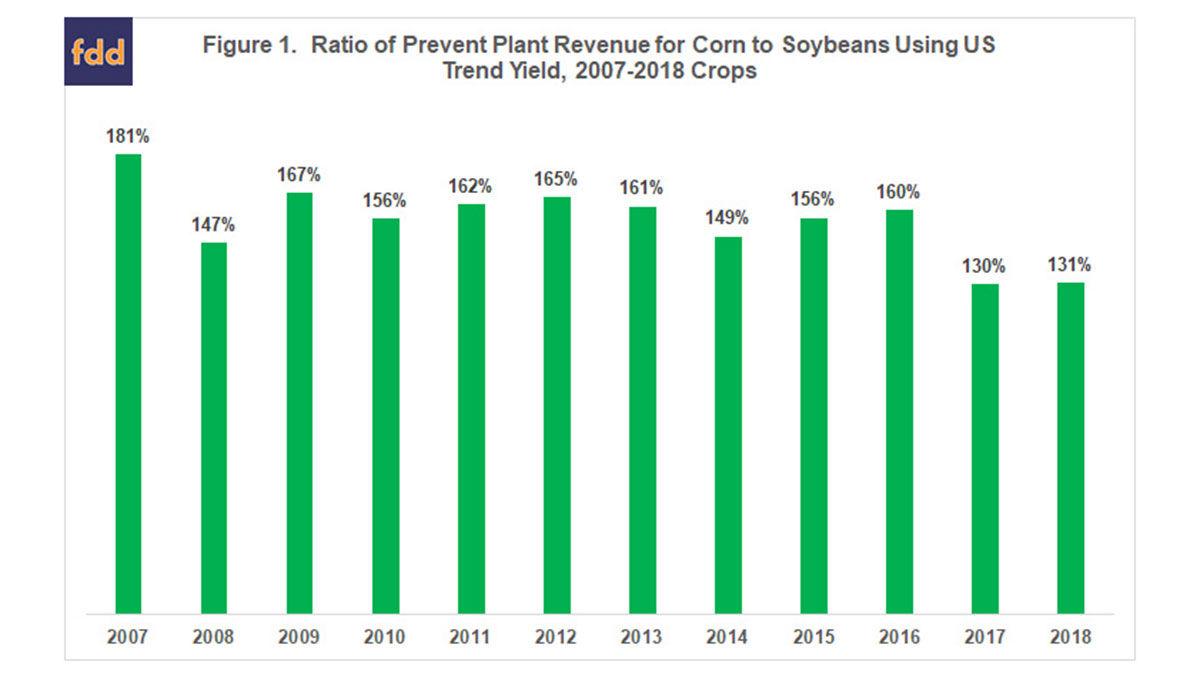 The difference between corn and soybean prevent plant payment for 2019 is consistent with the difference for the 2007-18 crops. 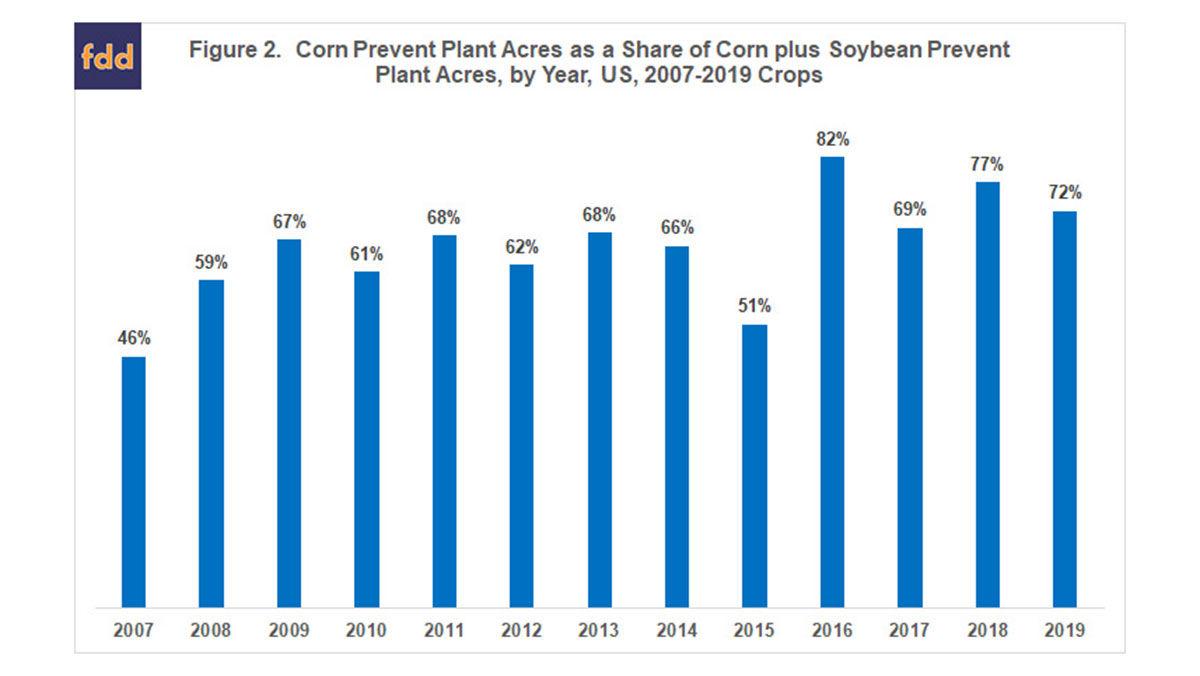 The difference between corn and soybean prevent plant payment for 2019 is consistent with the difference for the 2007-18 crops.

One potential reason explored in this article is that acres intended to be planted to soybeans were claimed as corn prevent plant acres.

Under RMA rules, prevent plant can be taken only for crops planted on an insured unit in one of the four preceding crop years, the farmer must show intention to plant the crop in the current year, and prevent plant is capped at the highest acres planted to the crop over the four prior years minus acres planted to the crop in the current year with adjustment if the insured unit increases in size.

The remaining 200 acres can be planted to a crop other than corn or put into prevent plant for a crop that was planted on the insured unit during the last four years and its final insurance plant date has passed.

The prevent plant coverage factor is set by RMA based on analysis of the share of production costs incurred before planting. It currently is 55% for corn and 60% for soybeans.

Prior to the 2017 crop, corn’s prevent plant coverage factor was 60%. RMA reduced it after reviewing pre-plant costs.

If the above example farm had intended to plant 300 acres to both corn and soybeans, taking corn prevent plant payment on 400 instead of 300 acres is worth $8,200 to the farm ($82/acre times 100-acre difference between the four-year high of 400 corn acres and 300 intended corn acres).

Because prevent plant payment per acre is notably higher for corn than soybeans and given the planting interactions between corn and soybeans, it should not be a surprise that corn dominates soybean prevent plant acres.

This story for the 2019 crop is consistent with historical experience. Moreover, corn’s share of corn-soybean prevent plant acres appears to be increasing over time.

A prevent plant claim can occur only after an insured loss, such as weather, delays planting until after the final insurance plant date. Given this condition and assuming everything else is constant, the higher the prevent plant payment, the greater the incentive not to plant, specifically soybeans in the case examined in this article. Fewer acres, smaller supply and higher prices result, negatively impacting input suppliers, output users and consumers.

The preceding point prompts a policy question, “Is it good public policy for U.S. society as a whole to allow corn prevent plant payment to be claimed for acres intended to be planted to soybeans?”