NORMAL, Ill. — When a friend came to Rich Follmer with a problem of low yields on his no-till ground in 1988, the innovator had no idea that his solution would one day earn him the title of “grandfather of strip-tillage.”

There were really only two choices then — “till or no-till,” said Follmer, a McLean County farmer in central Illinois.

His friend chose no-till, but the yields were far below those of people using conventional tillage at the time. Follmer, known for his inventiveness with ag equipment, decided to find a way to change that.

While farmers in southern states were interested in no-till for moisture retention, farmers in the Midwest chose no-till because they can farm more land with less equipment, less fuel and less labor, he said.

Follmer started working on a row unit that allowed a grower to till a narrow strip of land so soil could warm and dry out quicker before planting. He discovered he only needed to till 8- to 10-inch strips to provide a friendly seedbed and still maintain the benefits of no-till.

“We fooled the corn into thinking it was field-cultivated,” he said.

Follmer, who had founded his own manufacturing business in 1981 building sprayers and other equipment, kept tinkering with his strip-till idea. By 1992 he started manufacturing his first strip-till design at his business, Progressive Farm Products in Hudson, Illinois.

“It grew from there,” he said.

He also addressed the issue of getting fertilizer in the right place.

“Now farmers could save money on fertilizer,” he said.

In 1995, Follmer was a guest speaker at the National No-Till Conference in Indianapolis.

“There were about 900 farmers there — all of them no-tillers,” he said, and some of them purists.

Follmer was the last speaker of the three-day conference and was allotted 25 minutes to speak, not knowing what response he might get.

“When I was done, people flocked around me and started asking questions,” he said.

They kept asking questions for three and a half hours.

His progressive strip-till tool bar and attachments were in demand. The 24-row, 60-foot version was popular in western Iowa, but the equipment grew in popularity across the country.

“We even sent several to the Ukraine, Czech Republic and Russia,” Follmer said.

It was about this time that Frank Lessiter, publisher of the specialty magazine “No-Till Farmer,” dubbed Follmer the father of strip tilling.

“Today the real phrase is grandfather of strip-till,” Lessiter said in October, noting Follmer’s importance as a founder in the practice.

In 2010, Follmer sold Progressive Farm Products and its factory to Kongskilde Industries, a Danish-based company which also had a tillage line. Follmer had 14 employees at the time and continued to work for Kongskilde another four years until he was 65.

This helped him make another dream come true.

Today he and his son, Tim, farm together in McLean County. They are still building and adjusting the specialized equipment they need on the farm. They worked on a semi tanker trailer for spraying recently and built the steel catwalk system for their new grain bin near Normal, Illinois.

Follmer keeps finding things he needs to build on the farm.

“It’s nice to have things to do in the shop in the winter,” he said.

“They bought the product line and shut it down,” Follmer said. Progressive Farm Products were gone.

Follmer said he still gets calls from people who bought his equipment.

“People can’t get parts and that makes me sad,” he said.

But for those wanting striptill equipment, “KUHN Krause builds a good one,” Follmer said.

Landoll and Orthman in Nebraska and Sunflower Tillage Tools do as well. A lot of smaller companies also make strip-till equipment, and John Deere and Case both have their own versions, he said.

CNH also bought all copyrights and patents to his company. So he still hears the phrase “built by farmers for farmers” that he used with his company.

Today, on their own farm, the Follmers use a mix of tillage approaches.

He and Tim strip-till corn with a 16-row Progressive bar, no-till soybeans and use a field cultivator and conventional tillage when needed.

They continue to experiment and might try strips of beans between corn rows this year in test plots.

While his strip-till equipment is no longer manufactured, it is still part of history. It was featured in a 2018 book written by Frank Lessiter “From Maverick to Mainstream — A History of No-Till Farming.”

Follmer came up with a new way to tackle the problems of cold soils with strips that provide a warm area for the seeds with drainage, Lessiter said.

Editor’s note: This is part of a series on the history of different tillage techniques in the Midwest. 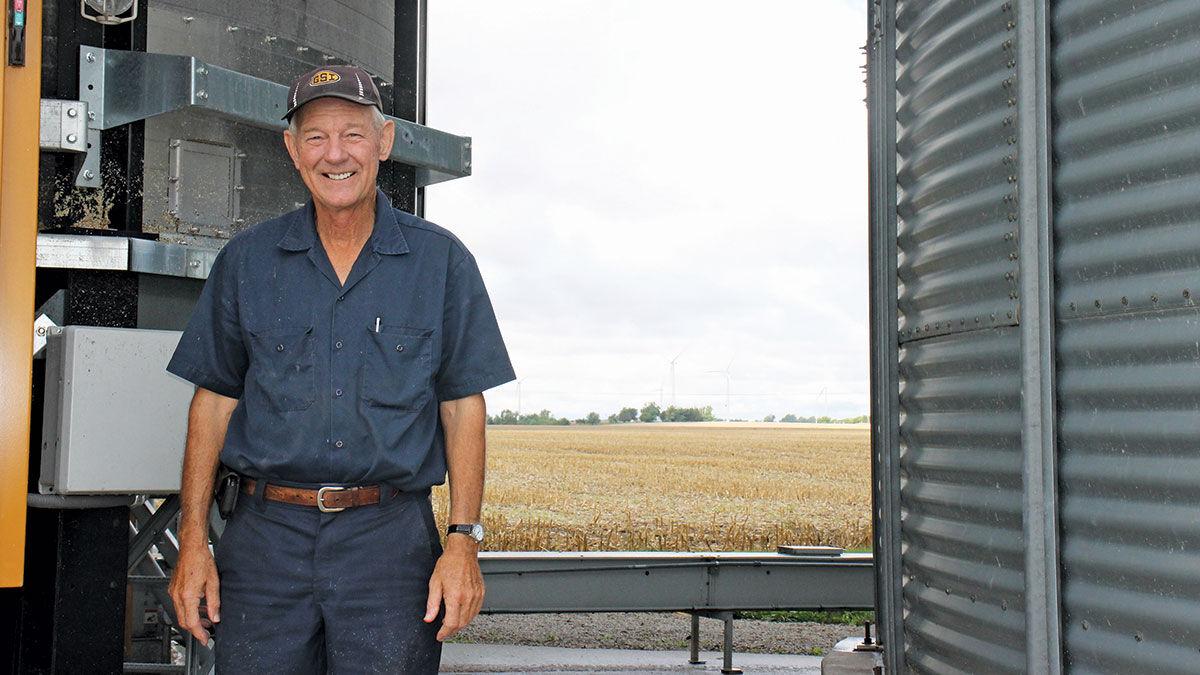 Rich Follmer, a farmer, inventor and entrepreneur, is affectionately known as the grandfather of strip-tillage for the equipment he first experimented with in 1988. He started manufacturing it in 1992. 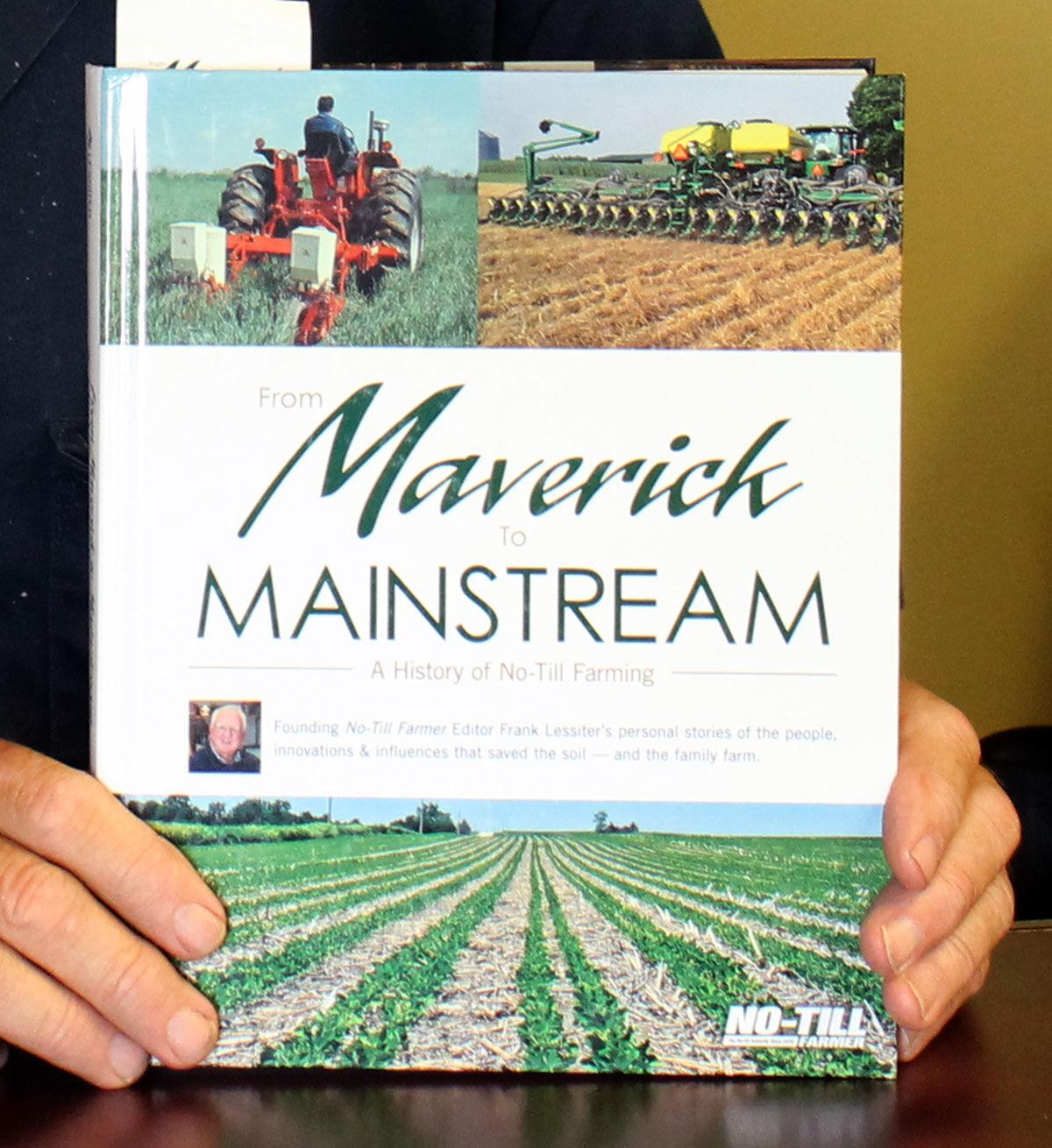 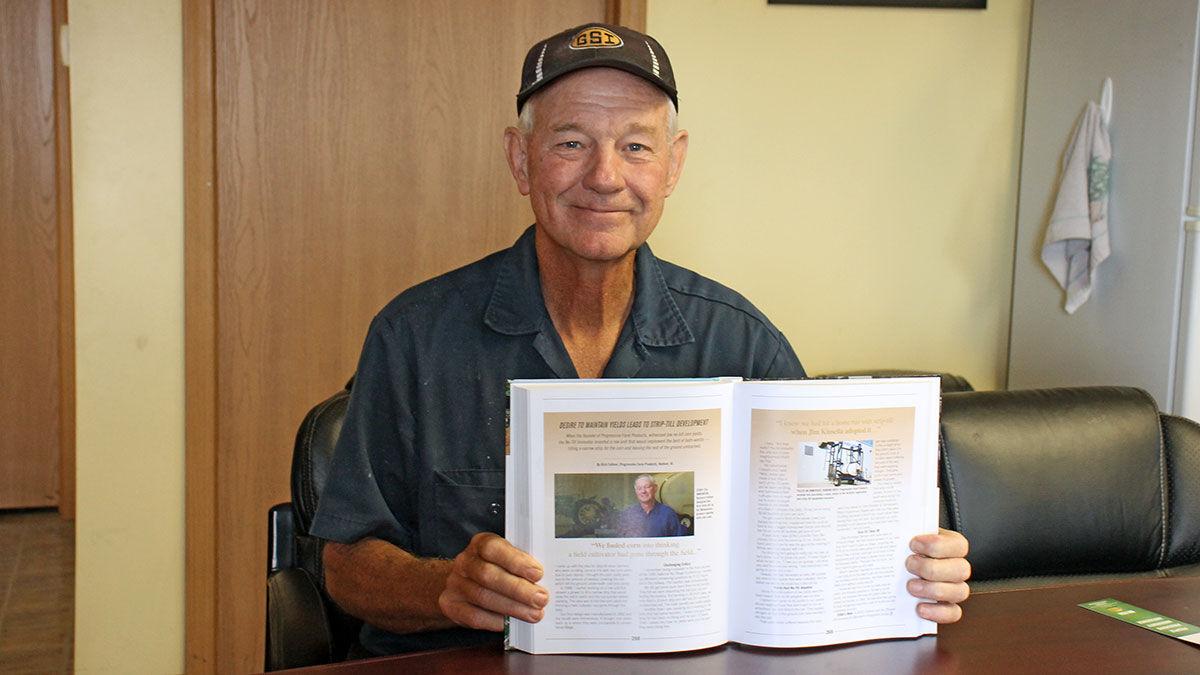