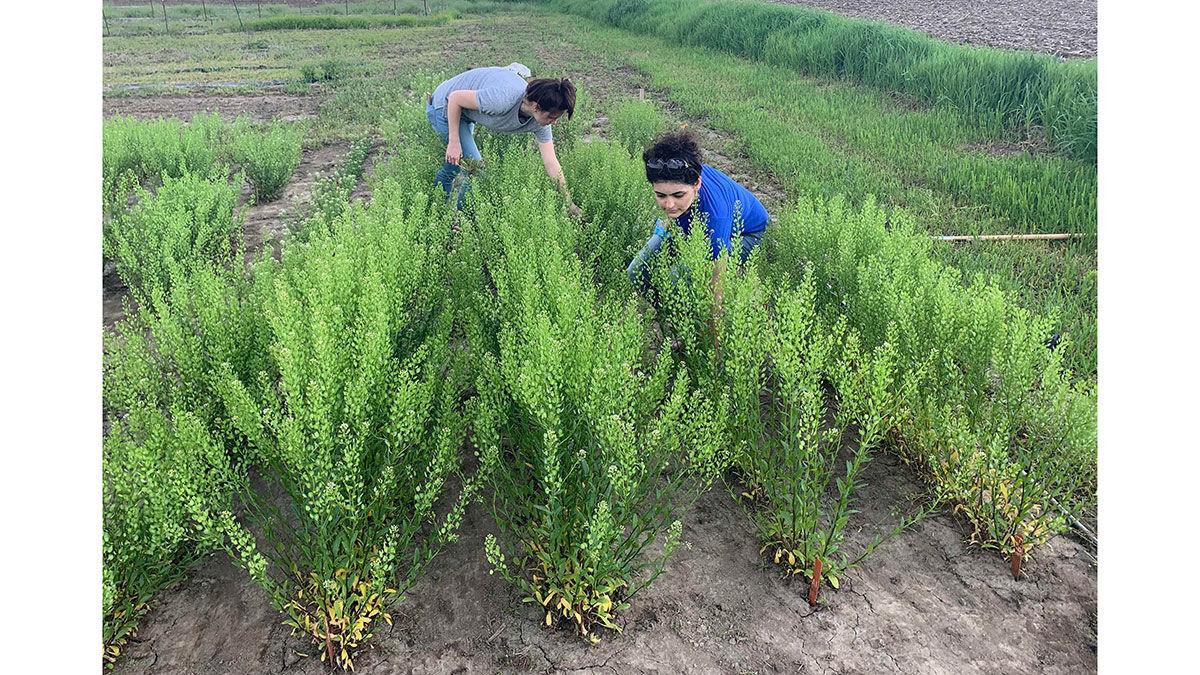 Illinois State University graduate students Maliheh Esfahanian and Hannah Potter work in the university’s CoverCress plots near Normal April 2. The new crop in the Midwest could be planted after corn and harvested before soybeans, bringing in an extra $50 to $70 per acre. 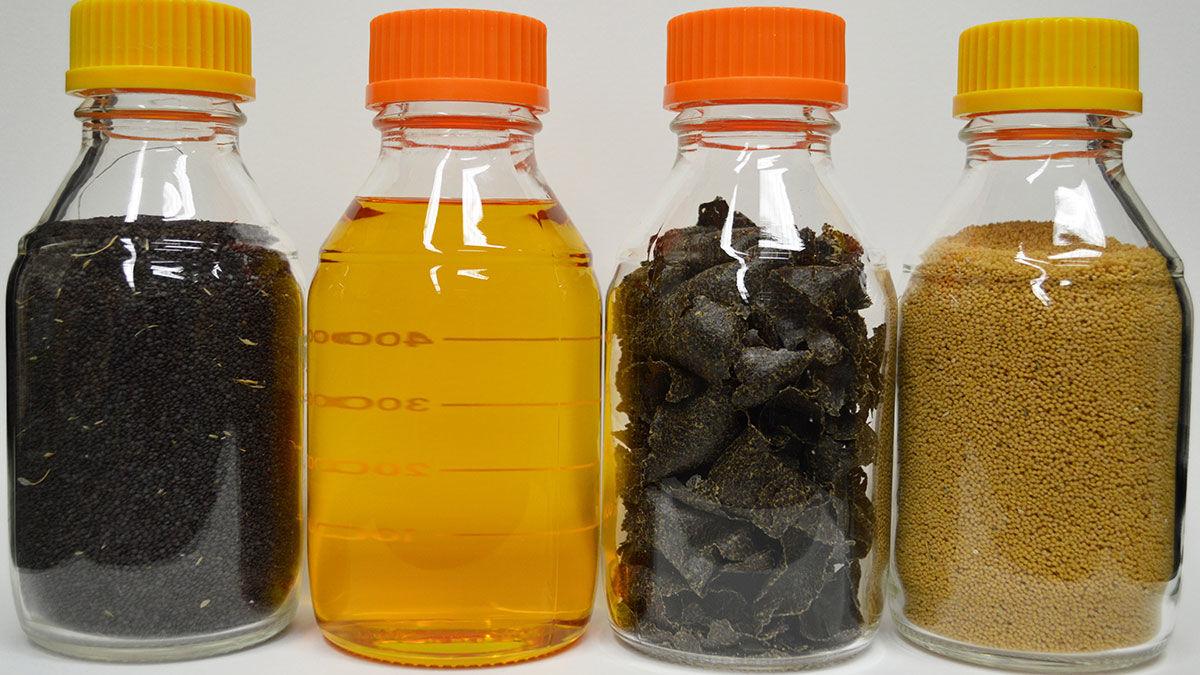 At a time when farmers are urgently seeking ways to maximize profit in their corn-soybean rotations, university researchers in Illinois, Ohio, Minnesota and Wisconsin, along with a startup company in Missouri, are working to develop pennycress into a crop that could give farmers more dollars.

The effort involves enhancing pennycress’ characteristics to make it a better oilseed for fuel, a more palatable feed for livestock and a viable cover crop that Midwest farmers can sandwich between corn harvest and soybean planting.

CoverCress Inc., a St. Louis-based company founded by former Monsanto employees in 2013, is using a version of pennycress in the search for processing and market options.

The company already has a buyer for the 2022 crop, said Cris Handel, vice president of strategy and operations.

Accelerating progress is $10 million in funding from the USDA’s National Institute of Food and Agriculture. The funding for the Integrated Pennycress Research Enabling Farm and Energy Resilience (IPREFER) project is to improve genetics and agronomic management and establish a supply chain, education and Extension networks to enhance pennycress adoption as a cash cover crop.

The researchers and developers want to have two or three years’ experience before the seed is available for large-scale commercialization.

Even so, things are moving quickly.

Illinois State University plant biology and bioenergy professor John Sedbrook compares the development of pennycress to that of a crop in the same family — canola. Canola was developed by improving the desirable traits and reducing undesirable traits of traditional rapeseed.

The cover crop could eventually cover as many as 80 million cash crop acres in the central Corn Belt, he said. By 2030, the goal is a few million acres.

One trial is underway in Ohio, two in Wisconsin, two in Minnesota and one or two in Illinois, depending on winterkill, said Phippen, who has research data for pennycress grown at the Western Illinois University in Macomb going back to 2013. The best lines of each trial this year will be pursued.

Phippen has been developing shorter-season varieties that will fit between corn and soybean production, he said.

In Illinois and Missouri, the crop would be planted after corn, but further north in Minnesota and Wisconsin where corn harvest is later, sequential planting may be the best option, with pennycress seeded aerially into a corn crop and soybeans planted into the cover crop before it is harvested.

Sedbrook is gene editing to take away some traits that give pennycress too much fiber in order to increase the protein content and include better nutrition, Phippen said. Researchers are also working on reducing the pungent sulphur taste characteristic of the glucosinolate to make it more palatable for feed.

Fuel markets are being developed, including aviation fuel, Phippen said. Research into the supply chain will examine whether grain bins would have to be modified to store the smaller seed. It might be as simple as adding screening, he said.

As for processing, crushers could work in CoverCress in between soybean crushing. The idea is to “see if they could squeeze it in without major modifications,” he said.

For harvest, there has been success with commercial combines, perhaps just running a little slower. Planting may be done at the same time as corn harvest and incorporated with vertical tillage. These techniques work better than drilling the small seeds and can be done with existing field trips.

Initially, CoverCress will be targeted towards energy markets. CoverCress could generate up to 3 billion gallons of oil annually, Sedbrook said.

But research continues on making it a livestock feed source and a food-grade option.

Graduate students are working in the pennycress fields at Illinois State University, documenting its growth. It’s expected to be harvested by May 15. Field days planned for April and May were cancelled because of COVID-19 pandemic rules — a disappointment to the team hoping to drum up interest in the crop.

“The fields are most beautiful to see in April to mid-May,” Cover-Cress’ Handel said.

The company is recruiting farmers to join the “100 Founding Farmers Club” to plant the first crop in 2021 with a harvest the next spring. Five hundred farmers will be needed to grow the new crop in 2022, Handel said.

Farmers can expect to earn about $50 per acre now and up to $70 as the crop is developed, Handel said. In contrast, most farmers growing cover crops spend $30 per acre.

The new crop can be grown with minimal input cost and with the same number of passes across the field as farmers use now, plus an extra pass for spring fertilizer, Handel said.