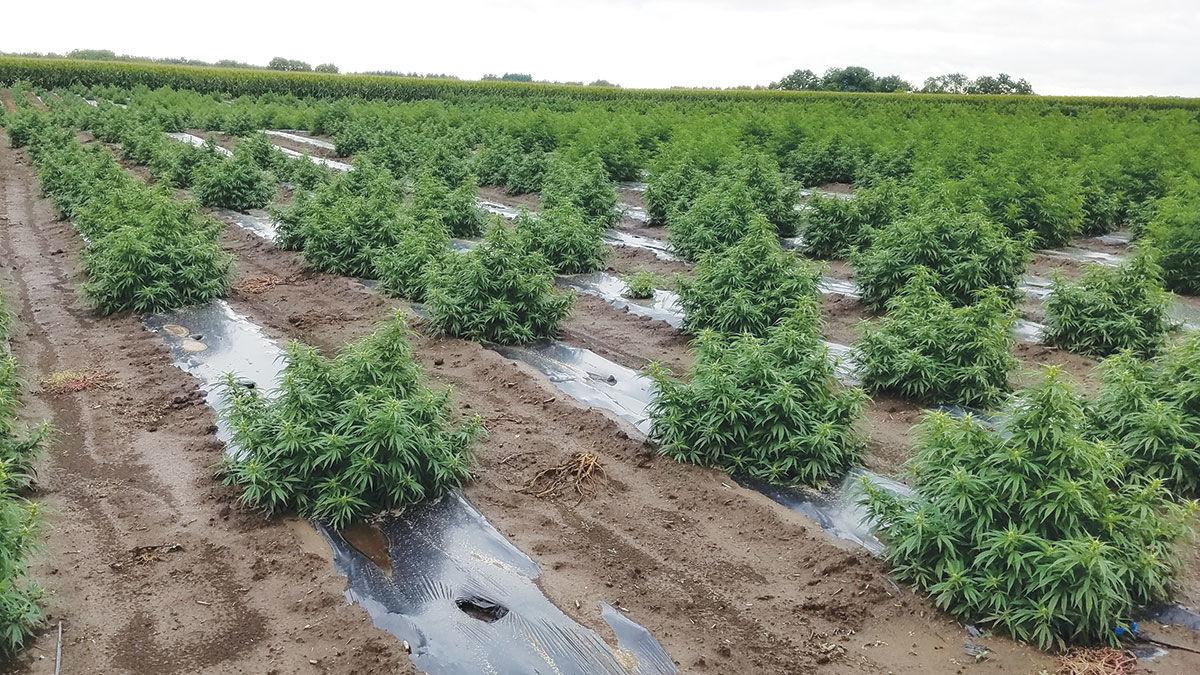 Hemp plants grow in a field on the Warren County, Ill., farm of Andrew Smith. 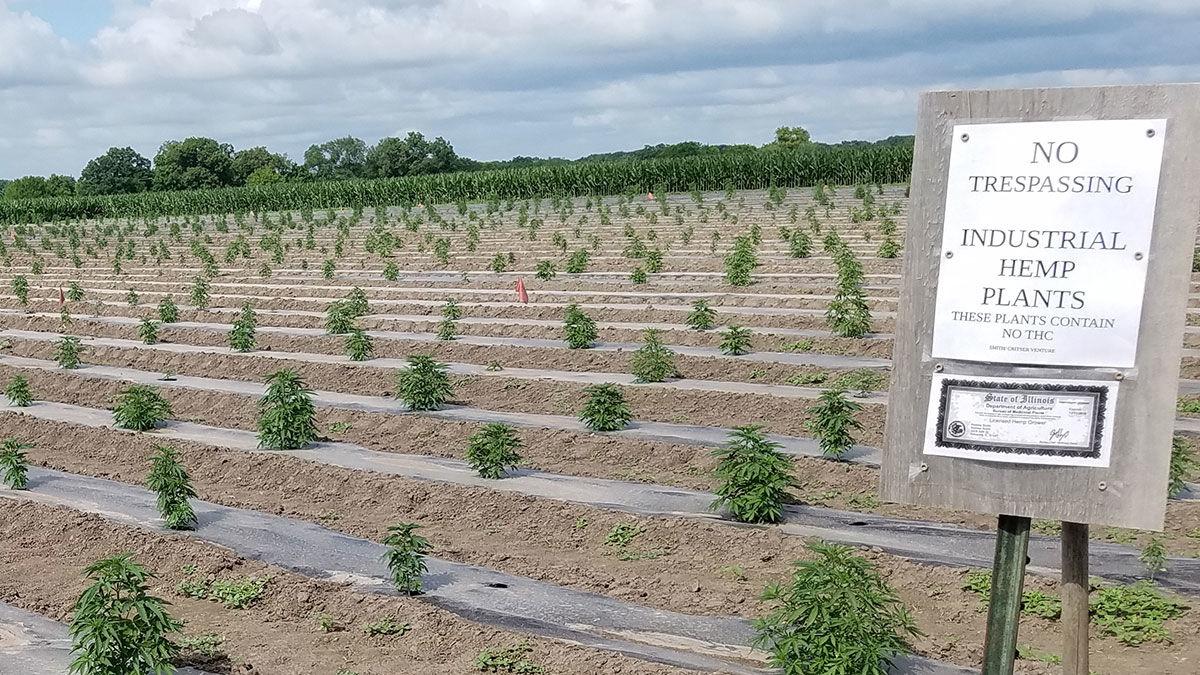 Many hemp farmers are experiencing growing pains with the new crop. Some are finding it a bit more painful than others.

Andrew Smith, who farms near Kirkwood, Illinois, in Warren County, had a frustrating first year, although he is not giving up on the crop. He grew a couple of acres of hemp plants on his corn and soybean farm last year, and though he struggled with germination and poor growing conditions, he harvested what he considers excellent quality plants.

But 5,000 pounds of biomass is still sitting in his storage shed awaiting a buyer.

“I got the run-around from all these extractors,” Smith said. “Infrastructure in Illinois is not up yet. We’re not able to get it processed.”

Andy Houston, who grows hemp with his brother, Frank, on their Roseville, Illinois, farm, pointed to a number of factors negatively affecting the emerging market.

“A lot of growers who tried to grow a lot last year are probably going to cut down on acreage this year,” he said. “We’re still waiting on the FDA to come out with guidelines on CBD. That has created an overstock of CBD at the moment.”

Cannabidiol oil, extracted from buds of hemp plants, has medical applications as an over-the-counter pain-relief option. The hemp varieties for the oil are planted in sets, and the grown plants branch out like Christmas trees. Other varieties bred for fiber are planted much like corn and soybeans, in rows using planters.

Smith and Houston, like most growers in the Midwest, are focusing on CBD. But processing has been hit and miss in the fledgling industry.

“The production of biomass was more than there were processors, basically,” Houston said. “They produced more hemp than they could process.”

Ben Moest of Winslow learned a few things about the agronomic nature of the plant. He and his brother, Grant, planted 60 acres last year on their northern Illinois farm.

“We put it in a very flat, very black, deep topsoil field. In hindsight, that does not bode well for hemp if you run into what we had last year, which was a very wet year,” Moest said. “Hemp does not like wet feet. It’s critical that you get the water off the soil if you run into a lot of rain quickly, to prevent disease setting in on the plants.”

Because it must be grown in an organic manner, weed and disease control pose problems.

“You can’t be spraying pesticides, herbicides or anything else in season,” Grant Moest said. “You really limit yourself to options for pest and disease management. The biggest is weed management.”

Moest believes a cover crop of oats planted in early April and terminated later helped with weed control. The brothers didn’t plant the hemp until June.

“That saved us last year,” he said. “People said not to plant early. Your plants will get very, very tall, and that makes them prone to wind, rain and breakage, which a lot of us did experience. You need land that slopes and drains well. You can always irrigate after the fact. Be cognizant whether the field is going to be the best fit for hemp.”

The Illinois Department of Agriculture issued 651 licenses for hemp production in 2019, with a yield of nearly 2.3 million pounds, and with 73% of acres harvested.

“We are encouraged by these yield numbers and optimistic for the 2020 growing season,” acting director Jerry Costello said in a press release.

Smith hasn’t ruled out growing hemp again this year, despite the problems he experienced with marketing the crop in 2019.

“This point last year, I hadn’t even thought about planting hemp,” he said. “Testing is one thing that really got me. You send it to a lab in Colorado and it’s 12%, then one in Illinois may show 6%, for the same sample.”

Houston is among growers who tried the crop last year and is taking a more cautious approach in 2020. He grew hemp on 17 acres in 2019, but will likely reduce to 7 acres this season.

He will be planting an auto- flowering cannabis strain this year, which produces buds in 75 days, regardless of sunlight. His commitment is evidenced partly by the fact that he purchased a small, four-row planter specifically for hemp.

“That will allow us to plant these in May and then harvest in August, which will have our hemp all wrapped up before we have to get with corn and soybean harvest,” Houston said.

Farmers interested in growing hemp in Iowa in 2020 can apply for licenses now. On March 20, …

JEFFERSON CITY, Mo. — As farmers head back to the field for another year of spring planting,…