WILLIAMSFIELD, Ill. — Grant Strom thought it was going to be too wet to harvest corn Oct. 12, so he gave his three employees the day off. They had been combining corn for six days straight, and he thought it was a good time for a break.

He may have regretted that decision for a minute when the sun came out along with a drying wind.

Usually the Strom family runs with two combines, two grain carts and two semis during the heart of harvest in Knox County. When the weather suddenly become corn harvest weather, they continued without the employees.

Grant’s father, Doug, drove the combine. His sister, Joanie Stiers, drove the tractor and grain carts with her son Trent. Grant drove the semi-truck and operated the elevator, and his mom, Marsha, was the support person to help where needed.

They worked quickly as rain and thunderstorms were forecast the next day.

“We are about 70% done corn and about 20% done soybeans,” he said of the approximately 5,800 acres the family farms in Western Illinois.

They started harvest this season on Sept. 9, which is about a week earlier than usual. Harvest usually takes them about 45 full days, so they are rarely finished by Halloween. But, if things keep going as well as they are, the family might be done before the first trick or treater knocks on their door.

Soybean harvest is going slower because there have been so many wet days during harvest.

“We are anxious to get going on the beans. We have a lot of them to cut,” Strom said.

Still, the soybeans they have cut so far have yielded well, he said.

Corn yields for the season look to be about fifth best in the last 15 years. They were better than the last two years, but could have been even better without wind and tar spot damage.

He trucks the grain over to the family elevator near Williamsfield where he unloads it and records the moisture and other data. Their bins are well known in the area for the giant corn stalks painted on one.

While racing the rain, Strom still made time to provide ride-along opportunities for non-farmers as part of an educational program offered by the Illinois Soybean Association and talk to schoolchildren. 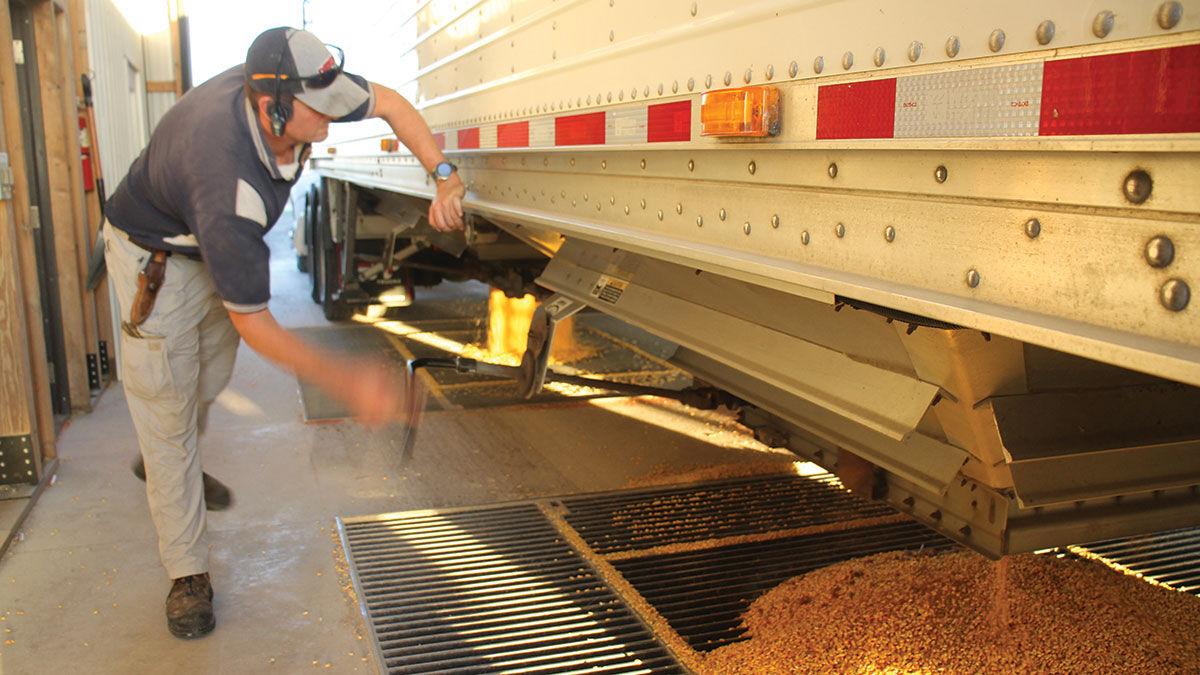 Grant Strom unloads a semi-truck at the family elevator in Williamsfield in Western Illinois on Oct. 13. 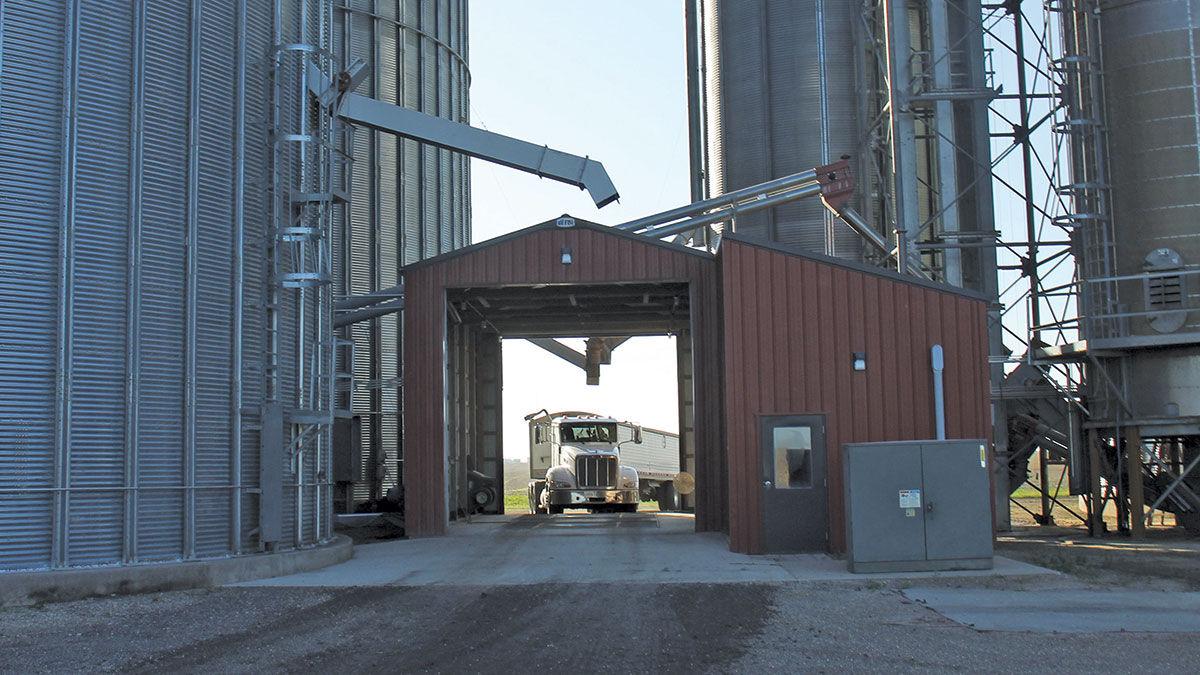 Grant Strom trucks the grain over to the family elevator near Williamsfield where he unloads it and records the moisture and other data.