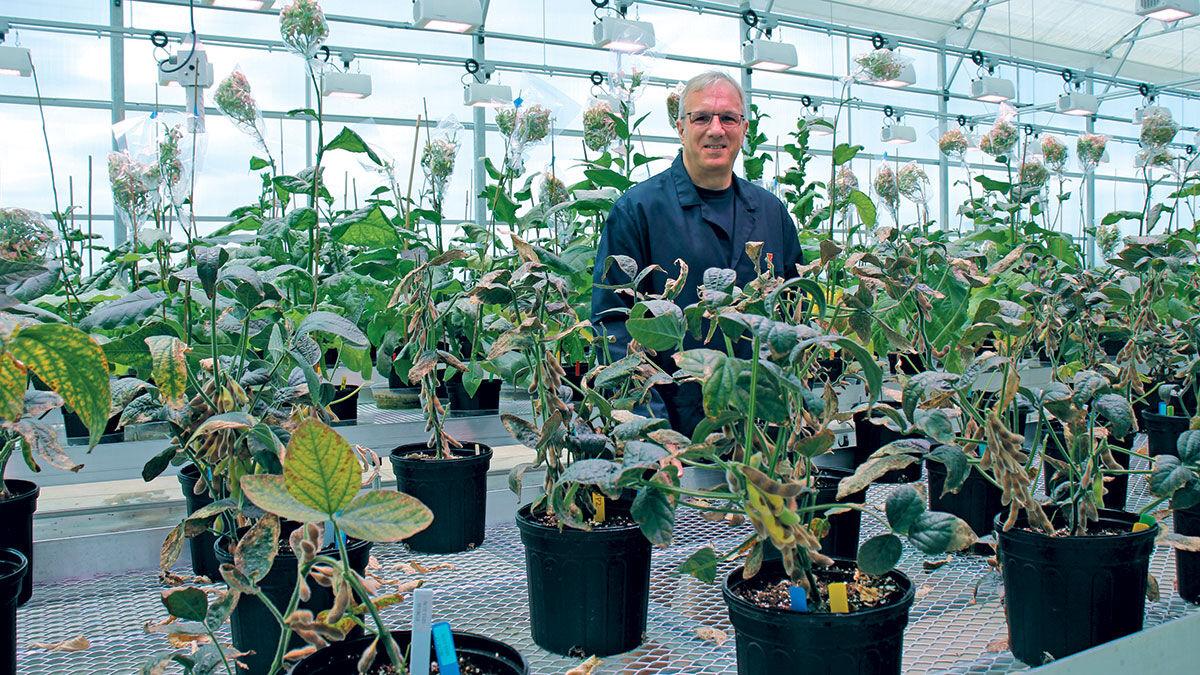 Brett Feddersen, senior research programmer with the Realizing Increased Photosynthetic Efﬁciency project at University of Illinois, boosts yields for soybeans and tobacco by 20% by enhancing the effectiveness of photosynthesis. 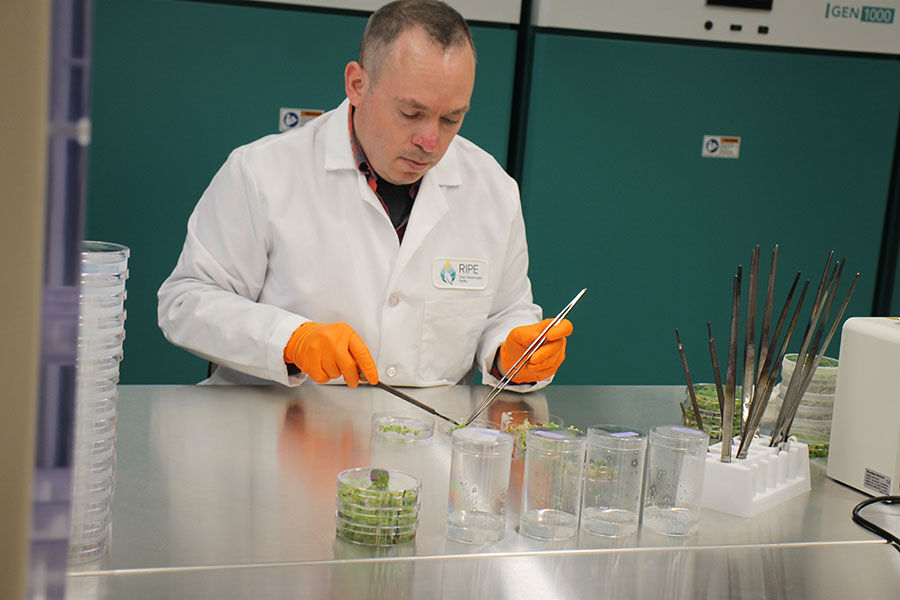 Mike Root works with tobacco plants in the lab for the University of Illinois RIPE project. 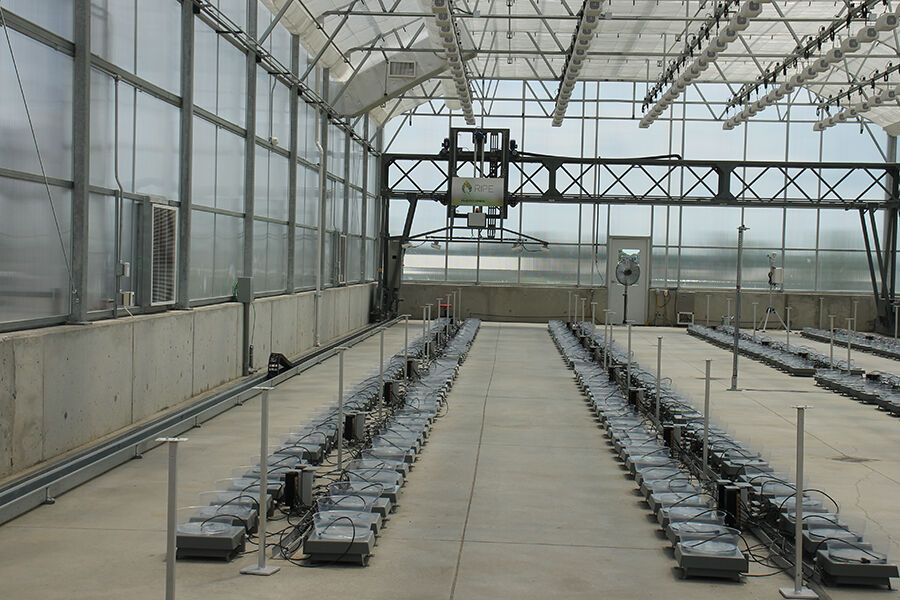 The 3D scanning system at the new facilities supporting the University of Illinois RIPE project.

Both were funded by the Bill & Melinda Gates Foundation, the Foundation for Food and Agriculture Research, and the U.K. Foreign, Commonwealth & Development Office. They were built through partnerships with University of Illinois Urbana- Champaign Research Park and the Carl R. Woese Institute for Genomic Biology, Long said.

Brett Feddersen, senior research programmer with RIPE, said more than 100 people are involved. In Illinois, they work with partners at Louisiana State, the University of California-Berkley, and Australia and the United Kingdom.

The goal is to engineer crops to be more productive by improving photosynthesis, the natural process all plants use to convert sunlight to energy and yields.

In the greenhouse, Feddersen is among those working on the genetic transformation of plants. They grow seed developed in the lab, measure it and see how it performs. The best plants will go out to the fields, where they are tweaked and the cycle continues, he said.

Among the tools in the new greenhouse is a Phenospex 3D reader than can scan the attributes of up to 308 tobacco plants in 50 minutes, providing information including plant height, leaf area and digital biomass to compare varieties for future research.

Tobacco plants share space in the 6-month-old greenhouse with soybeans. Potatoes were also being moved into the greenhouse in June as part of the project. The work also includes cassava and cowpeas, or black-eyed peas, because it is a staple food crop of farmers in sub-Saharan African where the fruits of this research will be used by farmers as well.

The work is being done as part of the effort to increase world food production by 60% globally to meet the projected needs of a growing population in 2050, said Stephen Long, RIPE director.

Those living in sub-Saharan Africa are calorie insufficient, surviving on food that small-holder farmers grow to feed their families, usually on half an acre to one acre of land. Increased productivity of crops such as cowpeas will make a huge difference, he said.

The increased yields are created by modifying photosynthesis.

“There are more than 100 steps in photosynthesis. We look at the whole process, simulate it on computers, and find the bottlenecks,” said Long, chair of crop sciences at Illinois.

From there, researches concentrate efforts on what is most feasible to improve.

Benjamin Haas, a visiting scholar who studied in Vienna before coming here, builds the DNA constructs. He works with a team in a state-of-the-art lab across the street from the greenhouse.

Tobacco plants can produce 200 to 300 seeds per plant while soybeans produce about 30, so they are key in the research because they are easier to work with. When transformed tobacco varieties are effective, the lessons are transferred to soybeans, Long said.

Soybeans and tobacco plants are already growing in the research fields this year, under close scrutiny to see if they can duplicate the 20% increase in yields they achieved last year.

The genetic work will take 8 to 10 years to go through research and the deregulation process before the crops will be able to be grown by sub-Saharan farmers. It will take about the same length of time before the modified soybean varieties can be developed and deregulated here. Once they are deregulated, the engineered varieties can be crossed with the best cultivars of the day to grow to the Midwest, Long said.

The yield increases have potential to be as much as 40% more than current varieties, which could also give farmers in the Midwest a chance to take some marginal acres out of row crop production and preserve more erodible land, Long said.

Brett Feddersen, senior research programmer with the Realizing Increased Photosynthetic Efﬁciency project at University of Illinois, boosts yields for soybeans and tobacco by 20% by enhancing the effectiveness of photosynthesis.

Mike Root works with tobacco plants in the lab for the University of Illinois RIPE project.

The 3D scanning system at the new facilities supporting the University of Illinois RIPE project.