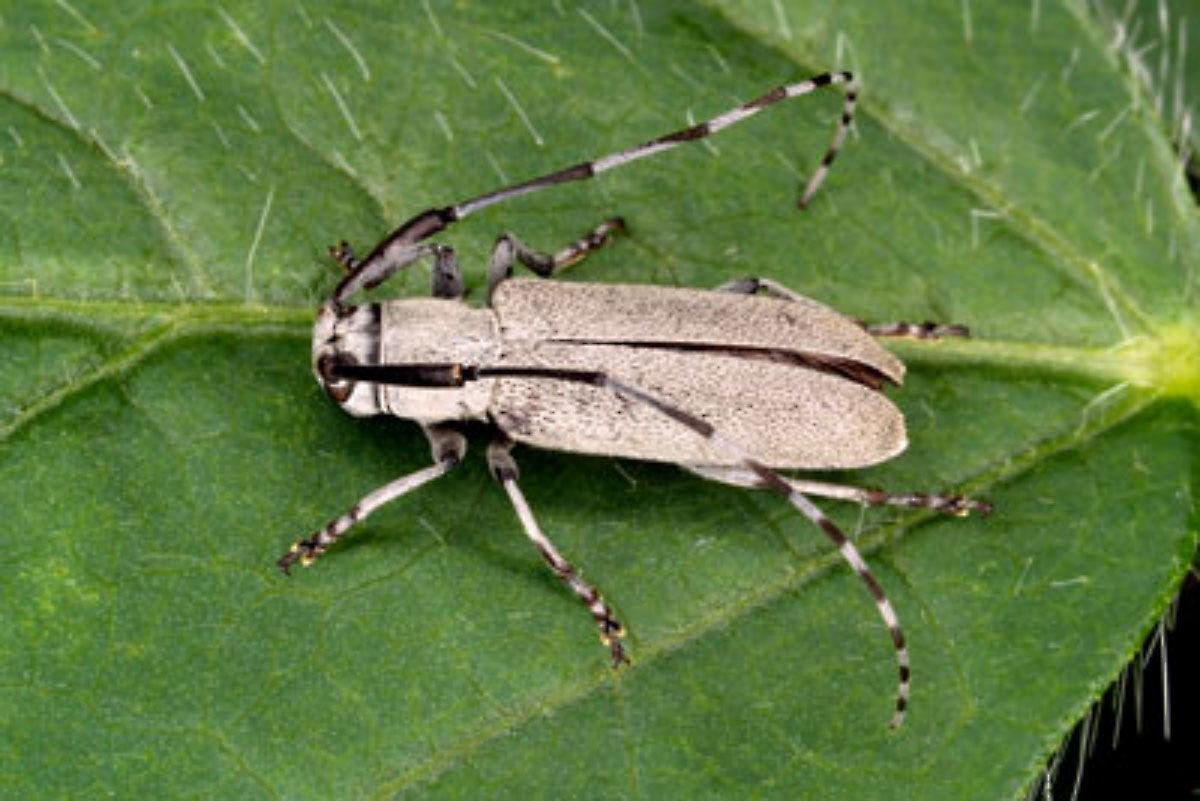 The Dectes stem borer is a small beetle. Adults are present from late June through August, prime growing time for soybeans. 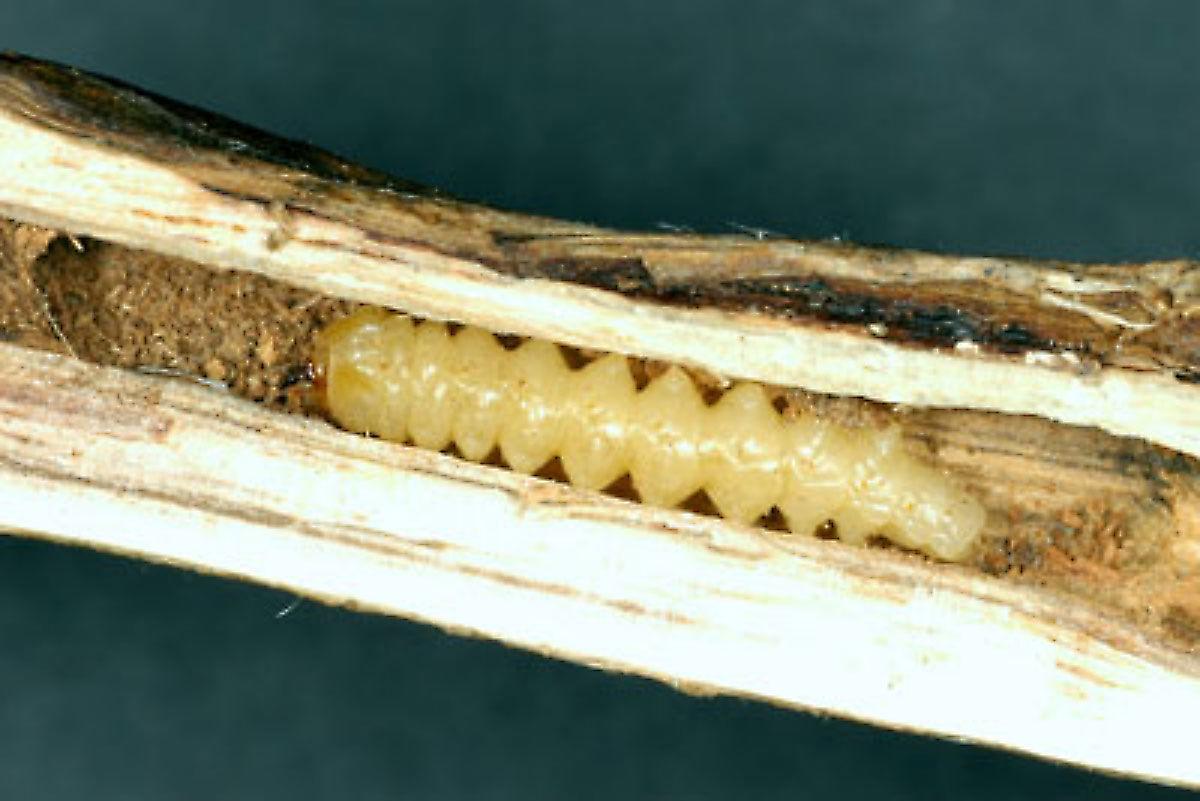 An on-again, off-again bandit is stealing yields from some soybean growers.

The Dectes stem borer hit some fields in southern Illinois in 2018, but didn’t show up in big numbers last season. Agronomists are searching for the reasons.

“It has been in southern Illinois a long time. We don’t know why it showed up in 2018, specifically,” said Pioneer agronomist Sarah Strutner. “A theory is that we have more no-till acres now, which would allow them to over-winter.”

The insect damages soybean plants by feeding on the interior of the stem. That can result in stalk breakage and lodging.

The borer is a small — about a half inch long — long-horned beetle, with antennae as long or longer than the insect’s body. Adults are present from late June through August, prime growing time for soybeans.

The adult females lay eggs in the leaf petioles of soybean plants. Once they hatch, the grubs tunnel the length of the petiole and make their way to the main stem. There, they feed on the pith and settle just below the soil line, where it girdles the stem and over-winters. Larvae complete pupation in the spring.

University of Illinois entomologist Nick Seiter said in a report that the insect has one generation each year in Illinois.

“The first sign of infestation is usually the appearance of yellowed, wilting leaves of defoliation,” he said in the report prepared following a research project by the university. “These dying petioles do not lead to meaningful levels of defoliation, but are a sign that an infestation has begun.”

Unfortunately for growers, there are few effective control measures. Insecticides are ineffective because the larvae are on the inside of the plants.

“There are no treatment options, no chemical control that’s available,” Strutner said. “… We don’t have an insecticide to control them because they’re already in the plant.”

It’s the only crop insect she is aware of that is not vulnerable to application of insecticides. That leaves management practices as the only options.

“There are only cultural controls, like rotation,” Strutner said. “The Dectes stem borer adult isn’t a very strong flyer, so it’s not going to be able to move very far. There can also be some value in tillage, because they’re not able to get into base of those stems.”

In one field in southern Illinois the insect was responsible for an estimated 7-10% yield loss, according to Strutner. She isn’t certain why the pest became a problem in 2018. One theory is lower plant populations.

Researchers are trying to determine why it became such a problem in 2018 but not in 2019.

“They were in soybeans, it just wasn’t noticed,” Strutner said. “I think it was just a larger population of them and we noticed it. Maybe it was because of that year’s weather pattern or farming season.”