BLANDINSVILLE, Ill. — When picturing a modern Illinois cattleman, envision a family farmer, perhaps a dad raising champion show cattle and cheering on his children. Or picture him in the field checking on cattle, or at a board meeting advocating for other beef producers.

Welsh runs Welsh Cattle Company with his brother, Steve, and his son, Carson, in McDonough County in western Illinois. The operation includes corn, soybeans and hay crops as well.

He grew up with a cow-calf herd and farrow-to-finish hog farm close to Blandinsville, where he lives today. His father, Mitchell, got out of livestock. Welsh got back in.

By the time he was in high school, Welsh was raising pigs with an uncle. When he bought his own cattle he was a freshman in college at Western Illinois University in Macomb.

They also have horses and a donkey for working with the calves, he said.

Welsh and his wife Renee, a teacher, share the love of rural life with their three children, who show cattle through 4-H, FFA and other cattle shows. Carson is already farming, Brooklyn is studying ag business and is on the judging team at Lake Land College in Mattoon, and Gracyn is a high school student.

Their cow-calf operation is mostly Simmental with some registered Angus and Red Angus. They specialize in bred heifers and show calves.

During the pandemic, some new cattle shows were introduced to make up for some traditional shows being canceled. Several new shows stayed.

Interest in local beef grew during the pandemic, and Welsh Cattle Company continues to sell some butcher beef delivered to the locker.

When not on the farm or attending family activities, Welsh may be found at meetings supporting the Simmental breed or with the Illinois Beef Association.

While an IBA board member, one of the victories he has seen is winning funding from the state to spend $750,000 on hiring more state veterinarians. This was achieved in collaboration with other farm groups wanting to be prepared for potential livestock health issues as well for the general well-being of livestock and producers.

Freedom to operate remains a key issue for IBA, he said. Price discovery is a top issue at the national level with various proposals being examined, he said.

As a member of the IBA policy committee, he is busy with elections coming up. The committee interviews gubernatorial and state candidates and looks at their policy statements. The policy committee members will make recommendations for producers.

He makes an effort to stay current with both policy and practices, he said.

As his son Carson moves into farming, adding cattle and buying his own land, Welsh is interested in using what he learns. For example, Carson is learning more about high-intensity grazing from Trevor Toland, a beef producer and grazing expert in rural Macomb. The Welsh family already does some rotational grazing, but he said he is always interesting in improving their system.

As for cropping practices, Welsh has been strip tilling for at least 30 years and has been cover cropping for many years because the practice meshes well with raising cattle and is good for soil health, he said.

Standing on a hill on one of the pastures in April, Welsh calls the cattle. None are in sight, but soon a reply call is heard. A lead cow appears with others jogging along behind to see what he wants. Welsh stands on the hill watching them approach, with a smile on his face.

He is the picture of a modern cattleman. 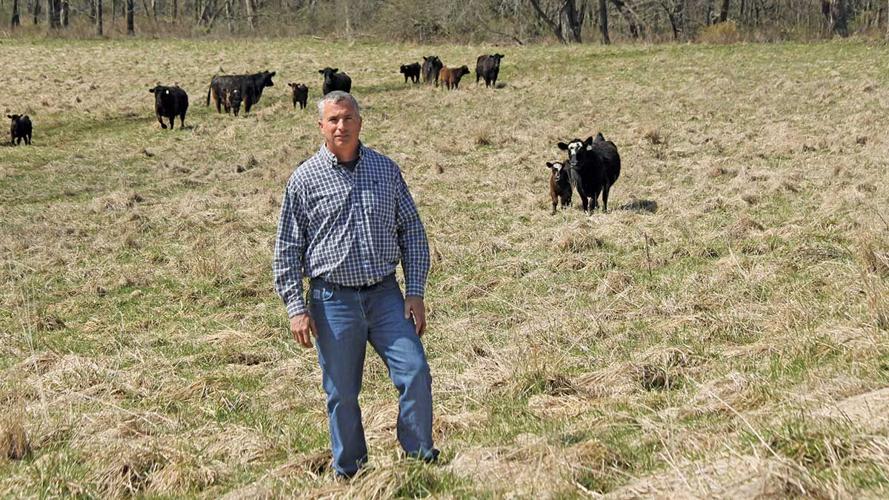 Shannon Welsh farms near Blandinsville in McDonough County in western Illinois and is active with the Illinois Beef Association. 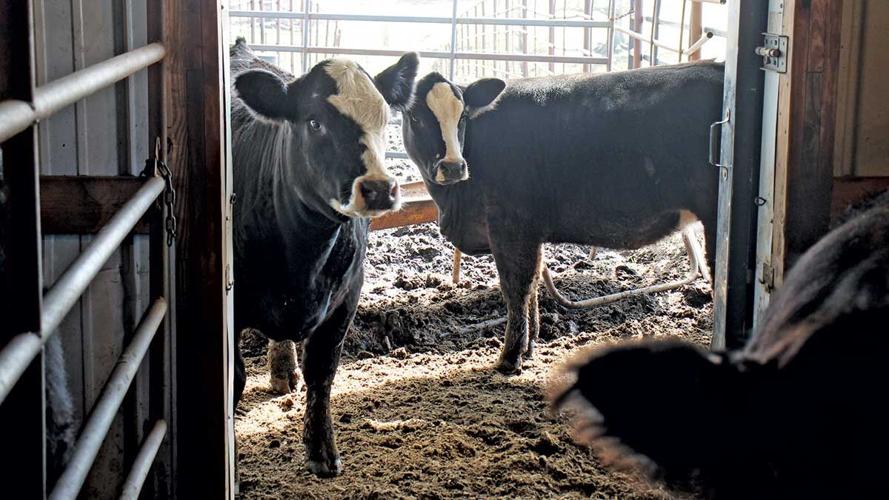 The Welsh cow-calf operation is mostly Simmental with some registered Angus and Red Angus. They specialize in bred heifers and show calves. 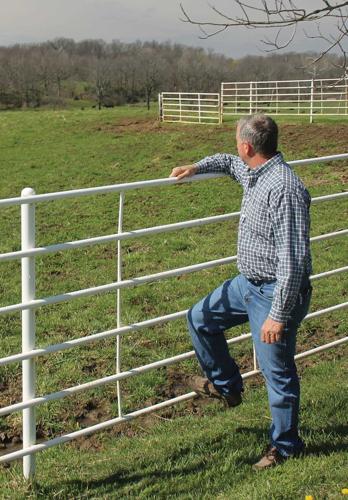