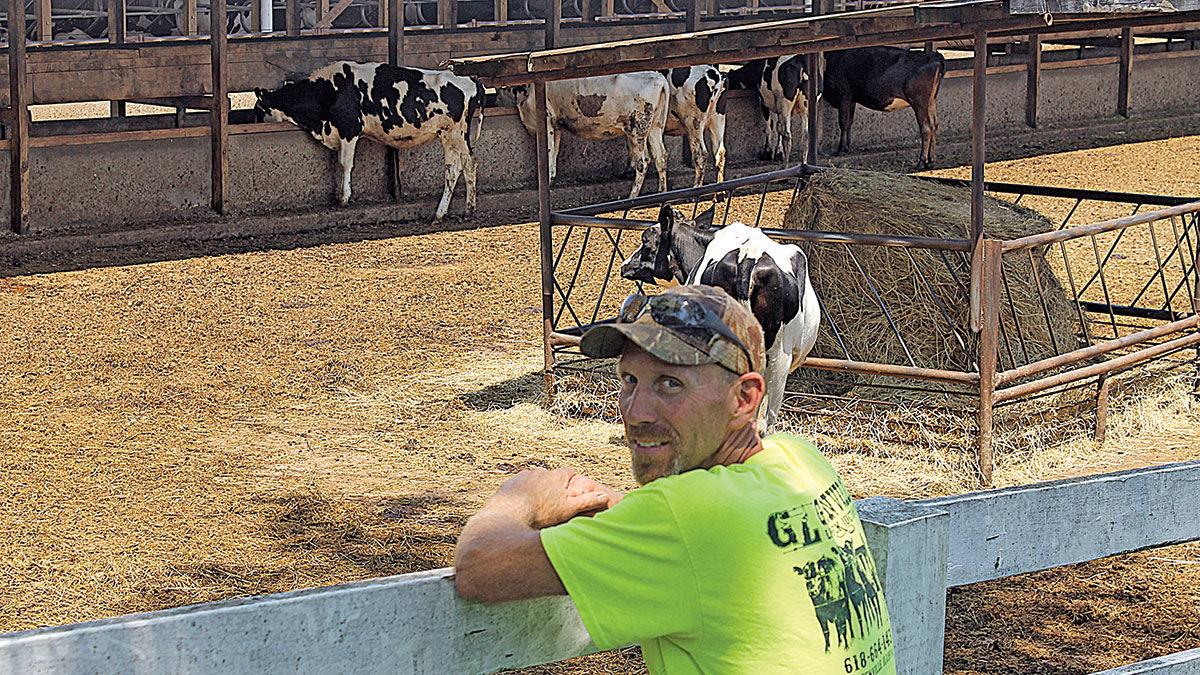 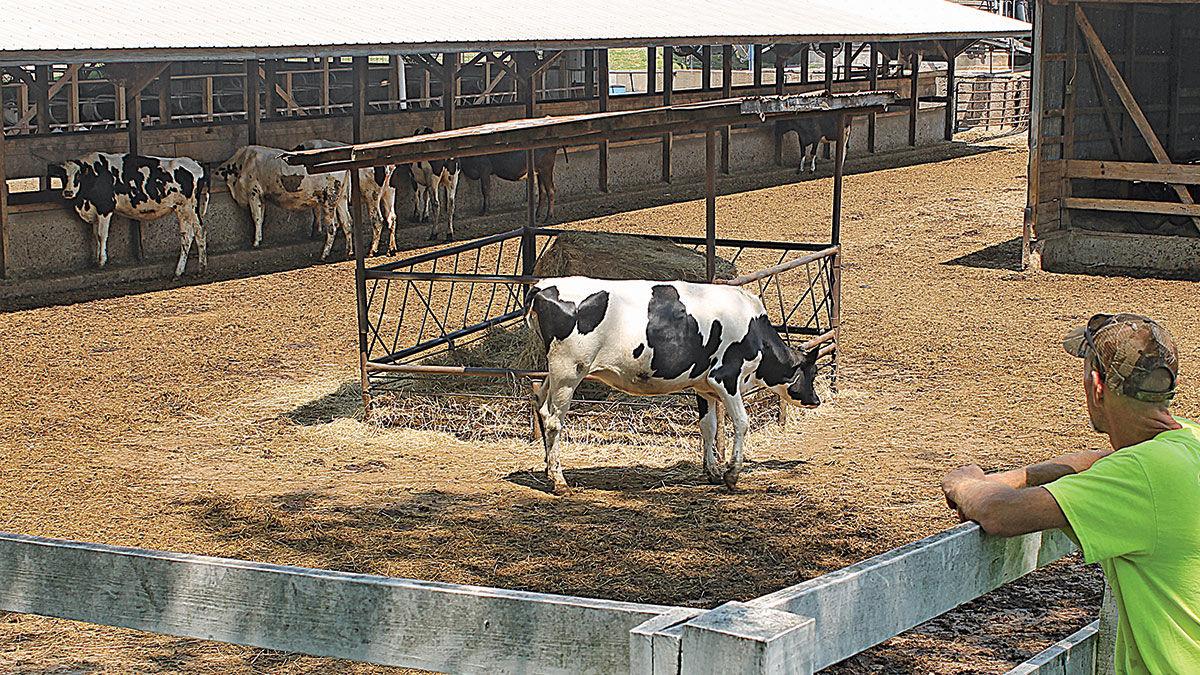 Jason Diekemper checks out part of his dairy herd. He recently expanded his operation, not with more cows, but with pigs because the family is long on succession but limited in expansion.

Jason Diekemper checks out part of his dairy herd. He recently expanded his operation, not with more cows, but with pigs because the family is long on succession but limited in expansion.

CARLYLE, Ill. — Jason Diekemper has been around dairy all his life, and plans to remain a dairy producer. But he recently expanded his operation, not with more cows, but with pigs.

The family recently built a 2,480-head wean-to-finish pig barn on their Clinton County farm. But the dairy isn’t going anywhere.

He acknowledges that the addition requires a big learning curve.

“Oh yeah,” he said. “But everyone has his own spot, so it works out pretty well.”

Diekemper decided to add the pork operation not because he suddenly lost interest in dairy, but because the family is long on succession but limited in expansion. They are members of the dairy cooperative Prairie Farms, which purchases all of the milk produced at the farm.

But the co-op limits its milk purchases to 5,000 gallons a day, which is right around what the 520-cow dairy produces.

“They give us a pretty good price, but they have a quota on how much milk we can ship, so we can’t really expand the dairy farm much,” Diekemper said.

“There’s a dock on it if you ship more than that. My younger cousins are coming on and want to get into agriculture. It’s just a way to expand it and get some more revenue for everybody.”

The dairy was built in the 1960s by Diekemper’s grandfather. Now Jason works alongside his father, Jerry, and uncles Tony and Steve. His cousins — Josh, Cody and Chad — represent the third generation, and the future of the farm.

“We have quite a bit of help,” Jason said, adding family members have specific responsibilities, such as working with calves, heifers or pigs.

The dairy began with a single, eight-sided milking parlor. There is now a double-15 parallel barn. Diekemper milks twice a day.

He has considered high-tech, robotic equipment like some of his neighbors have utilized, but is in no hurry to pull the trigger on innovations like robotic milkers or automated feeding systems. The extent of high-tech at the dairy is the use of automatic takeoffs.

Many dairy producers are in the midst of a tough stretch, exacerbated by a pandemic that forced closure of restaurants, schools and other large consumers of milk. But Diekemper has been spared much of the downturn. He credits the relationship with Prairie Farms and also his location.

“(The industry) was supposed to come around this year, but then the coronavirus hit,” he said. “Guys up north where all the cheese plants have shut down are having a rough time. Any place where their milk was going straight to cheese plants is hurting.”

The Diekempers grow most of the feed for the dairy. They generally have 100 to 200 acres of alfalfa.

“We just got done tearing up an alfalfa field because we got so much rain last summer,” he said. “We’re putting manure on it and will probably put corn on it.”

The family partners with The Maschhoffs to produce pork. The headquarters of the company — one of the largest pork businesses in North America — is just down the road a few miles. That is an advantage.

“They give us a lot of help,” Diekemper said.

The manure will be stored in an 8-foot-deep concrete pit, which can hold up to 1 million gallons. It will be used to fertilizer corn and soybean fields.

The dairy herd is comprised of Holsteins.

“We do some Jersey cross and a little Red Swiss,” Diekemper said. “It makes them a little tougher.”

They market out males.

“We hardly keep any of our bull calves,” he said. “We just don’t have room for them.”