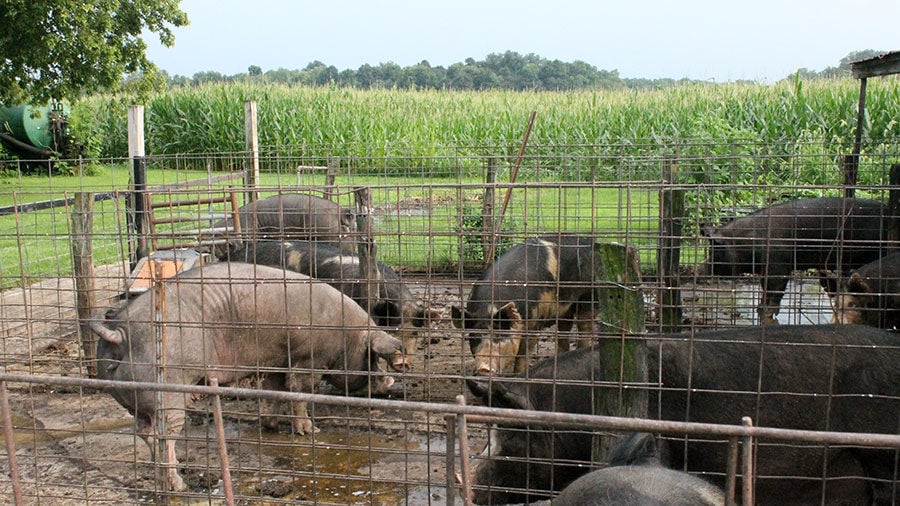 Editor’s note: The following was written by Chris Hurt, Purdue University Department of Agricultural Economics, for the University of Illinois Farmdoc Daily website.

Diversified grain and livestock farms were once the model of U.S. agriculture. Farms often had crop and animal enterprises to help capture their complementary nature, such as spreading the use of family labor throughout the year and recycling animal waste as nutrients to the crop enterprise.

Today, farms are much more specialized in crops or animals, and fewer are in both. Has this changed the relative economic importance of crop and animal agriculture in the U.S.?

Why specialize in crops or animals?

First, what are some of the drivers of greater enterprise specialization?

Specialization helps gain economies of size that would not be achievable if limited capital and management were being allocated to multiple enterprises. Specialization also tends to give businesses better knowledge in risk management, marketing and financial management.

Over the long run, the movement to industrialization in animal agriculture has also favored specialization.

The grain export boom of the 1970s encouraged many farm families to specialize in crop production and drop animal enterprises.

So, is the crop sector or the animal sector economically bigger today?

Data are drawn from the USDA Farm Income and Wealth Statistics at the Economic Research Service. The value of production for the crop and animal sectors have made roughly the same economic contributions dating back to 1990.

Overall, the value of crop production has been modestly larger than animals and has tended to move upward more quickly when agricultural demand is strong. There were two of these strong demand periods recently: The first was the growth of Asian demand in the mid-1990s; and second, the bio-fuels and Chinese demand surges from 2007 to 2012.

Those events increased the demand for grains and oilseeds, thus increasing grain and oilseed prices and immediately increasing revenues from crops. But there is a lagged impact on the value of animal production.

Rising feed prices cannot be immediately passed to consumers. Instead, there is a multiple year process of adjusting animal production down to a level where the prices in the animal sector increase sufficiently to cover the higher feed costs. This period of adjustment can be seen by the rising value of animal production from 2009 to 2013.

Since 2016, the long-term relationship of the value of crop and animal production being of roughly the same size has returned. The bottom line is that the economic size of the animal sector is about the same size as the crops sector for the county as a whole.

Cattle feeding is highly geographically concentrated in the Great Plains, as an example. In another example, one state may have several large-scale egg production and processing facilities, yet a neighboring state with similar land resources may have none of those egg facilities.

The natural resource base of an individual state will be the primary factor in determining the mix of crops and animals for that state.

Animal production can move to locations that minimizes costs of production and distribution. On the other hand, crop production is tied to the land that is not mobile.

One of the implications is that the importance of crop production compared to animal production could change over time for individual states.

Some of that variation is shown in Table 1 for selected states. Remember that in 2017 the U.S. value of production was 52% crops and 48% animals. Iowa was close to that equal mix with 48% crops and 52% animals. Illinois, in major contrast, was 85% crops and only 15% animals.

Wisconsin is specialized in milk production so animals represented 72% of the value of all farm production. Kansas and Nebraska are major beef producers, especially feedlots, and the value of animal agriculture is about 60% and dominates crops.

North Carolina was a leader in industrialization of poultry and especially pork production, so it is not surprising the animal sector contribution was 68%.