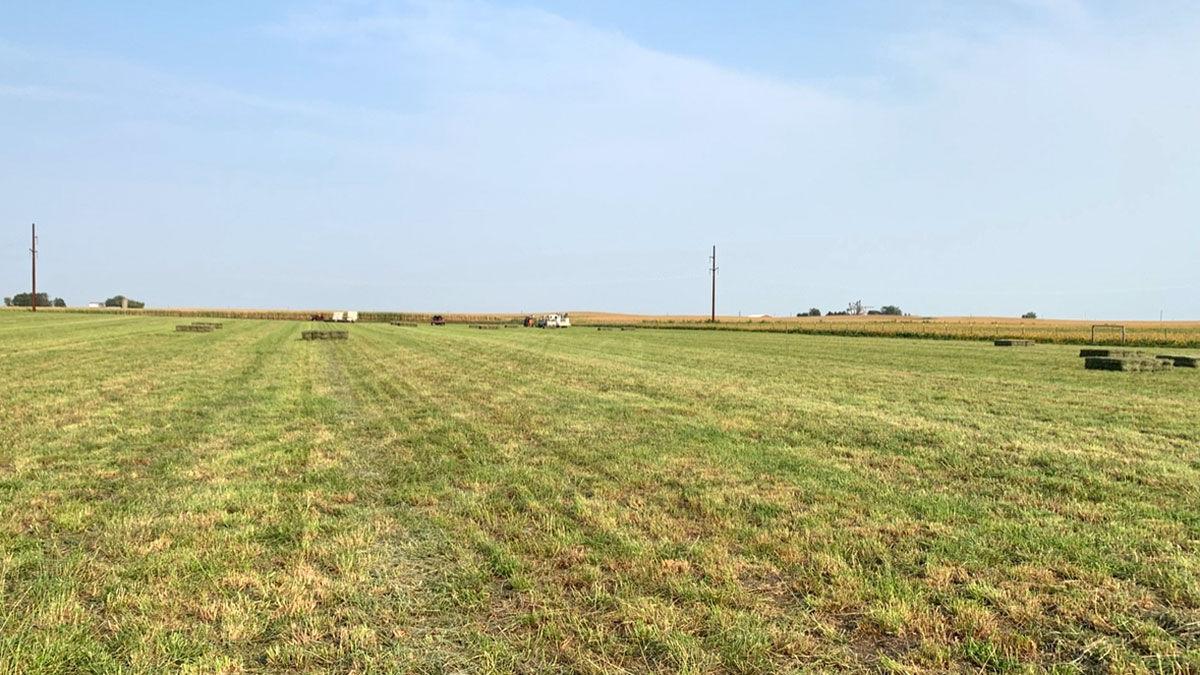 Matt Gehrke, an Illinois producer who launched a grass-fed beef business eight years ago, says he is making more on the cattle per acre than he would have with corn and soybeans. 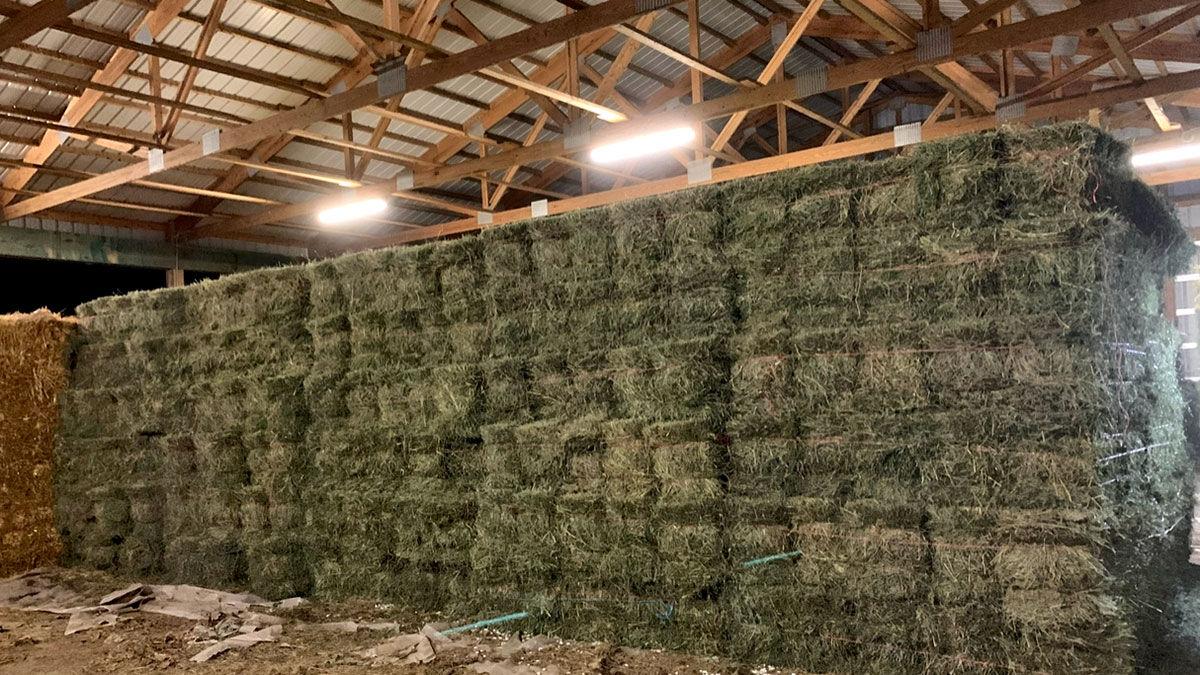 DEKALB, Ill. — Matt Gehrke is sometimes surprised he could have farmed 240 acres of land in northern Illinois for so many years and known so little about soil.

Time wise, it was becoming too difficult to crop his 240 acres and carry on the more than 90-year-old family construction business, so the carpenter by trade stepped back from farming and concentrated on the contracting business.

Then, he learned his wife Christa and three daughters, especially Maggie, wanted to stay involved in agriculture. The family determined that if they did so, they would produce grass-fed beef and do it sustainably.

So eight years ago, they started Gehrke Grass-Fed Beef on 43 acres of land.

Gehrke was one of the speakers at the DeKalb Area Agricultural Heritage Association’s Evening with Innovators on Sept. 16. Known as DAAHA, the organization preserves memorabilia and promotes an understanding and appreciation of innovations in agriculture in northern Illinois.

Since starting their beef business, three years had record-setting wet weather and this year was a record setter for dry weather in DeKalb, but the Gehrkes have seen the health of their soil improve as they grew their herd while carefully managing their soil.

“I didn’t know the power of the soil,” Gehrke said. “We are in a drought and our farm is excelling.”

He won’t be running out of hay. They may also sell extra hay in the future as they grow.

Gehrke has also seen his cattle’s health improve as he learns more about the pastures and the hay they eat. In the early days, the cows were eating minerals “like candy” — not anymore. The about 40 head of cattle use much less minerals and are thriving.

He said he learned a lot by using search engine results from farmers who farm the way he intends to. Some older crop farmers couldn’t answer his questions, including about the best way to build a fence, because many of them lived at a time when they tore down fences in order to expand corn and soybean acres.

He said his farm is more profitable now, making more on the cattle per acre than he would have with corn and soybeans here.

Gabe Brown, a well-known North Dakota regenerative farmer and author, was on the same program. Gehrke said he has learned a lot from Brown, including on his Google searches.

The DeKalb farmer said having livestock on the ground is just one of Brown’s regenerative practices he follows. The Gehrkes also try to have something growing year round. Their cattle will soon be moving to fall pasture that includes a mixture with turnips, peas, kale and radishes.

Gehrke said his daughter Maggie, 18, is the real farmer of the family. She moves the cattle to pastures and takes care of them, sometimes while he is working with the contracting business. Christa is a special education teacher. Their daughters Grace and Riley help as well.

Their location, four miles from DeKalb and close to other large populations in northern Illinois including Chicago suburbs, makes this type of business possible, where it wouldn’t be in a less populated area, he said.

Brown, the author of “Dirt to Soil – One Family’s Journey into Regenerative Agriculture,” is a big proponent of diversity in his planting.

“Diversity drives soil health,” he said. “We can still grow corn and soybeans, but we need to add diversity for healthy soil.”

Brown said his system is profitable. His management allows him to save money.

“I haven’t used insecticides on my crops since the turn of the century,” he said.

For every pest, there are 1,700 insects that are beneficial, he said.

Brown said regenerative agriculture could hold nutrients in the soil out of watersheds and add resiliency to the food supply. The North Dakota farmer recently took that message to the House Ag Committee.

“Agriculture has the ability to be part of the solution,” he said.

Mitchell Hora, an Iowa farmer, joined the September innovators event virtually. He is a seventh generation farmer who has stressed the importance of no-till since 1978.

The founder and CEO of Continuum Ag is known as an innovator for his use of diverse cover crops, inter-seeded covers, relay-cropping, growing multiple small grains, and other soil health practices.

Hora talked about carbon in the soil, and explained he doesn’t take part in the new trend to be paid by companies in the carbon market. He doesn’t qualify, for one, because he has long been using these practices. Most companies pay new adopters to add cover crops and other environmentally friendly practices.

The Iowa farmer said he also doesn’t participate in the carbon credits yet, “because I think better things will come.” He thinks the future carbon payments will have better formulas and reward farmers who already use no-till, cover crops and other such practices.

He said if earning carbon credits is the No. 1 driver in adapting regenerative practices, “that’s not going to work.” He said being successful and profitable requires knowing and implementing the regenerative principles and improving soil health.

He also finds profit in savings. He has decreased the use of synthetic fertilizer by 45% and phosphorus by 90%. He said he does keep some in the mix to help his dad feel “comfortable.”

Midwestern poultry industry holds its own

Poultry production in the Corn Belt is still a relatively minor industry compared to beef and pork, but it is at least holding its own, and ma…

Technology a mainstay in livestock production

The wave of technological innovation is washing over livestock production as well as cropping systems.

MELVIN, Ill. — When the pandemic arrived in 2020, Bob Miller, like other pork producers, adjusted to the changes affecting both his show pig b…

Matt Gehrke, an Illinois producer who launched a grass-fed beef business eight years ago, says he is making more on the cattle per acre than he would have with corn and soybeans. 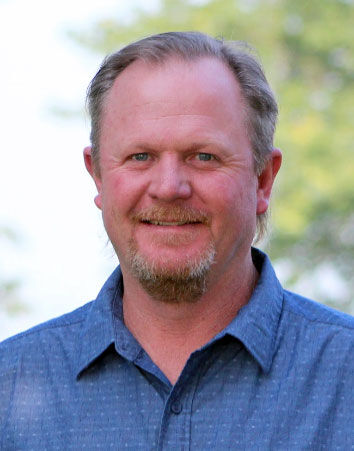