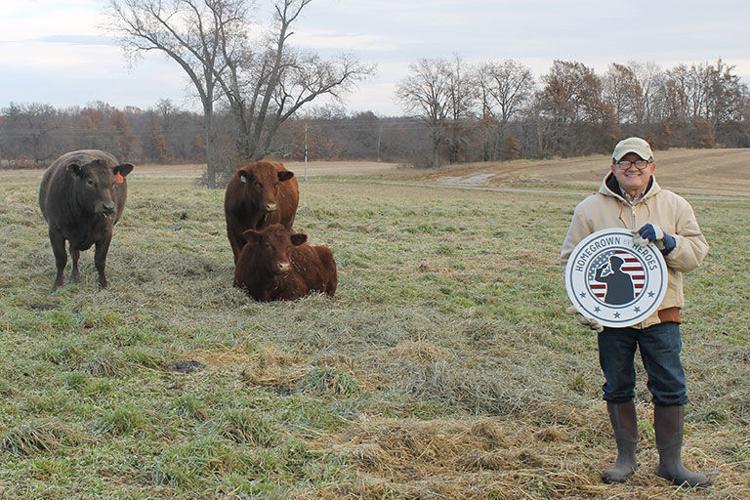 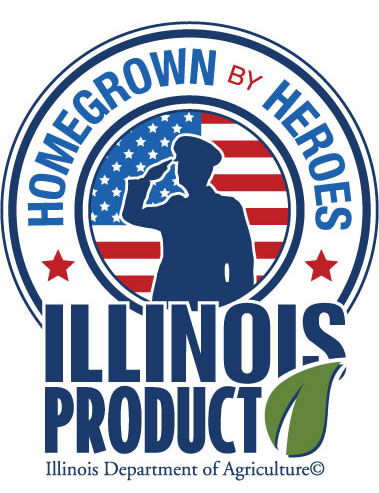 SANDOVAL — Consumers may wish to buy Western Illinois asparagus grown by Mercer County farmer John Sedlock, who served in the Navy from 1964-74.

They might buy grass-fed beef from Frank Lutz in Southern Illinois, who also served in the Navy during the Vietnam era.

Or, shoppers would perhaps prefer to buy Northern Illinois pork produced by Chris Gould, a Navy pilot for a decade ending in 2001.

That was the idea Michael O’Gorman, executive director of the Farmer Veteran Coalition (FVC), had four years ago when he tried to trademark a logo that would give farmers who served in any branch of the military an advantage in the marketplace and consumers a way to thank them for their service in both careers.

“It’s about pride,” says O’Gorman, who works in the national FVC office in California.

The coalition had has projects to connect veterans with careers in agriculture.

“At first, we could hardly find any veterans interested. Now, we get about 200 vets a month,” O’Gorman says.

When his initial design for a logo to help veteran-farmers was turned down by the USDA for being “too generic,” he discovered the Homegrown by Heroes effort begun by the Kentucky Department of Agriculture.

“It couldn’t get any better than that,” he says of the phrase and the distinctive red-white-and-blue design.

It took some convincing to get Kentucky to share their idea and go national with it, O’Gorman says. Farmers can the logo on their products, websites, social media on signs or anywhere they sell their products.

In July, the Illinois Department of Agriculture and Illinois Farm Bureau kicked off the state’s Homegrown by Heroes effort. It joins Kentucky and Ohio as the first operational states. Others states including Iowa and Missouri are close to making it official, and there is interest from veteran-farmers across the nation in applying for permission to use the distinctive logo.

“Taking a statewide approach will lead toward a cohesive program providing an opportunity for integration of resources and marketing opportunities,” says Cynthia Haskins, Farm Bureau manager of business development and compliance.

In addition to the product logo, the effort here includes a program that involves experienced farmers mentoring new farmers.

Frank Lutz is among about 744,700 veterans in Illinois. He will post the Homegrown by Heroes sign at his farm this spring and put it on the label of his Fox River Farm beef produced in Marion County.

Lutz says the brand honors “young people who went off to war and made sacrifices and now they feed us.”

The initiative is based on the idea “they deserve an edge in commerce” and support from consumers, says Lutz. He says “hero” is a word he considers a little strong to describe himself, but he says it is appropriate for many who sacrifice in being part of military service.

His farming operation, small by today’s standards, will produce 25 finished cattle this year, and he hopes to expand to 40 annually. They are butchered in Eureka and mostly sold to consumers in the Chicago area.

He left the farm for many years, first serving in Navy communications from 1964-68 in Hawaii. He worked in sales management for Maxwell House and its parent companies for decades, moving his family 24 times. When he moved back, he settled at the farm that had been in his family since 1886.

Sedlock, a Mercer County farmer, says the “Homegrown by Heroes” designation is a good marketing tool he will use his with asparagus operation.

He was on active duty from 1966 to 1969, in Vietnam the last half of the three years. He and his wife had off-farm jobs in addition to operating their farm for 30 years. They have retired from the off-farm jobs and have 20 acres of corn and soybeans, a one-acre market garden and six acres of asparagus.

Sedlock says he likes the way he is still able to run his business in his community in Lynn Center: He takes no credit cards, only cash and checks.

While Chris Gould is part of a much bigger farm family operation, he also uses the Homegrown by Heroes logo in his social media promotion of their pork and crop farm.

He grew up active on the farm operated by his father and grandfather, but when he was considering a career in the 1980s, there wasn’t room in the operation. He graduated from the University of Illinois and served in the Navy as a pilot for 10 years before returning to the farm with new skills.

In the early 2000s, the timing was right to for him to become the third generation on the 3,000-acre Gould Farm based in Kane County about 50 miles west of Chicago.

They run a farrow-to-wean swine operation consisting of 750 females producing 17,000 piglets annually for a local network. They proudly display the Homegrown by Heroes logo on their website, and it will be a marketing tool for their pork production, says Gould.

“To me, we are riding a wave of honoring veterans in this country,” Gould says. His welcome home was much different than those who served in the Vietnam era — the attitude toward veterans has become more appreciative.

He says if it is a “tiebreaker” for consumers deciding which product to buy, they may give a nod to the veteran-produced item.

More information about participating in the Homegown by Heroes program is available at hgbh.org.

Although parts of January have been seasonably warm with green grass still visible in parts of the Midwest, livestock producers must still be …

As one of the leading pork-producing states, Illinois has a strong voice in the industry. The state’s pork association is taking steps to ensu…

The Illinois Pork Expo will include all its usual highlights of meetings, speakers exhibits and chats with legislators at the BOS Center in Sp…