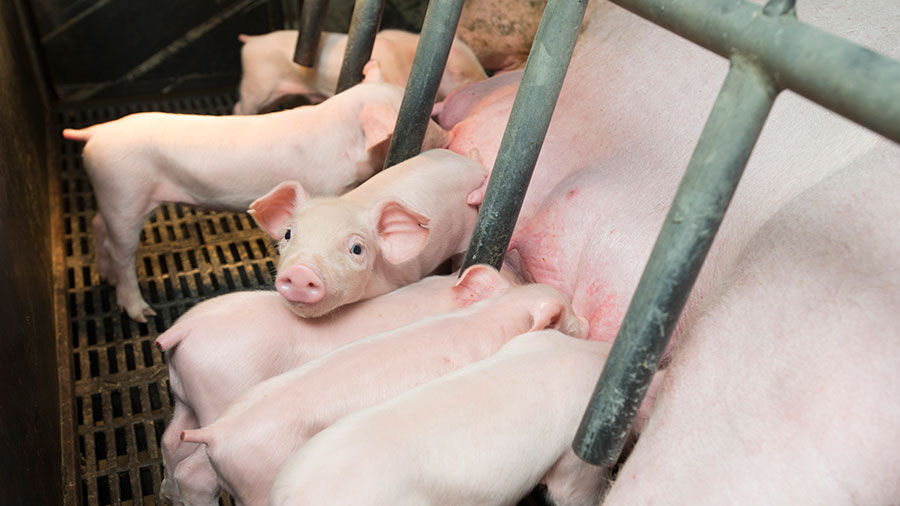 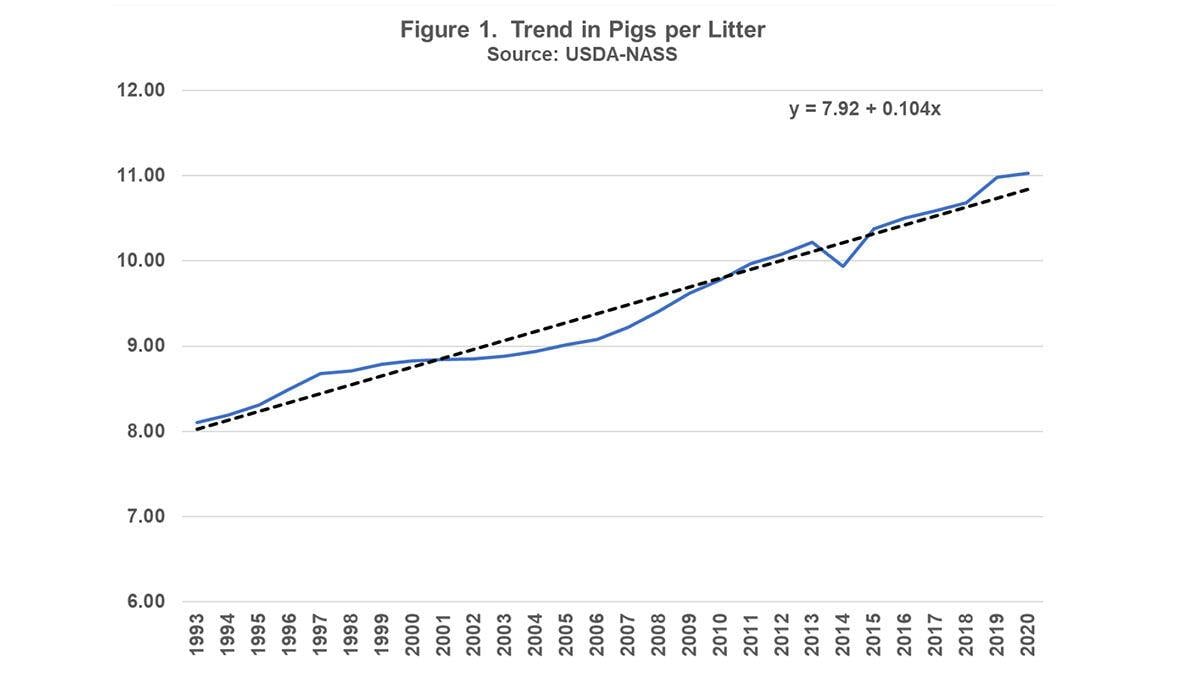 Editor’s note: The following was written by Michael Langemeier with Purdue University for the University of Illinois farmdoc daily website Feb. 5.

Key performance metrics for swine production include feed conversion, litters per sow per year, pigs per litter, and pounds of pork produced per sow per year. All of these metrics have improved dramatically over time.

Improvements in production performance are critical to controlling production costs and for the industry to remain competitive in comparison to swine producers in other countries and competing meats. This article examines long-term trends in pigs per litter.

Improvements in production performance, such as litters per sow per year and pigs per litter, have impacts on the number of sows needed to supply the domestic and export markets. Obviously, if pigs per litter had not increased over the last few decades, we would need a much larger sow herd.

In addition to production performance, the increasing market weight of barrows and gilts has impacted the size of the sow herd needed to supply our markets.

In closing, pigs per litter has increased at a rate of 0.104 per year since 1993. Another way of stating the same thing, the annual growth rate of pigs per litter in the U.S. was 1.10% from 1993 to 2020. Continued improvements in production performance will help ensure the U.S. swine industry remains competitive.

Every day someone seems to learn something during the COVID-19 pandemic which will help another part of society.

Pat Bane, a central Illinois pig farmer, found support from his family and his employees when he faced a series of challenges in 2020.

Generations of preparation go into ring

Brady Kramer, his wife and sons live in his grandfather’s original farmhouse near Farina in southern Illinois.

From the time bulls are born, breeders already have a good idea which ones they will likely take to the annual Illinois Performance Tested Bul…