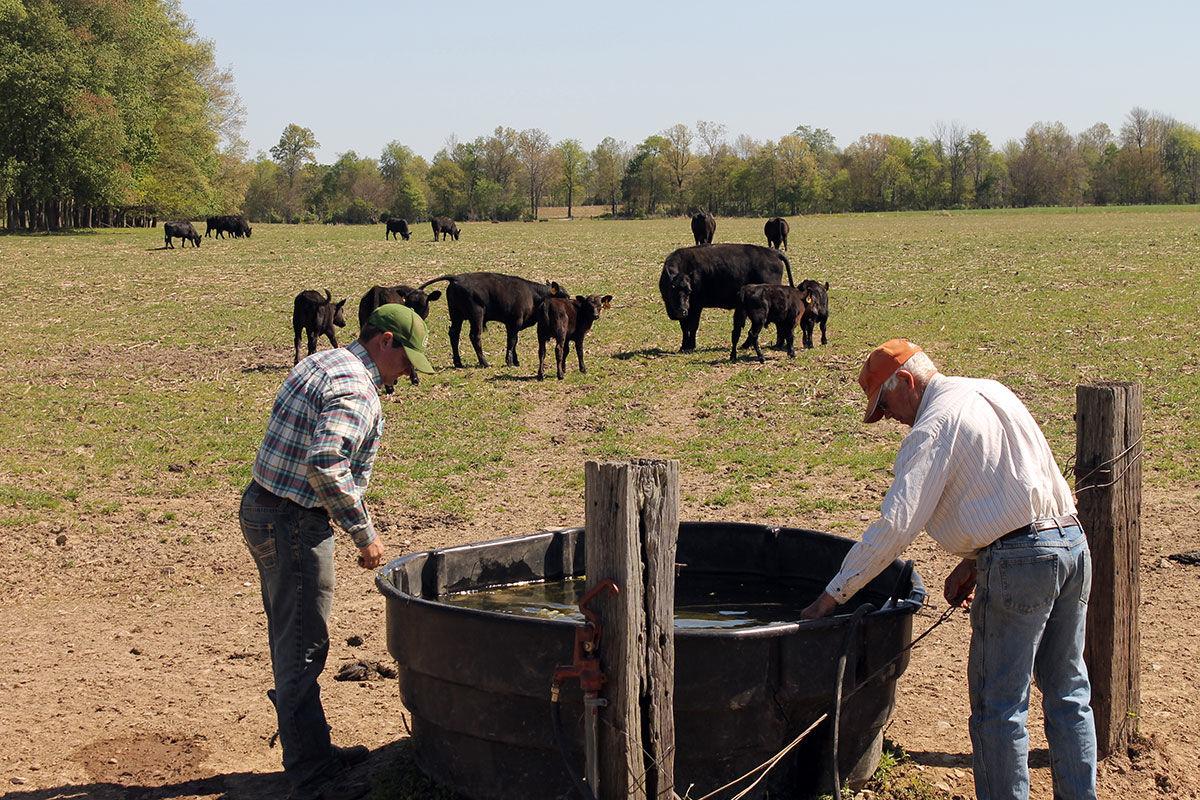 Marc and David Bremer check a water tank in a pasture on their Massac County, Ill., farm. The Bremer family has been raising black Angus cattle for 60 years. 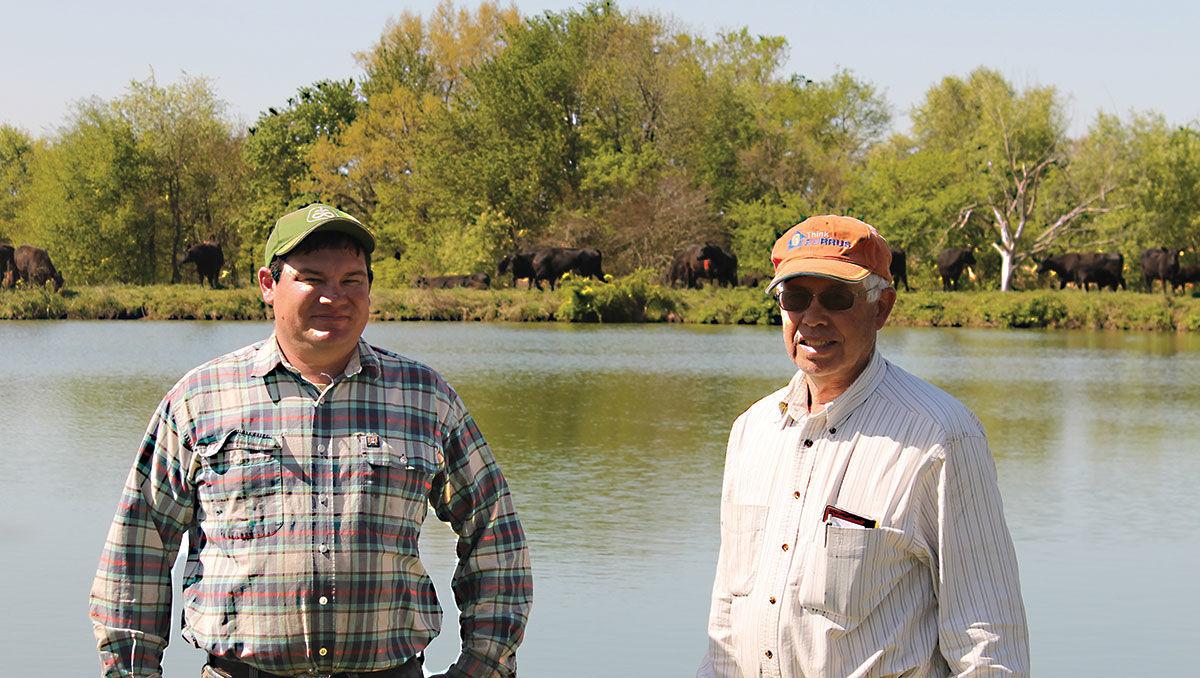 Marc Bremer, left, and his father, David, stand in front of their herd of Angus beef cattle grazing the banks of a pond.

Marc and David Bremer check a water tank in a pasture on their Massac County, Ill., farm. The Bremer family has been raising black Angus cattle for 60 years.

Marc Bremer, left, and his father, David, stand in front of their herd of Angus beef cattle grazing the banks of a pond.

METROPOLIS, Ill. — Black Angus cattle have called a patch of land in the southern tip of Illinois home for 60 years.

The father-son team of David and Marc Bremer carries on the operation, established in 1960 with a herd of certified purebred Angus. The farm was purchased in 1946 by Virgil C. and Edgar Bremer, David’s father and uncle.

“In the 1950s my grandpa decided he wanted to raise Angus cattle,” Marc said.

The elder Bremers looked far and wide for quality seedstock, and found it at the Wye Plantation in Maryland. That farm has had a continuous Angus herd since the 1600s.

“It was what he saw was working the best,” Marc said.

“Most cattle were short. The Wye Plantation had larger frame cattle,” David said. “This was before all the exotics came in and everybody was trying to get very large, and before CAB (Certified Angus Beef) came along and wanted everything to be black. Big was what they wanted, and he was into performance.”

David came back to the farm in 1974, and started taking a look at yearling weight. Expected progeny differences are a major part of the Bremer strategy.

“I never was one who could look at a cow and determine that’s what I wanted,” David said. “So I relied on the numbers a lot.”

Calving ease is an important trait for the Bremers. They have had some success in that arena and are now focusing on feed efficiency and carcass quality.

“Everyone is pushing for a lot of growth, and with that, feed efficiency drops and frame scores go up,” Marc said. “I’ve tried to back off on the size of the cow.”

Total inventory for the Massac County herd is about 270 animals, including 120 cows. The Bremers also sell bulls. They feed out some of the steers and also slaughter some for direct sales.

The Bremers supply a small retail establishment that has a restaurant. They also sell halves and quarters.

As producers of high-quality beef, markets can be limited.

“Our beef is too high quality for McDonald’s,” Marc said. “The mentality of the cheeseburger is you can take that off old cows. With steak, you don’t want that old cow. When you eat it, you find that not all beef is created equal. Genetics do matter.”

The Bremers calve in the spring, but are looking at moving some cows into fall calving. That way they can work other breeding traits into the herd.

“We’re considering that,” Marc said. “That way, I can look at new genetics to see which way I want to go. I can try a bull this spring and if their calves look good in the fall, good. But if I don’t like it I can breed the fall-calving herd to something different.”

Artificial insemination is utilized extensively. They recently had two pairs of twins born to AI cows.

The animals graze pastures of fescue, timothy and orchardgrass mixed with clover and other legumes. Rotational grazing is part of the operation. The Bremers are also big believers in cover crops. They grow cereal rye, annual rye and other covers and put the animals out on corn stover following harvest.

“We determined that cover crops are beneficial enough that we’d like to do 100% every year,” Marc said. “We’d like to change our cropping season where we’re planting early season beans, then get some pasture out of it.

“Because of that, we’re able to use our crop ground 11 months out of the year,” Marc said. “Usually, I’m drilling cover crops while they’re grazing corn stalks.”

Many beef producers in Illinois will find little to celebrate during Beef Month. A supply glut, production problems due to weather conditions …