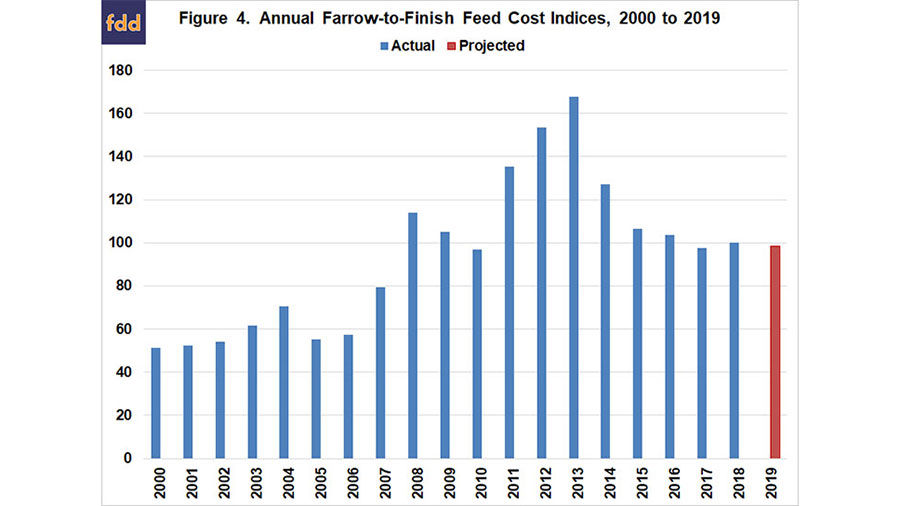 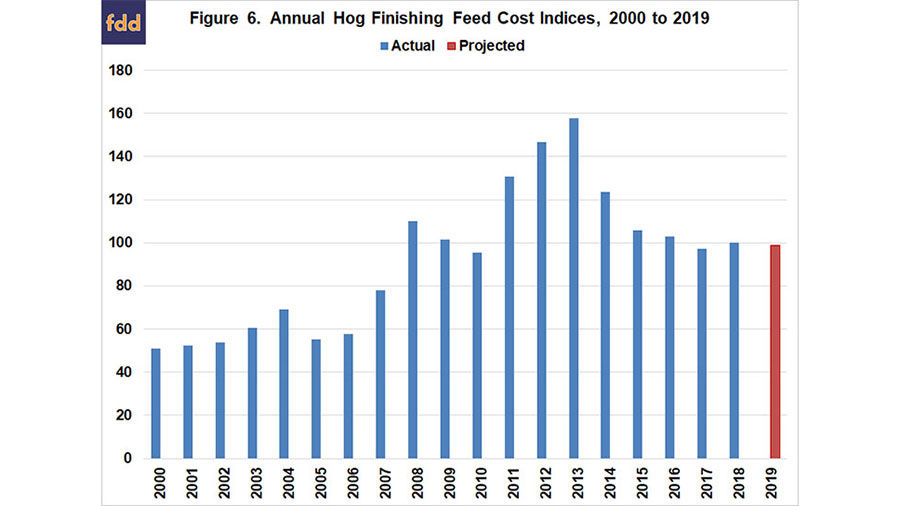 Though these estimates could change between now and when the crops are actually planted, it is still interesting to examine the impact of these estimates and associated crop prices on feed cost.

Specifically, what are the implications of these planted acres on the prospects for swine feed costs the rest of this year?

Both corn and soybean meal prices are expected to remain below their averages since 2007 for the rest of this year.

Obviously, a 40-cent increase or decrease in corn price would have a large impact on feed cost per cwt.