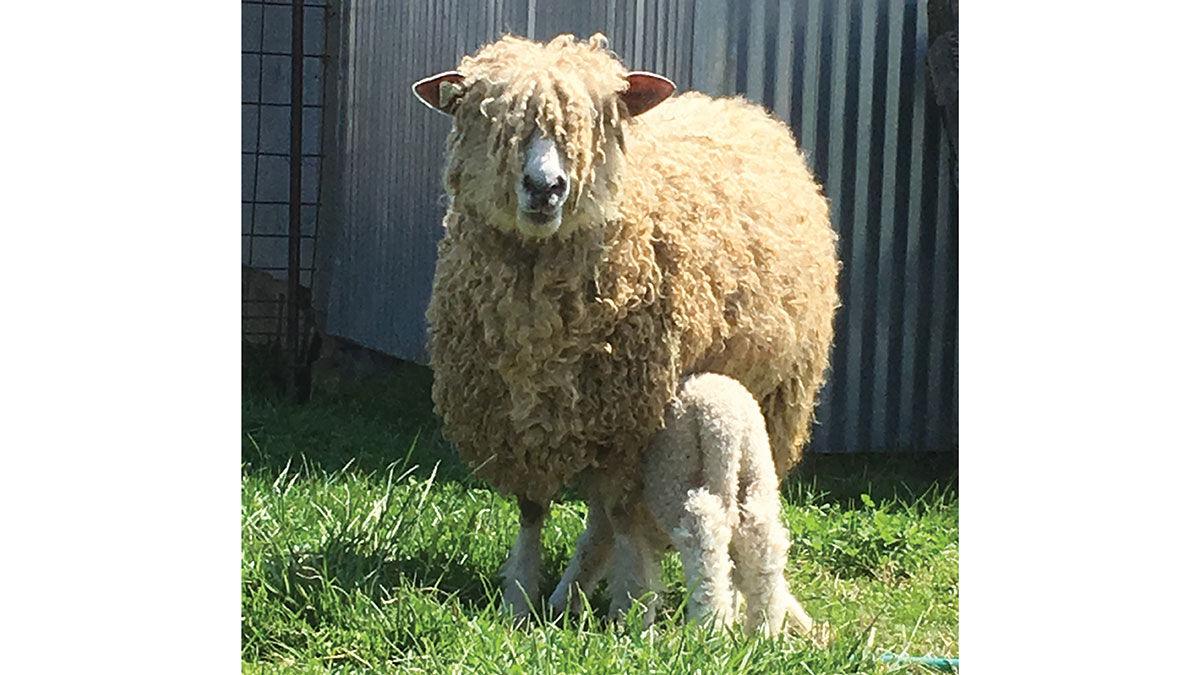 A Lincoln ewe nurses her lamb on a farm Jackson County, Ill. 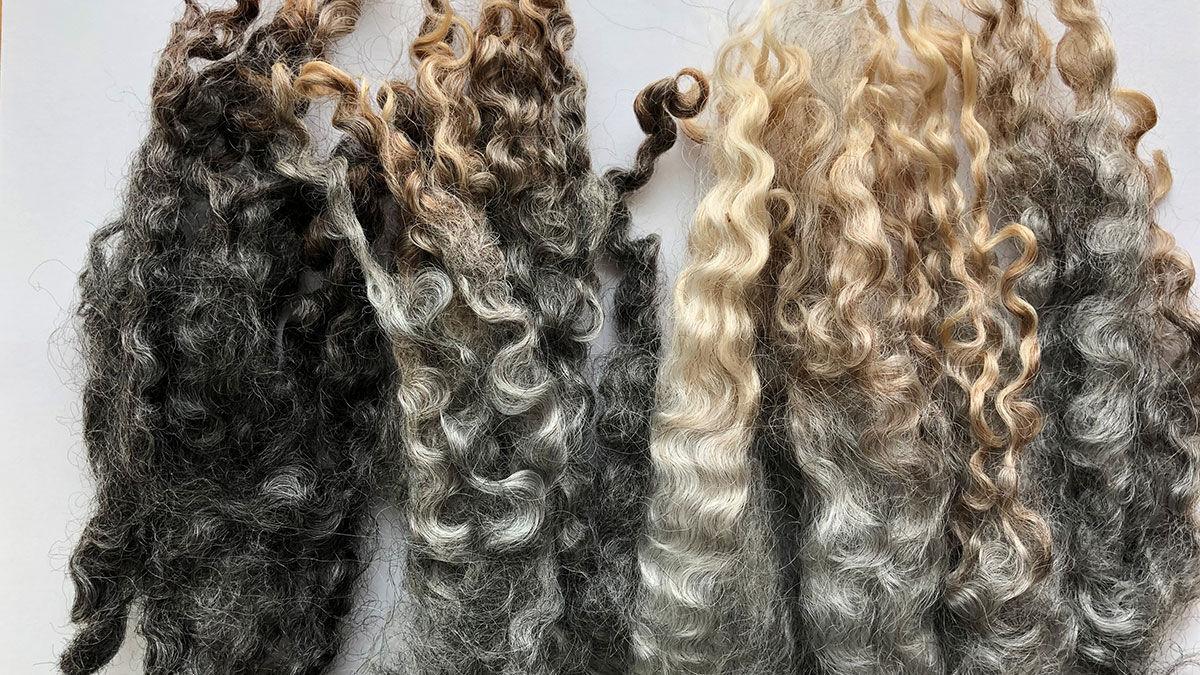 Lincoln sheep produce fleece with a wide range of color variations. The fleece of Lincoln sheep is coarse, long and durable. In addition to Santa beards, it is used for dolls’ hair, apparel and rugs.

MURPHYSBORO, Ill. — They may not realize it, but many men who play Santa Claus have Lincoln sheep to thank for giving them a more realistic appearance.

The English breed is known for its long, coarse fleece, which makes an ideal beard, among other things. Craig and Patricia Taylor are among a relatively small number of Americans raising the rare breed. They have about 50 ewes and a few rams on their Jackson County farm.

“We always had Lincolns,” said their daughter, Sarah Taylor, a lawyer who still helps out on the farm. “My parents have been raising them for about 40 years.”

Lincolns are among the four English longwool breeds, and have been in the United States since the early 1800s. With fewer than 1,500 registered breeding females in England, they are categorized as “at risk” by the Rare Breeds Survival Trust.

It is the largest sheep breed, with rams sometimes attaining 350 pounds. Despite their size, the animals have a pleasant disposition.

“I really like raising them,” Taylor said. “They have a docile temperament and tend to be good mothers. They’re hearty foragers, and do well by eating grass. They make good 4-H projects.”

That’s how her association with the animals began, when she was a child living in the Seattle area. Her parents had horses and decided to “switch gears.” They purchased some crossbred sheep and eventually became involved with Lincolns, starting with a couple of ewes.

According to the Livestock Conservancy, the modern breed was developed in the early 1800s in the marshy lowlands of Lincolnshire, where the lush pastures produced large sheep with long, thick coats. During the second half of the 19th century they were exported in large numbers to Europe, Australia, New Zealand, Canada, the United States and Brazil.

The Lincoln is one of the four English longwool breeds, the others being Cotswold, Leicester and Wensleydale. Like most other longwools, the Lincoln is globally rare and facing an uncertain future, according to the Livestock Conservancy.

The fleece grows about 12 inches per year, and each sheep produces 12 to 16 pounds of wool. Though hardy, Lincolns require good nutrition to perform well.

The Taylors moved to southern Illinois in the early 1990s to be near relatives and brought their love of Lincolns with them. The change in climate has resulted in a change in management.

“It’s colder and damper in Seattle. The climate is different,” Sarah Taylor said. “Over the past 15 years or so here we noticed that they don’t produce the same length of fleece. It’s hot and they don’t need as much fleece, so they don’t grow as much. They have adapted to the climate.”

As a result, the Taylors shear only once annually; they sheared their animals twice a year while in Washington. They generally complete the shearing by June, before the hot, humid southern Illinois summers set in.

“It’s a very durable fleece,” Taylor said. “It’s used for outer garments, such as hats and socks, or for coarse rugs.”

But a common usage is for wannabe St. Nicks. The hair is made into beards and hair for Santa costumes.

“It comes in white and also natural colors that run the gamut,” Taylor said.

Lincolns are a dual-use breed, raised for wool as well as meat. The Taylors market them for both. The sheep are not shown on the circuit anymore.

“My mom will take them sometimes to local festivals,” Taylor said. “We also sell them online.”

Editor’s note: This is the start of a series on rare breeds of livestock raised in the Midwest.

A Lincoln ewe nurses her lamb on a farm Jackson County, Ill.

Lincoln sheep produce fleece with a wide range of color variations. The fleece of Lincoln sheep is coarse, long and durable. In addition to Santa beards, it is used for dolls’ hair, apparel and rugs.