LEXINGTON, Ill. — Farmers, veterinarians and ag reporters have many things in common. Every day for them is different and a day seldom turns out as planned.

Today was to be a steer day for veterinarian Buzz Iliff, with his summer intern and a tagalong reporter. Castrations and vaccinations were scheduled on a Peoria farm.

But temperatures soared to near 100 degrees, making the situation too stressful for the steers.

Plan B. Everyone detours to a Lexington Angus farm to see show cattle and check whether any tweaks are needed to the farm’s vaccine program for fair and show season.

“This is probably a better choice,” said Iliff has he stepped out of the heat into the fan-cooled Dameron Angus show barn near Lexington.

He’s accustomed to changing directions on the move.

“I’ve had the whole day scheduled and never made one (planned appointment),” said Iliff, who has been a veterinarian for 42 years.

The day he’s talking about — during calving season — he diverted to several emergencies. Those with rescheduled appointments understood because they know the next time, they could be the emergency that changes Iliff’s schedule.

Iliff is all about teaching and learning. He is always glad to talk to consumers about antibiotics and quality beef.

Likewise, he is glad to give a reporter a close-up look at what he is doing — at either end of a cow.

Some experiences are better kept at arm’s length. Bethany Shane, Iliff’s summer student and a future veterinarian, pulled on a long, plastic glove. She looked at the Dameron Angus cow, and the vet, and back at the cow before taking his instructions on how to do a pregnancy test.

“This is the first time I checked before Buzz,” said the Iowa State University junior.

Her mentor and coach stood nearby as she lifted the cow’s tail and got to work.

When she was finished, Shane, of Hudson, Illinois, stepped back and watched as he repeated the procedure.

The “preg test” wasn’t definitive today, and they often would use a sonogram to confirm, but the temperatures were so high they didn’t want to stress the cow.

Also in the barn, Megan Pelan, an intern for Dameron Angus, was washing and grooming show cattle that will compete at the Illinois State Fair.

Iliff does a walk through, even grabs a handy pitchfork to tidy a fresh dropping along the walkway as he talks to Pelan about the animal science program she is attending at Kansas State University and about state fair prep.

Iliff, of Stark County, was the official veterinarian at the Illinois State Fair in 2002. He said he stayed on the grounds overnight.

One of the statements he made to journalists about the comfort of animals at the fair made the national news. He said that if all kids were taken care of as well as farm animals, “the world would be a better place.”

His next conversation today is with Gary Dameron, the farm owner, who returned from the National Junior Angus Show in Nebraska that week with another national championship. They discuss the vaccine plans for show season.

“He’s an integral part of our business. Everything we do here is based on his recommendations. He’s not just a service, he’s an advisor,” the beef producer said.

“I learned as much from my clients as they do from me,” Iliff says of the 200 or so he has worked with over the years.

One of the places he enjoys learning is the American Association of Bovine Practitioners annual meeting he attends every year. He said he learns both in the sessions and talking to people after the meeting. These things help him keep up on the latest techniques and issues and avoid becoming a “dinosaur” after more than 40 years in the profession.

He and his wife Kris have four sons. Three are veterinarians.

It’s no secret that he likes cattle best.

He not only raises some with his son, Jay, he is immediate past president of the Illinois Beef Association and has been active with the group for years. He also enjoys participating at the national level.

His profession often put him in a cattle barn at any time of day or night. He delivered a 130-pound Shorthorn calf on Saturday night. The owner was in Colorado and a neighbor watching the cattle needed help.

Even with the long hours and unpredictability of his profession, Iliff says, “It’s been a lot of fun.”

A closer look at ag-related businesses.

Editor’s note: This is a series featuring the ins and outs of ag-related businesses. 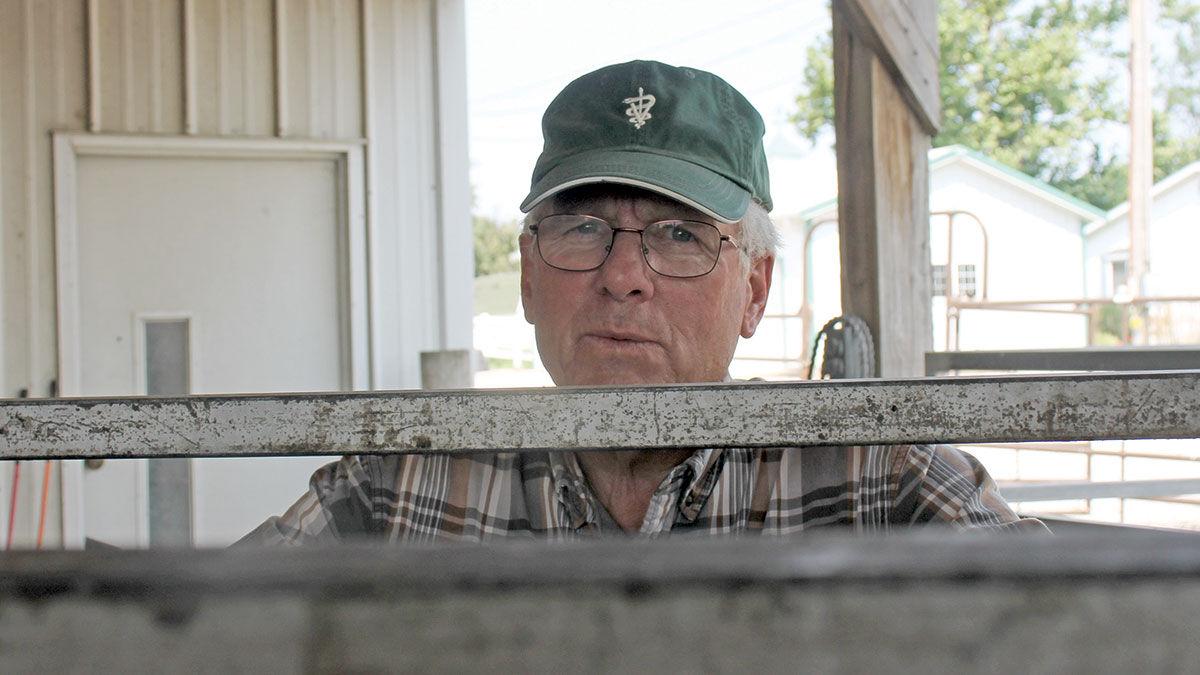 Buzz Iliff, a veterinarian for 42 years, says he’s still learning from his clients, his colleagues and animals. 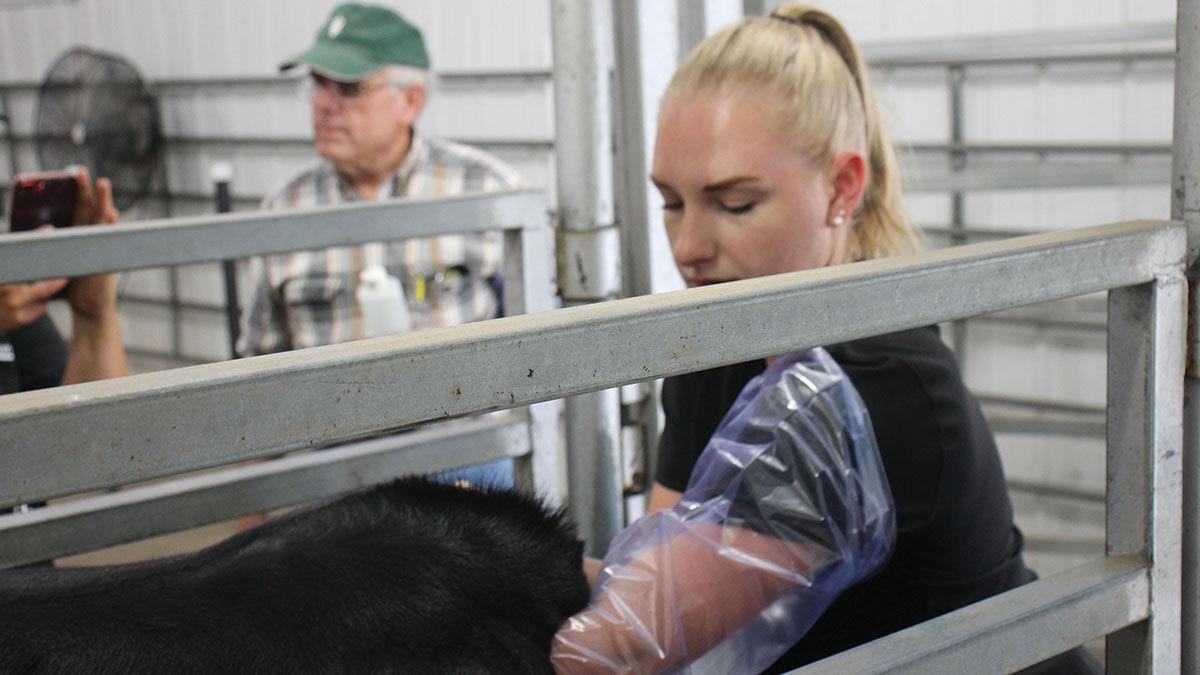 Bethany Shane, a summer intern with veterinarian Buzz Iliff listens to his advice as she learns how to do a manual pregnancy test.