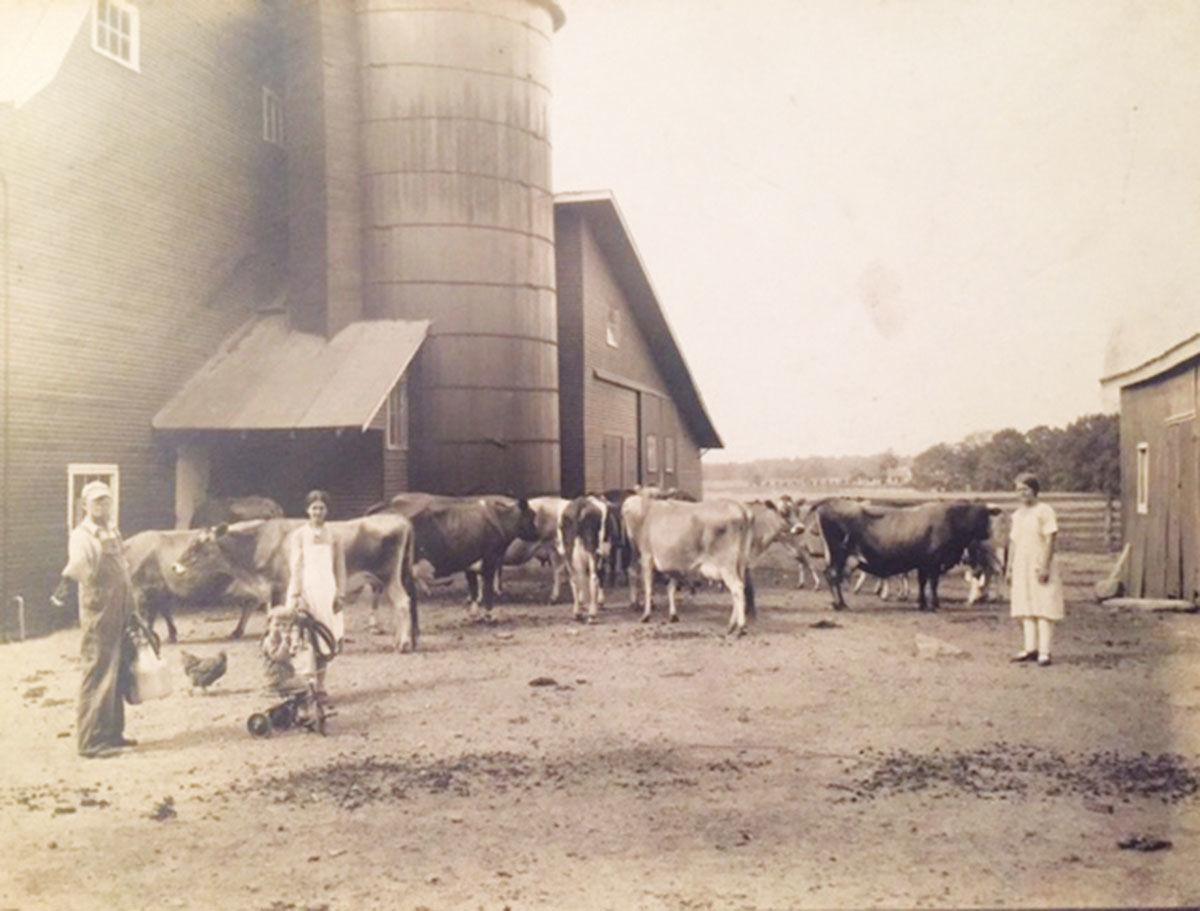 Don Guinnip’s grandfather Arthur was an active farmer in Clark County in southeastern Illinois in the 1920s. An old photo shows a new barn the family built in 1926. 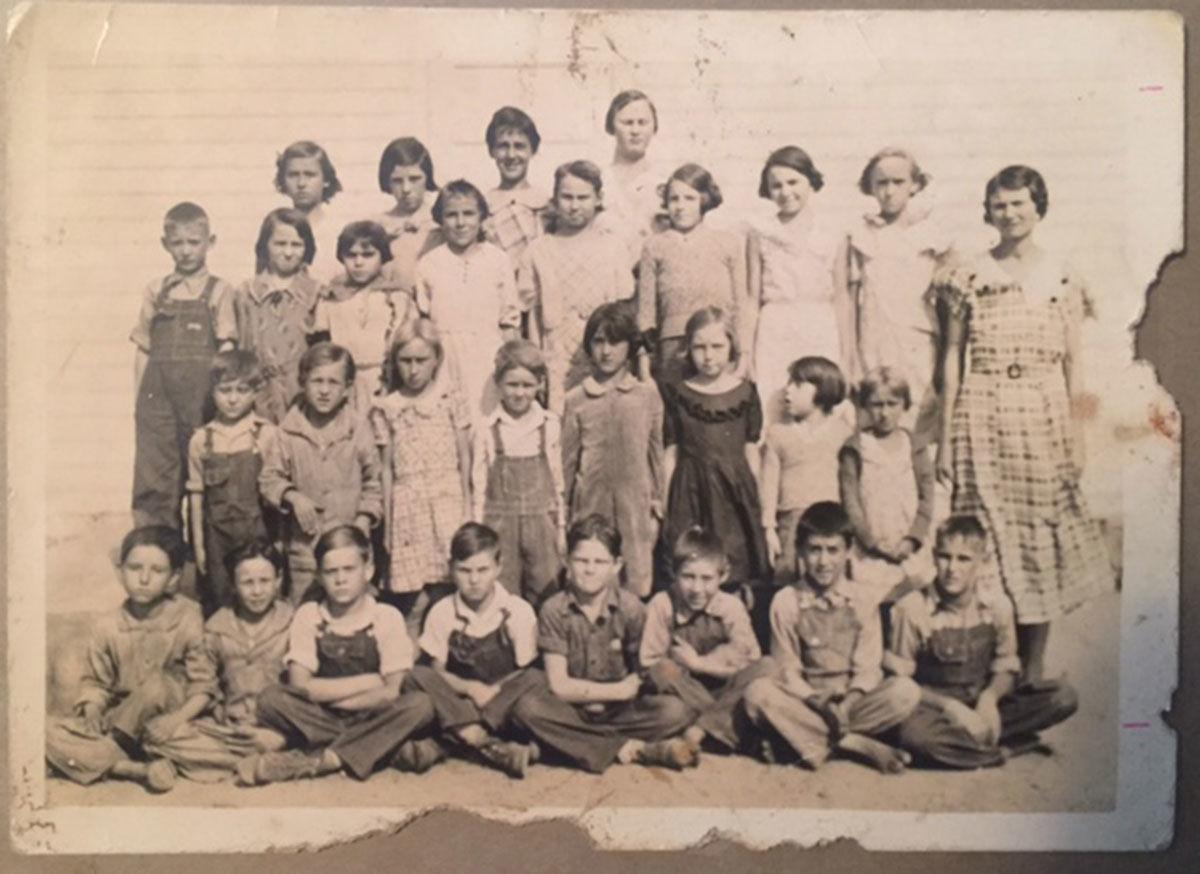 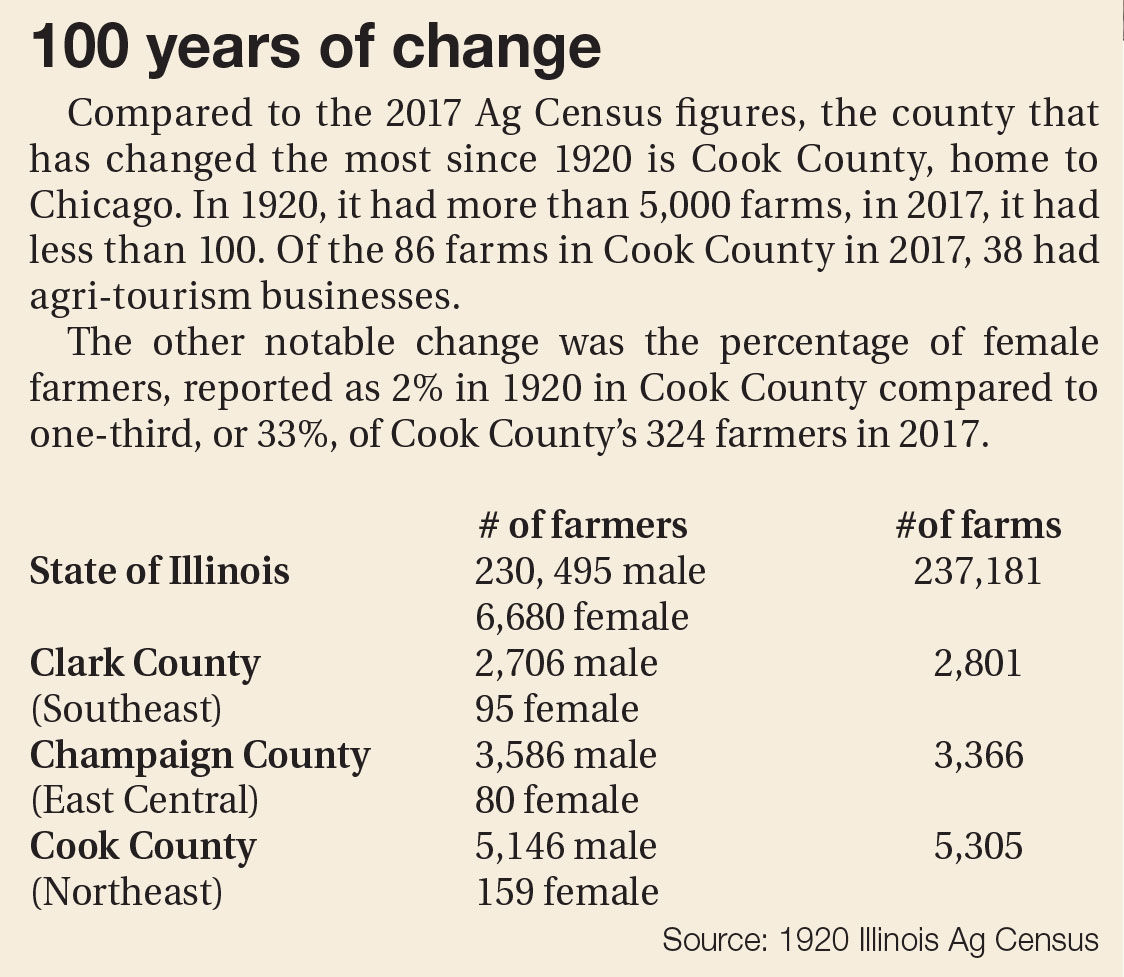 Don Guinnip’s grandfather Arthur was an active farmer in Clark County in southeastern Illinois in the 1920s. An old photo shows a new barn the family built in 1926.

Editor’s note: The following is the first in a series about family farm experiences from the 1920s.

The “Roaring 1920s” were an unprecedented time as farmers galloped ahead from horse power towards tractors and farm cooperatives picked up steam.

While 2020 is unprecedented for different reasons, it’s a good time to look back 100 years at what life was like then.

By combing historic documents, lingering over family photos and pondering family history, Don Guinnip paints a picture of what life was like in 1920 at the farm his family has owned for 180 years.

Clark County in the 1920s was undergoing a period of transition from workhorses to tractors.

“Grandpa got both his first tractor and his truck in the 1920s,” Guinnip said of his grandfather, Arthur.

Back then, tractors weren’t so much for working the fields.

“They were a power source,” Guinnip said.

Guinnip’s family didn’t like to use early tractors in the field because they had steel wheels which caused compaction problems. Instead, horses were the field power for planting, harvest and discing for years.

“Horses were around this part of the world for a long time. It was sentimental,” Guinnip said.

There was no electricity, but there were telephones with manual switchboards in Marshall, Illinois, where one operator served about 200 customers, Guinnip said.

“The party line provided a lot of interesting social networking with neighbors,” he said.

Arthur Guinnip lost an arm in a wood cutting accident in 1912, so it was difficult for him to bale hay and do other field work. Guinnip’s grandmother, Mattie, saved enough money from teaching school to buy seven or eight Jersey cows, which started their dairy operation, which was more manageable with his handicap, Guinnip said.

Water was a big deal then with no public water systems. Farmers used water wells and cisterns. Water was especially important for the Guinnip farm because of the big dairy requiring water to wash equipment.

During the ’20s, farmland became much more productive as rock phosphate and lime were introduced to improve the clay pan soils.

Most farms in the area gained their incomes from a mixture of milk, hogs, beef, poultry and eggs. Corn was a feed crop for livestock, not a cash crop. It was still shucked by hand and went into the corn crib, Guinnip said.

About this time Clark County became the soybean capital of the state, but as processing moved to Decatur and Danville, production moved that way.

The one-room school house was a central part of rural life as well. Youngsters started their education at Rabbit Ridge elementary school with one teacher for eight grades. In the 1920s, there were usually about 15 to 30 students, often several from the same big family.

The 10- to 12-mile trek to Marshall for high school was challenging because of poor roads that were little more than dirt paths in some cases, Guinnip said. Often in the spring, roads were impassable for trucks and cars. For that reason, some high schoolers spent the winter in town, especially the girls. It was more important for girls to have an education than boys because they could usually get farm and coal mine jobs in the area, Guinnip said.

One of the most divisive issues of the day was prohibition. The shores of the Wabash River were home to lots of distillers that sent their product south.

“It was a big social issue,” Guinnip said.

The nationwide ban on the production, importation, transportation and sale of alcoholic beverages started in 1920 and came to an abrupt halt in 1933.

Rural communities were a mixture of people for and against the drinking laws. Ethnic groups had different opinions. Often German immigrants — who really liked their beer — favored alcohol, as did pockets of Irish immigrants, Guinnip said. Protestants were often pro-prohibition, but Catholic church goers preferred alcohol.

He had family on both sides of the issue, with members of the Women’s Christian Temperance Union and those who thought it was fine to have a drink or two.

His family always had a way of embracing its differences. When his parents married in 1950, his mom became a Republican and his father a Catholic, making both families happy.

Connect with family through writing workshop

Over 3300 categories of used rental equipment and tooling. Largest