Kathleen Holden, a retired associate chancellor of the University of Illinois, lives in an age-friendly community. She helped make it that way.

Holden, now 77, is the chair of the Champaign-Urbana advisory committee for the age-friendly community program here.

Her efforts aren’t exclusively for older adults. A community with a focus on accessibility meets the needs of the entire population, she says.

She believes it’s important for older adults to have a say in creating programs that will affect them and be directors of what happens to them.

“There is a tendency of well- meaning people to design and build programs for older adults and give them to them. But if older adults aren’t involved in the decision making, it marginalizes them,” she says.

More communities are addressing issues affecting older adults, as the U.S. Census predicts people 65 and older will be the largest population group in 2035. For years, the census has shown the high average age of farmers, particularly.

The World Health Organization and AARP are recognizing communities which have made a commitment to improve themselves for all ages, with a focus on older adults.

In 2017, Champaign and Urbana, two east central Illinois cities, became members of the AARP Network of Age-Friendly States and Communities.

Among the things in Champaign-Urbana, sometimes affectionately called Chambana, which improve the quality of life for older adults is being the home of the University of Illinois, a land grant college which offers opportunities for all ages. Also, the Osher Lifelong Learning Institute, which Holden helped establish here, offers people over age 55 a way to learn and teach a variety of subjects. She is also a member of the board of Clark-Lindsey Village, a not-for-profit “life plan community,” or continuing care retirement community.

“There are a lot of opportunities for older adults to remain socially connected in this community,” she said, including Extension programs, the public library, and local social and recreational offerings. “Social connectedness is very important.”

Housing, health care access, communication and transportation are also all essential in rural communities to help lessen social isolation, which is a real issue for older adults, said Wendy Bartlo, outreach specialist with the Center for Health and Aging at University of Illinois.

“One of the biggest killers of older adults is social isolation,” Holden said.

Some older adults wait too long to move into more accessible housing. They wait until they are sick and less likely to take advantage of the social activities and opportunities to make new friends, she said.

“It’s so important to go forward before you have to,” Holden said.

Outdoor surroundings is one of eight components the World Health Organization state as necessary for age-friendly communities. WHO’s other criteria are transportation, housing, social participation, respect and social inclusion, civic participation and employment, communication and information and community support and health services.

“Each age-friendly community may be stronger in some areas than others,” Bartlo said.

She helped conduct a survey of people over age 55 in 2019 to give older adults a voice in helping the advisory board decide what areas need work. The residents chose to focus on inclusion, transportation and communication, she said.

Efforts will look at ways to make all residents feel safe and included and not disrespected, to lessen barriers to transportation so “people can use it to get to where they need to go” and to create a centralized online center for communication, Bartlo said.

“Communication is a big issue in both urban and rural areas,” she said.

People need to know where they can find things. Sometimes a lack of broadband or computer access is also a limiting factor.

The new Chambana Seniors website features headings including “Things to Do,” “Health and Wellness,” “Finance,” “Getting Around” and “Resources.”

“It was a great success in its first year,” Bartlo said.

The COVID-19 pandemic has slowed the effort, but it continues.

“It’s important to remember that by making access better for older adults, it doesn’t make it less accessible for anyone else,” Bartlo said. “It makes the community more livable for everyone.” 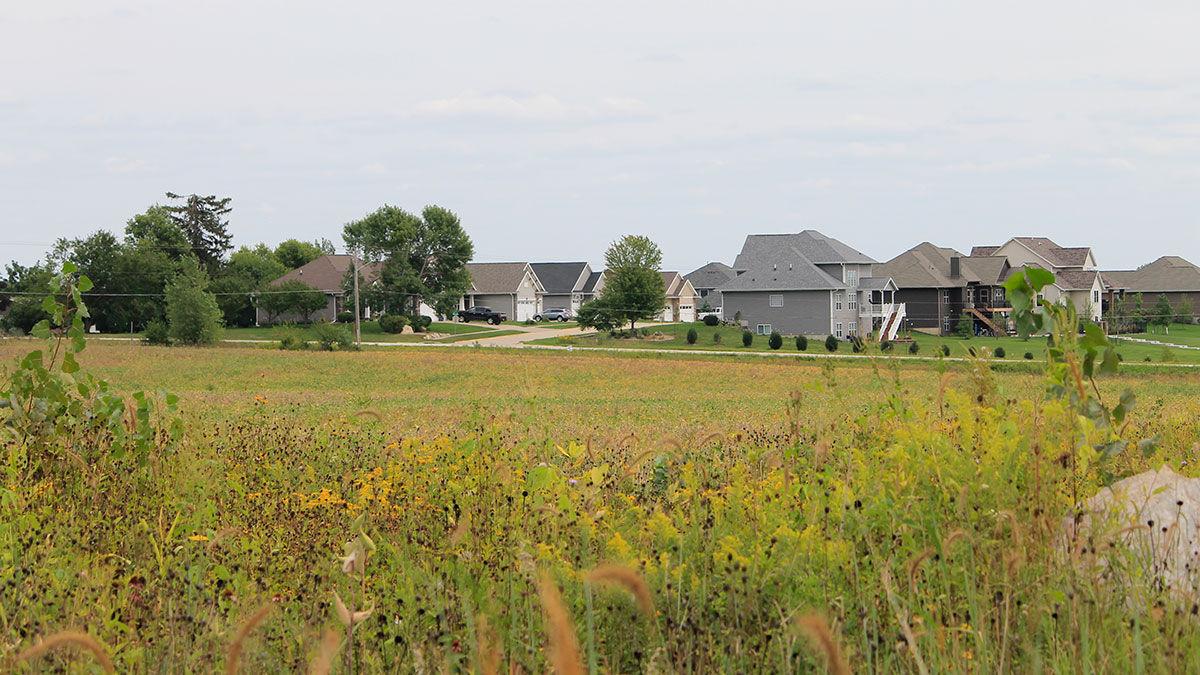 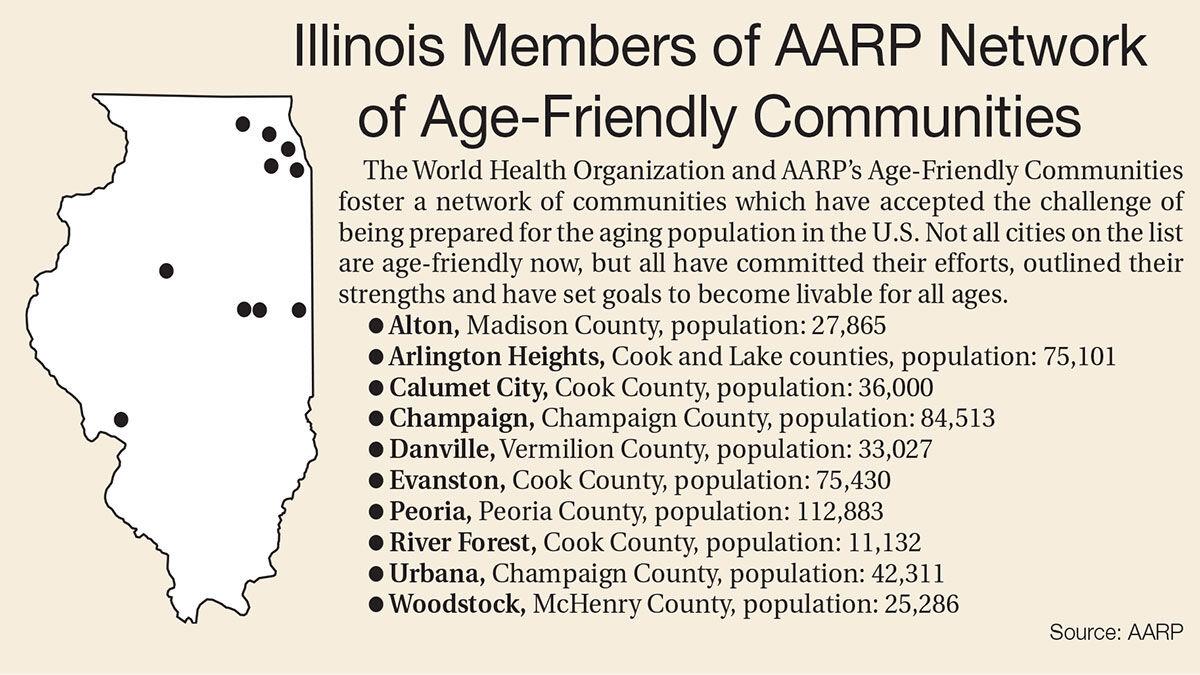 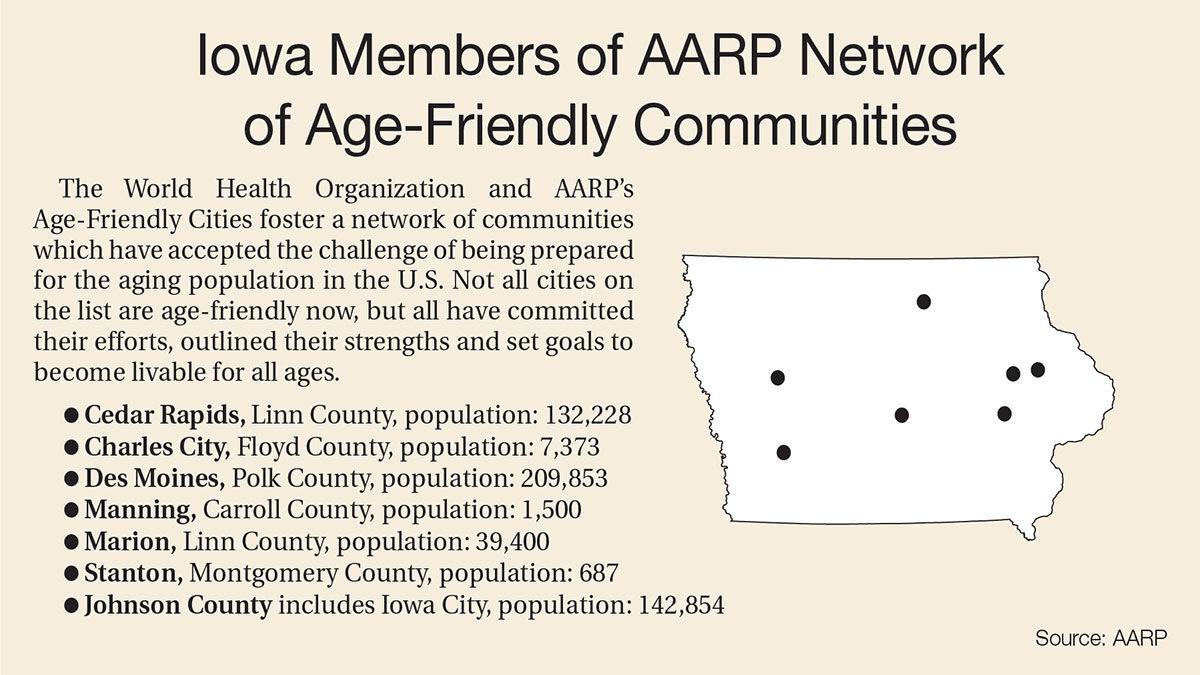 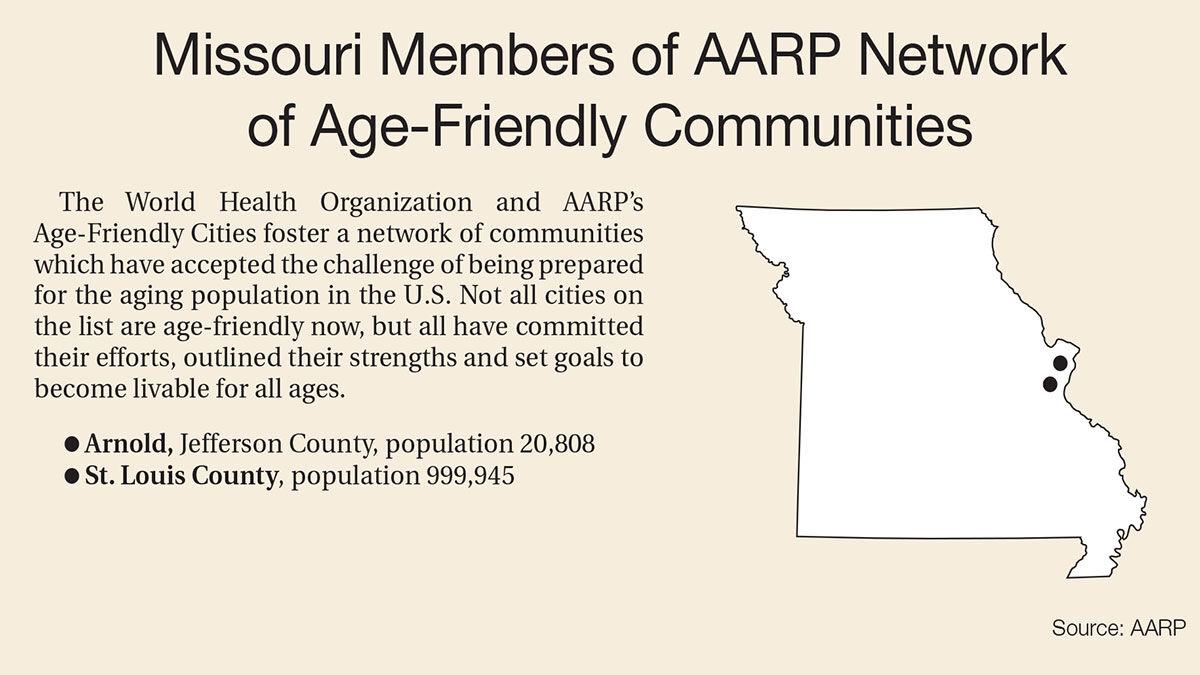