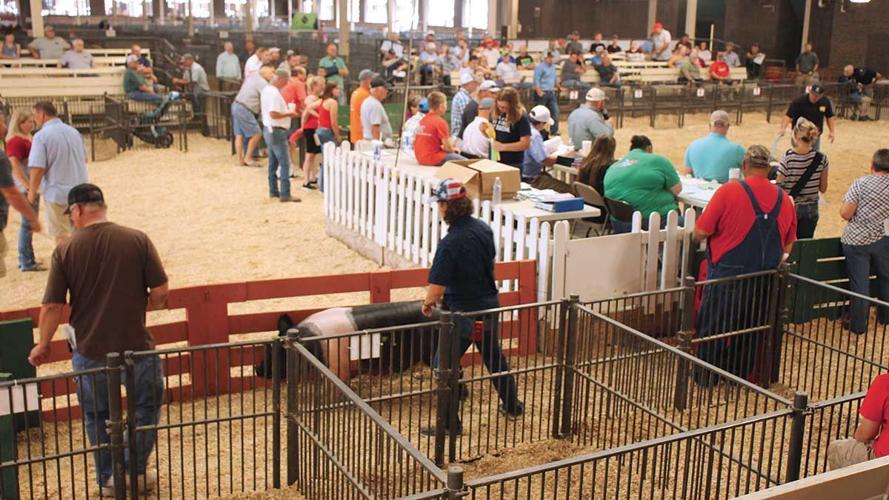 Ag is in the forefront of the Illinois State Fair in Springfield from the first day the fair opens on Friday, Aug. 11, and especially on Agriculture Day Aug. 16 until the Midway winds down on Aug. 21. 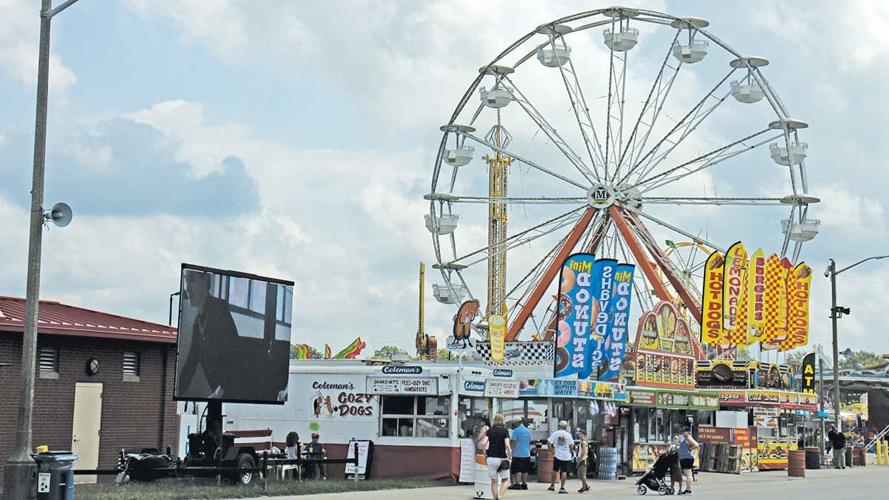 SPRINGFIELD, Ill. — Agriculture is at the heart of the Illinois State Fair in Springfield.

“We try to weave agriculture into every acre of the fair,” said Rebecca Clark, Illinois State Fair manager.

That’s not an easy task because there are 336 acres of fairgrounds.

Still, ag is in the forefront from the first day the fair opens on Friday, Aug. 11, and especially on Agriculture Day Aug. 16 until the Midway winds down on Aug. 21.

The first day of the fair this year kicks off with an additional day of harness racing. Horses will already be up and running as vendors set up and the Midway gets rolling.

“We see it as a time to introduce harness racing to a whole new generation,” Clark said.

Illinois Beef Association and Prairie Farms are sponsoring an ice cream social near the harness races at noon. The first 100 kids also get a stick horse to take home. Not everyone sees harness racing as agriculture, the fair manager said, but the tie in with beef and dairy helps bring it all together.

Free ice cream coupons will also be a perk for those attending the Governor’s Sale of Champions on Aug. 16. This will also draw attention to one of the highlights of the fair and the hardworking 4-Hers, Clark said.

The exhibitors do a “fantastic job” of highlighting agriculture, she said. Several commodity groups and the fair’s sponsor, the Department of Agriculture, have a variety of things planned for fair-goers.

Ag Tours return to the fair this year. Twice a day, at 10 a.m. and 2:30 p.m., interested passengers pile into a tram for a one-hour tour. The stop at the dairy barn will talk about dairy farming, others will talk about daily life on the farm with several more stops planned, including the master gardeners’ plot.

Every year something is added to the Route 66 Experience exhibit building up to the Mother Road’s 100 birthday in 2026. This year the addition is old-style neon-lighted signs which will be illuminated during the fair. Antique cars will be on display here as well, Clark said.

Of course, animals are always the star of the show, either in the judging ring or fluffy chickens for the youngsters to see.

The Master Showmanship Contest is a favorite event for some including Tasha Bunting. Here, the youth must confidently show three different species of farm animals.

“As a livestock junkie it’s always a highlight for me,” said Bunting, associate director of commodities and livestock programs for Illinois Farm Bureau.

Competitors on Aug. 12 have already excelled in 4-H youth competitions at their own fairs and will be judged for handling cattle, sheep and swine. They are also quizzed by judges on their knowledge of animal husbandry and livestock production.

“If they don’t have their own animal, they borrow from a friend,” said Bunting of the youths who may be showing a pig, cow or sheep they aren’t used to handling.

This year, fair-goers will see some action on the $58.1 million in renovations to update the fairgrounds.

The $8.6 million renovations to the Multi-Purpose Arena have begun, so that building will be closed during the fair this year. The demolition derby and tractor pulls will return to the building at the 2023 fair. And the rodeo will be held Sept. 25 at the Coliseum this year, Clark said.

Other than these few adjustments, the renovations won’t change the fair much this year but will offer improvements for years to come, she said.

Part of the fun of the fair, which attracted 472,000 people in 2021, is enjoying it with friends and family. There are no COVID-19 restrictions at the fair this year, Clark said.

“There’s a lot of excitement. It’s been a long two years. It’s a glimpse of normalcy,” she said.

SPRINGFIELD, Ill. — Visitors to the Illinois State Fair this year might notice some evidence of ongoing construction, part of a major investme…

Ag is in the forefront of the Illinois State Fair in Springfield from the first day the fair opens on Friday, Aug. 11, and especially on Agriculture Day Aug. 16 until the Midway winds down on Aug. 21.