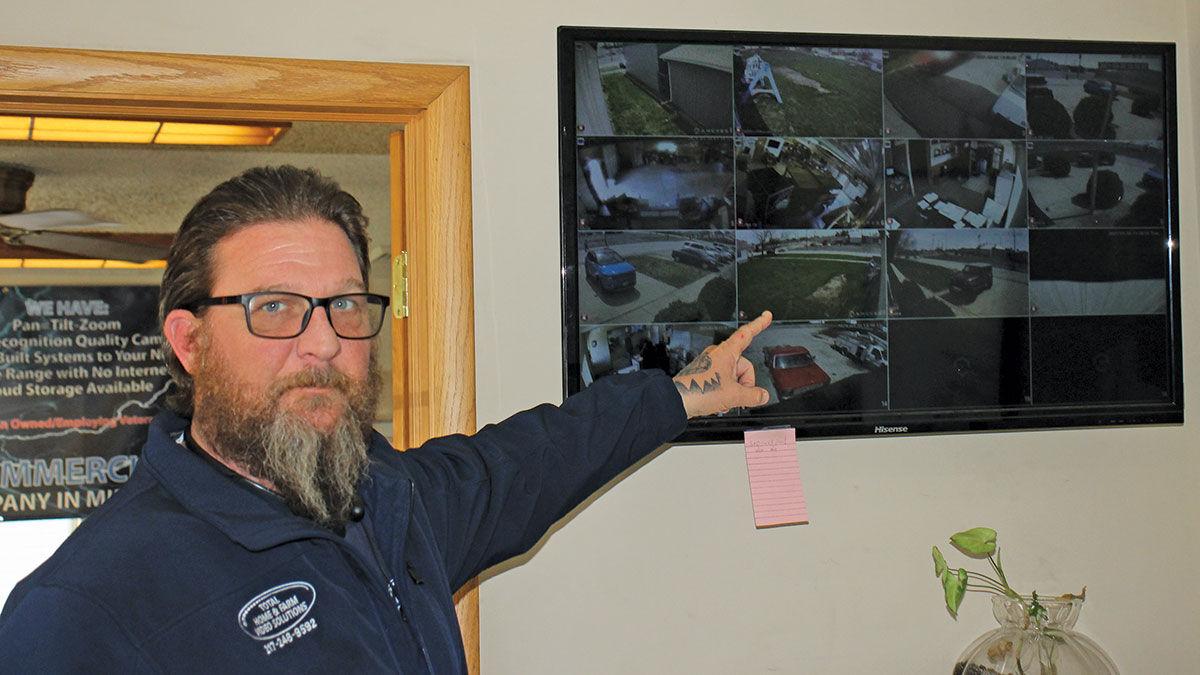 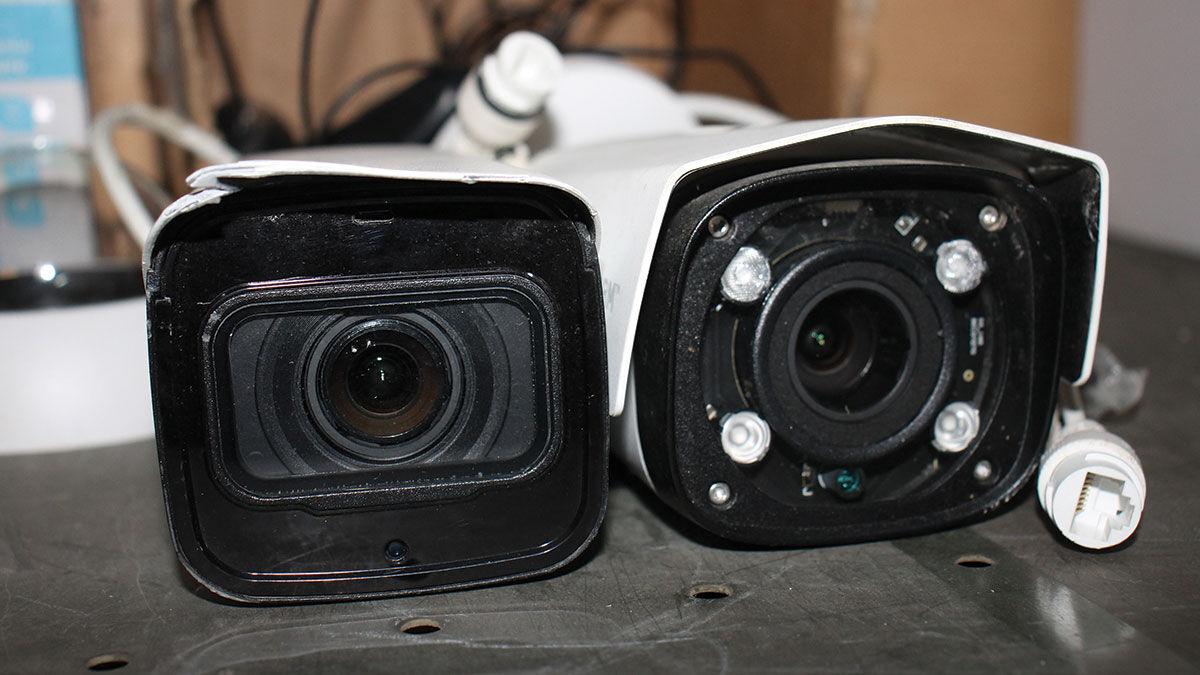 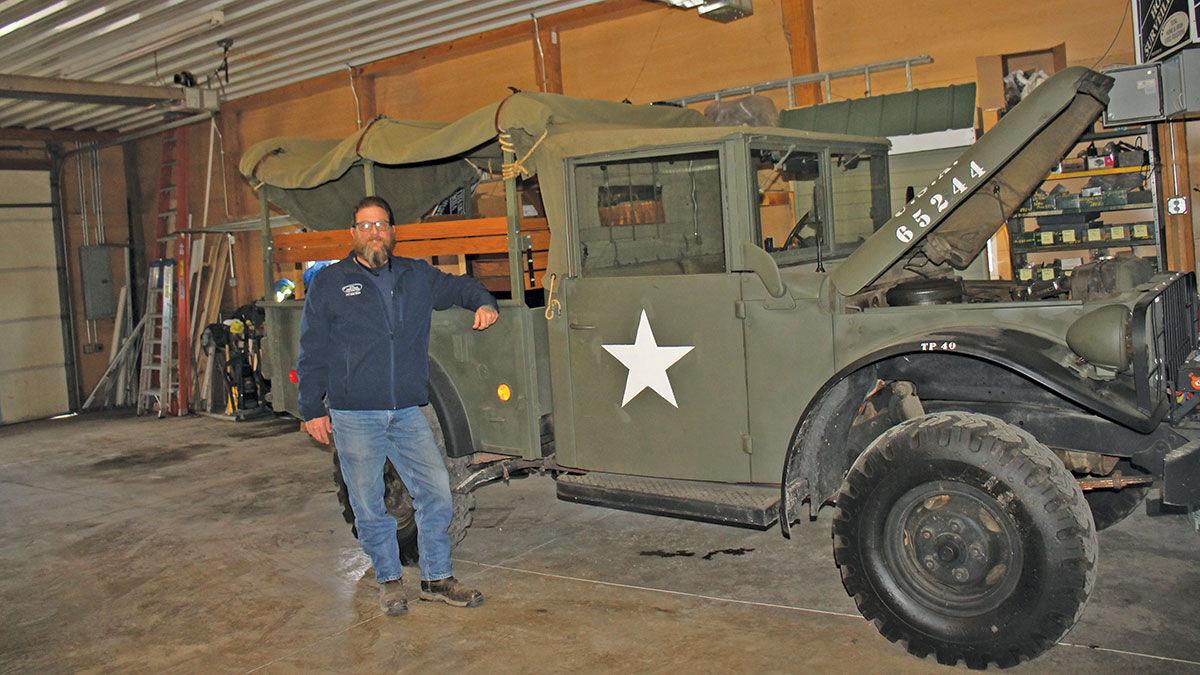 MATOON, Ill. — Todd Ratliff’s life is all about making people safe — in the Army, in his business and just walking down the street.

Most recently, he became an instant firefighter.

On March 10, when walking on a street in Windsor, Ratliff and his nephew, also an Army veteran, saw flames on a garage.

Immediately Ratliff grabbed a garden hose and doused the house to save it, while his nephew checked on residents.

The garage and contents were a loss, but Ratliff’s quick action, followed by firefighters finishing the job, saved the house and the family’s belongings, he said.

Along with coming from a farm background, Ratliff comes from a family of service. Both his grandfathers served in World War II and his dad in the Korean Conflict. He and his brother served in the late 1980s and early 1990s, and his nephews served in Afghanistan and Iraq.

One of his most memorable Army experiences was in Germany when the Berlin Wall came down in 1989.

He still carries himself like a soldier and finds a place for veterans in his business, Total Home and Farm Video Solutions, based in Mattoon in east central Illinois.

“Veterans during the Vietnam and the Korean Conflict were not taken good care of. My dad is one. He is dying of (exposure to) Agent Orange. People need to remember them,” Ratliff said.

He makes that happen. It may be a simple as driving an Army Jeep in a community parade. Or shooting an extra deer during hunting season to deliver to a veteran who needs some meat.

Ratliff smiles when talking about “showing up at the door with meat” and seeing the reaction of the veteran. Ratliff knows his gift is appreciated.

Other times Ratliff’s gifts to the community are related to his business, which provides surveillance systems. He donated a $100,000 camera system to Mattoon schools after a shooting at Mattoon High School in 2017.

When asked about the generous gift, he said, “Sometimes it’s not cheap to do the right thing.”

Ratliff built his business after serving in communications in the Army and working for Panasonic — the kind of video equipment he still uses.

He knew when he opened his business in 2015, he didn’t want to be just another camera store. He wanted to meet a need of the farmers and community.

His customer may be a farmer whose cattle barns are a half-mile from his house and needs to know what is going on at night. At calving time, a farmer may want to check on his cattle five or six times a night.

Another big issue in rural areas is the absence of dependable Internet access — so he offers a system that works without it.

Other farmers use video monitoring for grain bins and driers, unloading trucks or traffic around their machinery sheds.

People need such security, he said. Only two weeks ago, someone stole 30 goats, 20 head of cattle and two donkeys from the same farm. The farmer didn’t have a security camera.

“He does now,” Ratliff said.

Farmers are generally trusting. They look after each other, but sometimes they don’t realize something is suspicious. He relates an example of a woman who saw a stranger in her machinery shed. She waved, thinking it was someone helping her husband. It was thieves.

Ratliff said the number of thefts have gone up “drastically” in the last year, but he doesn’t know why.

“They are stealing John Deere tractors like crazy,” he said. Thieves have even attempted it at dealerships, not only farms.

Ratliff said he has cameras in several states and in every county in Illinois. He works closely with law enforcement. If there is an incident in another part of the state, he said a sheriff will check in with him to see if he had a camera nearby that might have caught something.

He does get riled when he sees retirees getting taken advantage of and when people steal farmers’ livestock.

“That’s their livelihood. People used to get hung for that,” he said.

Cattle and goats seem to be the most frequent victims.

“It’s harder to get rid of horses,” he said.

He has some suggestions to be safe on the farm:

Hog operation helps mom bring daughter back to the farm

LAURA, Ill. — When Eleanor Basehoar was a little girl, instead of watching cartoons, she was out helping her dad on the farm as he worked with…

The running nurses in the opening scenes of the TV show M*A*S*H in the late 1970s sparked a young girl’s interest in nursing.

Combine four children under age 8, pepper with some remote schooling, spice it up with two home-based parents working in agricultural careers …

Illinois roads and bridges may not be flunking, but they’re far from being on the honor roll.